KGO
By Michael Finney
MARIN COUNTY, Calif. (KGO) -- A looming crisis for the recycling industry has hit home in the Bay Area. Many garbage companies say it's getting harder and harder to sell the materials they collect in customers' recycle carts.

Now, they want customers to be more selective about what they put in their recycle carts. In West Contra Costa County, trash hauler Republic Services has gone so far as to "ticket" customers for putting something "wrong" in their recycle bins. The citations cost $26.60 each.

In southern Marin County, the Mill Valley Refuse Service is taking a gentler approach-- it puts a violation notice on carts full of non-recyclable materials. But instead of charging a fine, it leaves the contaminated cart behind.

"We're hoping that people will see what they did wrong and clean it out, then pick up the cart the next week,'' Mill Valley Refuse co-owner Jim Iavarone said.

Iavarone and many trash haulers say the market suddenly plummeted thanks to China's new National Sword Policy. Under new rules, China is no longer buying our recycled materials unless they meet strict new standards for purity: Fewer types of plastic, much less soiled material, and less mixed paper.

The policies don't sit too well with some Marin residents who return home to find their recycle carts still stuffed with material.

"Many people put questionable things in the cart hoping that somebody will deal with it down the line,'' Iavarone said. "In the past, it went unnoticed because China was buying it. So we became very lax. No longer. Now we have to deal with it."

Iavarone says residents are understandably confused and irritated at what has been a sudden crackdown on what they put in their bins. Besides the loss of Chinese purchases, recyclers are finding a host of new types of plastic, many of which can't be recycled. They also are using multiple materials to make containers and packaging that also can't be easily pulled apart.

"Even the people who are willing to go to the trouble of sorting their stuff are still confused as to what actually is recyclable and what isn't,'' Iavarone said. "They were used to throwing everything in the bin and they want to do the right thing, but now a lot of what they were doing can't be done any more."

Besides plastic, he says, folks aren't cleaning out enough of their food containers. The food spills onto other recyclables and can contaminate whole loads.

Iavarone has begun auditing recycle bins in his service areas, tagging "contaminated" bins. That can mean anything from food and residue in the cart to non-recyclables such as Styrofoam or film plastic.

Those carts get tagged with "violation notices" that indicate what the customer did wrong. Tagged carts get left behind, but customers are urged to clean out the errant items and put the carts back out again for pickup. Multiple violations can result in a charge for dumping the cart as garbage.

"That can cause a lot of anger and calls to the office,'' Iavarone said. "People say why did you leave my cart behind it had a lot of good items in there,"

Iavarone is also testing a program that, basically, reverts to the old way of doing recycling: In the pilot project, he requires residents of Corte Madera to separate paper from the rest of their recyclables to keep them cleaner.

"Food seeps out onto the paper and it ruins the paper,'' Iavarone said. "This way we can keep the paper clean and far more marketable."

Some residents also have complained about having to take that extra step on trash day. Others complain that washing out containers to make them recyclable requires using too much scarce water.

"There are no easy solutions and it's something we have to really think about in the long run,'' Iavarone said.

On a recent morning, he tagged about a half dozen recycle carts. Several others contained just a few errant items, like film plastic or foam food containers.

One resident, Tony Balian, had placed two wooden boxes and a plastic case in his recycle bin. Iavarone removed those items, prompting Balian to come out of his house to find out what he did wrong.

"Hi there I just had to pull these from your recycle cart,'' Iavarone told Balian. "Why? That is not recyclable?" Balian asked. "No, this is wood and there's leather and paint on it and they won't be able to process this."

As for the plastic case, Balian said he thought all plastic was recyclable. "No, they can't accept this because it's not the type that can be recycled,'' Iavarone explained.

"How is a homeowner supposed to know that?" Balian replied.

"I know, it's tough,'' Iavarone said. "The rules have changed." And he went into a whole explanation about the China policy.

"This is a slow can-by-can process,'' Iavarone said later. "Hopefully in time, people will understand this stuff can't be put in the cart anymore."

He uses a term that is growing in the recycle lexicon. "It's wishful recycling,'' he said. "People wish something is recyclable because they don't want to put it in the landfill but it's not really recyclable. It just creates more work for the processor and that stuff gets sorted out and thrown away in the landfill, so you may as well put it in the garbage in the first place."

Balian says it's too difficult to figure out what's acceptable and what isn't.

"I thought I was doing a good thing by putting this in the recycle cart,'' Balian said.

Iavarone says most customers believe they're doing the right thing when they put in items like coat hangers and toys.

"They have parts and they think that some processor is going to take the time to take it apart and use all the pieces.'' he said. "No way. That's not going to happen. It's not helping. Just the opposite. We have to admit it's garbage."

If you're confused about what is allowed to be recycled, Mill Valley Refuse Serivce lets you look up the item and see if it can be recycled. You can find that web page here. 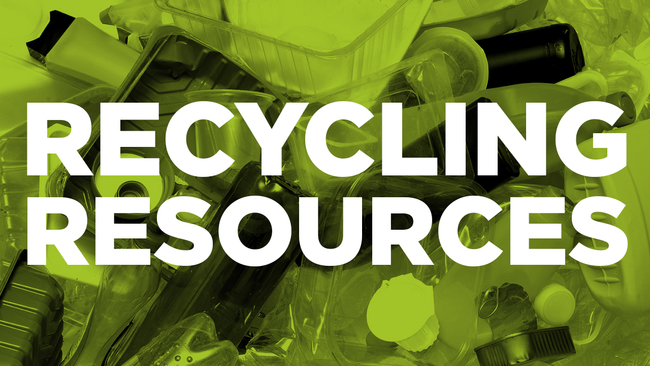 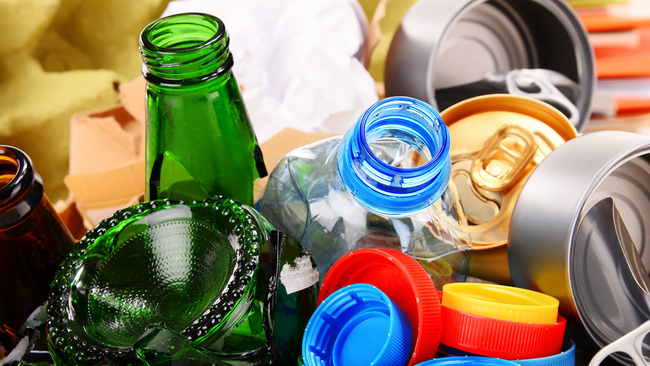