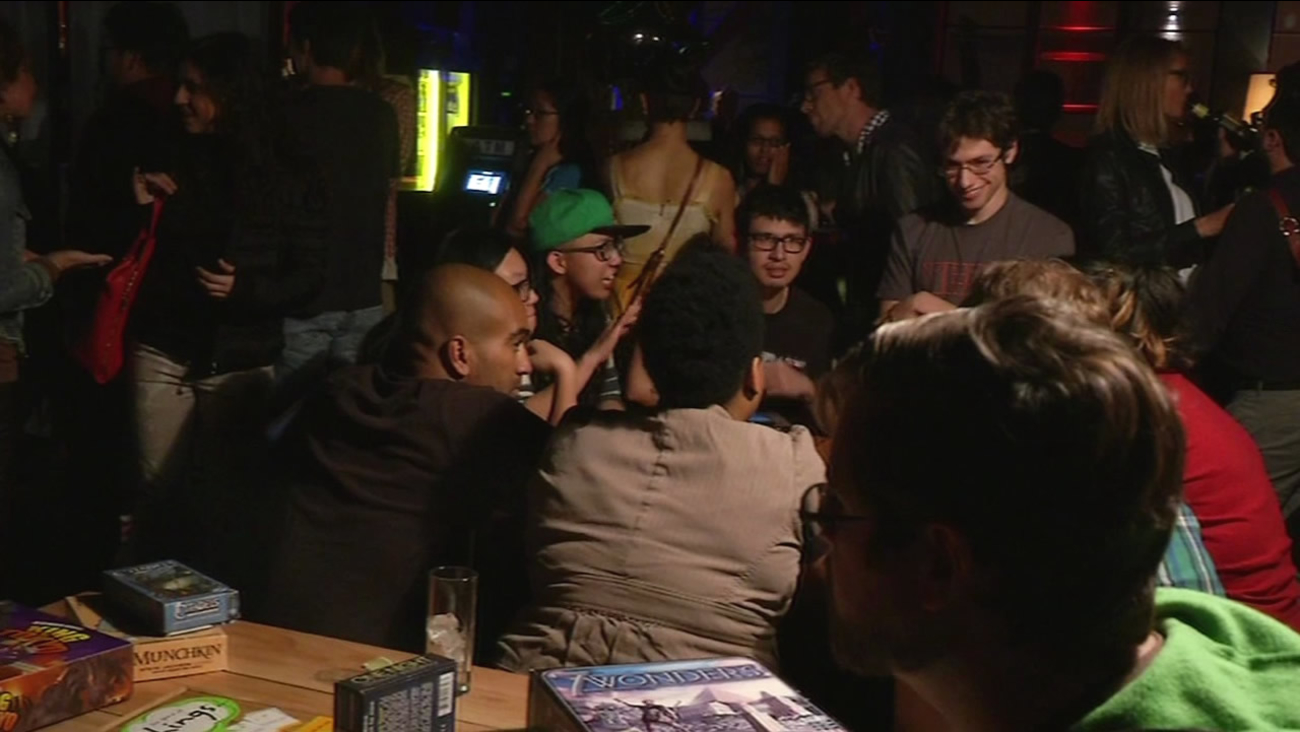 KGO
SAN FRANCISCO (KGO) -- There was a time when being called a nerd was an insult, but times are changing. Now being a nerd can be an entree to a high paying job or even a hot date. So, it's no wonder there's a growing nerd social scene aimed at smart people who want to think and drink.

Nerd Nites are informal lectures held at bars. They started in Boston about 10 years ago and are now offered in more than 75 cities around the world. The concept is a perfect fit for the Bay Area. A once-a- month Nerd Nite at San Francisco's Rickshaw Stop is usually sold out, with standing room only. Nerd Nite East Bay is also very popular. That event is held once a month at the New Parkway Theater in Oakland.

"A lot of academic things can be very stodgy and kind of hard to get into, but when you add alcohol into the mix it kind of loosens people up," Nerd Nite East Bay organizer Rick Karnesky said.

"People are there to learn and to have fun and to kind of revel in the crazy things that other people do," Nerd Nite San Francisco organizer Bart Bernhardt said.

Bernhardt organizes the event along with Lucy Laird. "It's not really corporate. It's just down and dirty and fun," she said.

Most Nerd Nites offer a series of short talks on off beat, but usually intellectual topics that sometimes include demonstrations. The events have a wide appeal with talks that range from science to history, to pop culture and sometimes just basic weirdness. Nerd Nite regular Brian Seitel believes the word nerd can apply to anyone who wants to learn.

The Nerd Nite concept is so popular, organizers recently put on a block party in coordination with the Bay Area Science Festival. The block party featured nerdy activities at multiple bars at the same time.

One bar featured games designed to appeal to nerds. They included games such as Throw Trucks with Your Mind. Each player wears an EEG headset that reads brain waves. The calmer and more focused a player is, the stronger his or her powers become. "This is pushing neuroscience as an entertainment product," Game developer Lat Ware said.

Long time video game player Eric White of Fremont enjoyed the game. "I have a little nerd in me. I'm not going to lie," he said.

Other nerdy delights at the block party included a giant 3D model of brain activity and something called The Emotional Arcade in which players focus on strong emotions to blow up balloons.

Bay Area Science Festival organizer Kishore Hari has found a big demand for events that get participants thinking. "There are so many educated, interested people that are looking for intellectual outlets," he said.

Jennifer Tharp said she never misses a Nerd Nite. "It is a big part of my life. I just think it's a lot of fun," she said.

The block party also featured Nerd Speed Dating. "You get to self identify as a nerd. So as long as you think you are a nerd, then you absolutely get to participate," Coordinator Sarah Houghton said.

There were 10 men and 10 women talking to each other for three minutes and then they rotate to a new partner. There is no guarantee you will find love, but at least you are likely to learn something.

Nerd Nite East Bay is on the last Monday of the month at The New Parkway Theater in Oakland.

Nerd Nite North Bay is on the first Tuesday of the month at Hopmonk Tavern in Novato.