Planners take the worry out of how to propose

KGO
By by Ken Miguel and Dion Lim
SAN FRANCISCO (KGO) -- As if planning a wedding isn't enough, people are now planning their proposals, too. Business is booming for proposal planners who are working across the nation to make sure that lucky someone says yes.

Wedding proposals are now the other "big day." In some cases, they are taking as much planning as the wedding itself.

"We plan customized wedding proposals," said Heather Vaughn of The Yes Girls, in Southern California. For nearly 10 years, the company has offered proposal packages, taking care of all the details for a perfect marriage proposal.

When Brook of Vista, California popped to question to his fiancé Amber, he turned to The Yes Girls for help.

He said, "I had a vision that I wanted to make this momentous event occur where there were fireworks were by the beach."

He added, "I plan to get engaged and get married one time in my life - so I did not want to mess up this day."

She was impressed. She said yes.

Sometimes catching that moment is a bit tricky. That's where Paparazzi Proposals come in.

James Ambler came up with the idea for Paparazzi Proposals.

"We've had guys who have come in and spent $40,000 on a proposal. So, it really varies on the proposal, the guy and how grand he wants to make it," said Ambler.

They'll stalk you on that special day to capture all the moments leading up that all important question. Paparazzi Proposal packages start at $495.

Ambler says, "That comes with an hour of photography all the planning details, maps diagrams, everything that they will need."

The company is based in New York, but offer packages nationwide. It was in Manhattan where Palo Alto's Michael Benedosso popped the question.

"I took her to Washington Square Park and I told her I loved her for the first time, so it had a scene of very significance for us," said Benedosso.

Then the paparazzi moved in.

"All of the sudden," she said, "I see this guy with a telephoto lens, ninja to the ground, behind him like this - and I thought oh my god these New York tourists are so aggressive. This is crazy, and then I looked up and realized Mike was on one knee."

She said YES. They are getting married next month.

So, what's the track record for companies like these? They've seen thousands of proposals, and so far, no one has ever said no.

But they say picking the right place to ask is very important and that varies depending on where you propose.

The most popular places in the Bay Area are overlooking the Golden Gate Bridge, the wine country or at the Palace of Fine Arts.

In Los Angeles, it is on the beach or at the Santa Monica Pier.

In New York, the most popular places to pop the question are in Central Park, Times Square or on a rooftop overlooking the city. 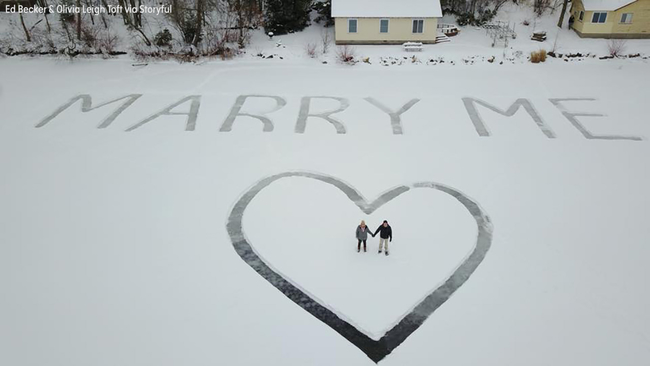 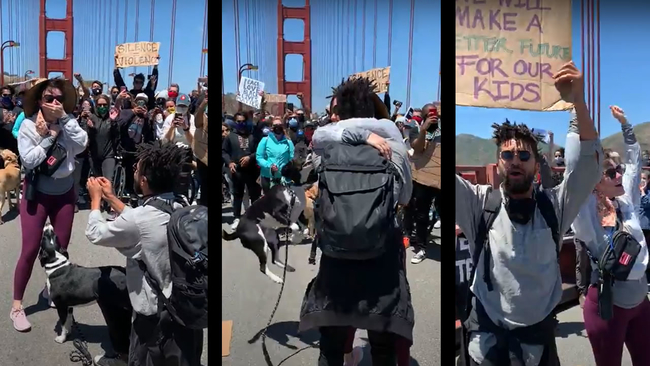 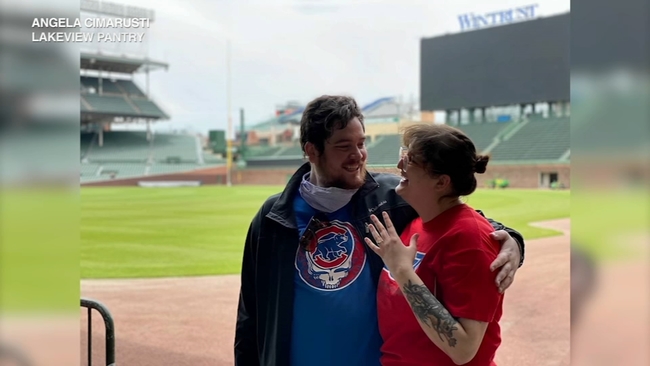