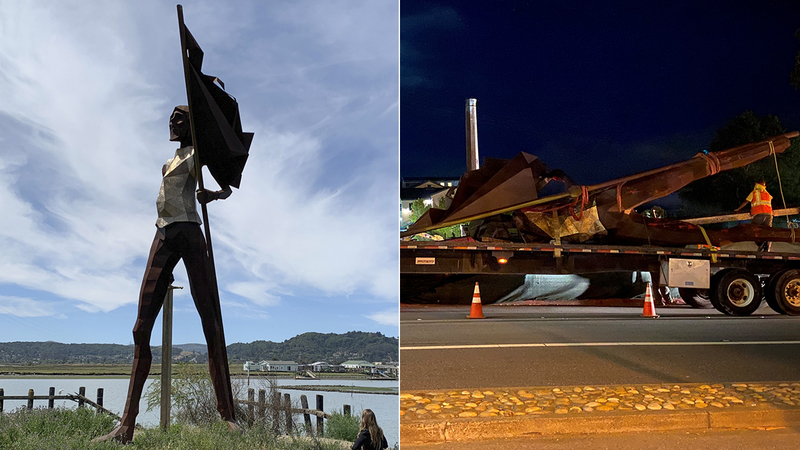 MARIN COUNTY, Calif. (KGO) -- A 30-foot tall steel sculpture of Sir Francis Drake has been removed by crews near the Larkspur Ferry Terminal in Marin County.

The 30-foot tall steel sculpture was put up next to the terminal in 1990.

A petition has been circulating to remove the statue in Larkspur of the British explorer because of his history of slave trading. There has been a similar movement to remove a statue of him in Plymouth, England.