MARIN COUNTY, Calif. (KGO) -- All of a sudden, the British explorer Sir Francis Drake has been getting a bad name.

In Plymouth, England, there has been a movement to remove his statue.

Now, there is a similar drive to erase him from Marin County.

"They think they're doing something important. They're not," said Dennis Patton of San Rafael.

In 1990, his 30-foot tall, steel sculpture of Sir Francis Drake went up next to the Larkspur Ferry Terminal.

I looked at it once or twice, I thought it was man from La Mancha or Don Quixote," said Marin County activist Noah Griffin.

Since the Black Lives Matter movement heated up, the statue has become controversial.

"I am disgusted by it," said Lauren Brown.

When she looks at the statue, she sees a man with a history of slave trading.

"He had to be the baddest bathtub on his boat," said Patton. "That was not a sculpture of him, but the event!"

"This is all about propelling this narrative of white superiority," said Brown.

When she saw Black Lives Matter protestors on Sir Francis Drake Boulevard, it struck her as ironic.

"They were protesting Black Lives Matter on a street named after a slave trader."

It spurred her to draft a petition now signed by thousands hoping to change the Drake narrative.

"I would use that sculpture as scrap metal. Maybe take it to Burning Man," she said.

In 2019, she forced the Dixie School District into a name change, citing a racist history.

Together, they see George Floyd as a catalyst for awareness and change.

"It is like someone throws a rock and concentric circles go out," said Griffin. "What you connect between George Floyd and Sir Francis Drake is an increased awareness of racial sensitivities we were not aware of before."

Patton, meantime, is all about interpretation.

"They are attacking an honest, loving heart. Mine."

Call it collateral damage in a world hoping for a better future by looking at mistakes from the past.

"If they pull this off, I'll just name rename it Don Quixote," said Patton.

Then, he laughed, wryly. 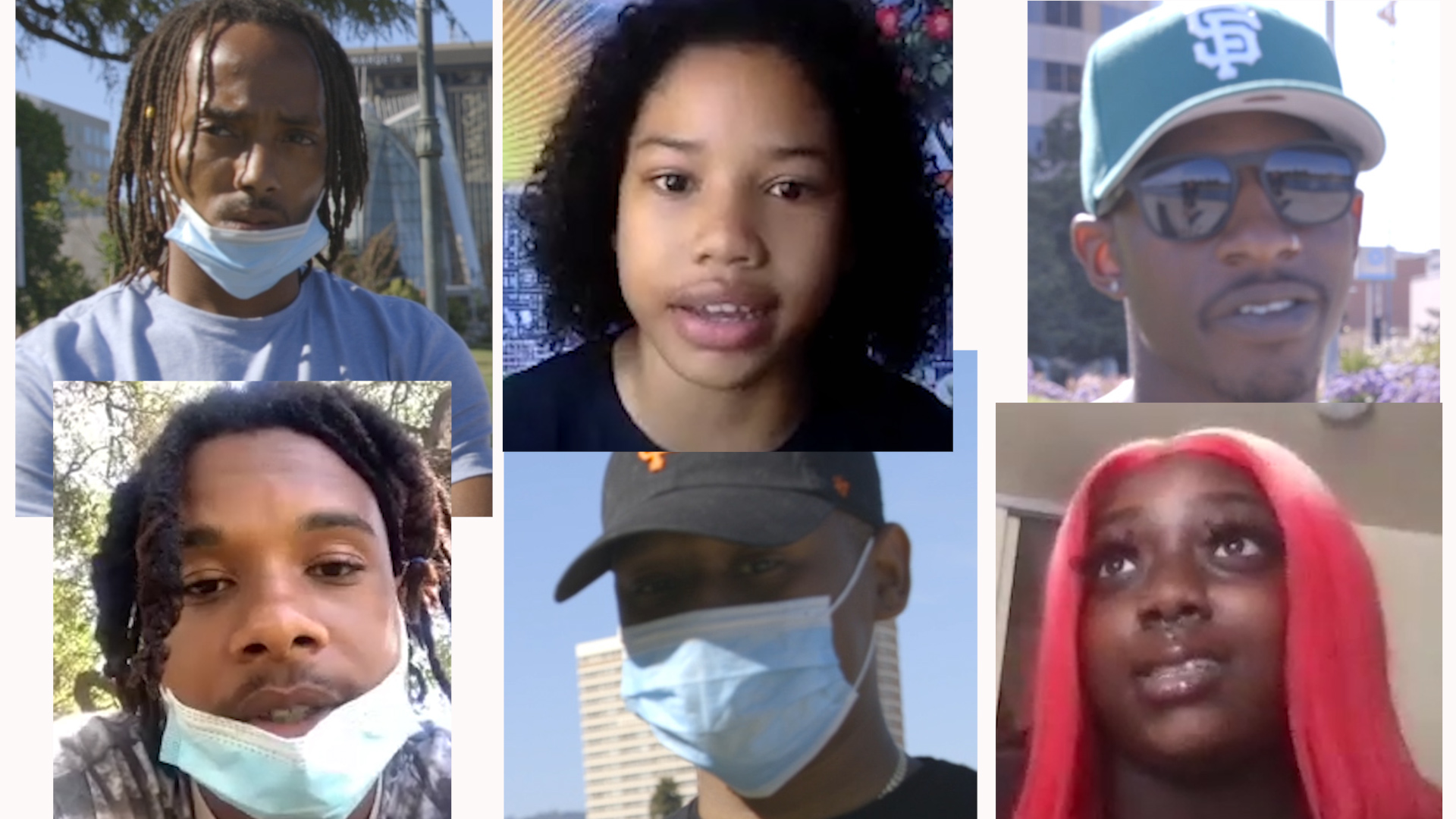 In Their Own Voice: Young, black Bay Area residents react to the killing of George Floyd