'We also have a hiding spot for our parents': Undocumented family reveals they have secret room in case ICE comes to their home

SAN FRANCISCO (KGO) -- No raids were reported in the Bay Are this weekend but many in the undocumented community are still on high alert.

"This weekend was very scary. I don't want to lose my parents," said Evelyn Leon Mesa.

Evelyn Leon Mesa was born in the U.S., but her parents are undocumented. This weekend she convinced them to not show up at work and to stay home instead.

RELATED: 'We are not bad people': undocumented immigrants avoid San Francisco's streets in fear of raids

"We always say that if we have people knocking on our door to not answer and to pretend like we are not home and if there is a forced entry we also have a hiding spot for our parents," said Mesa.

It is a hiding place they built years ago. They tell ABC7 News that after the announced raids by President Donald Trump, they're even more convinced that secret room is necessary.

Enriqueta Leon has lived in the U.S. for 25 years.

"Somos gente trabajadora que venimos a ayudar a la gente Americana a ciudar a sus hijos," said Leon. (We are hardworking people who came here to help Americans. I'm a nanny, I take care of their children.)

The rapid response network says it's ready to represent any undocumented immigrants detained by ICE. This weekend they did not receive any reports of raids.

"These raids are politically motivated and as we get closer to the elections that these attacks will be constant and it's important to emphasize that we are ready to respond," said Edwin Carmona-Cruz with Pangea Legal Services.

In San Francisco activists delivered petitions to Amazon, calling for the tech giant to cut ties with ICE.

"Amazon web services which provides all the storage for the data that people are mining and collecting about immigrants in order to detain and deport them. It also has developed facial recognition technology," said Kung Feng with Jobs with Justice SF.

In a statement Amazon responded:

"As we've said many times and continue to believe strongly, companies and government organizations need to use existing and new technology responsibly and lawfully. There is clearly a need for more clarity from governments on what is acceptable use of AI and ramifications for its misuse, and we've provided a proposed legislative framework for this. We remain eager for the government to provide this additional clarity and legislation, and will continue to offer our ideas and specific suggestions." - AWS Spokesperson 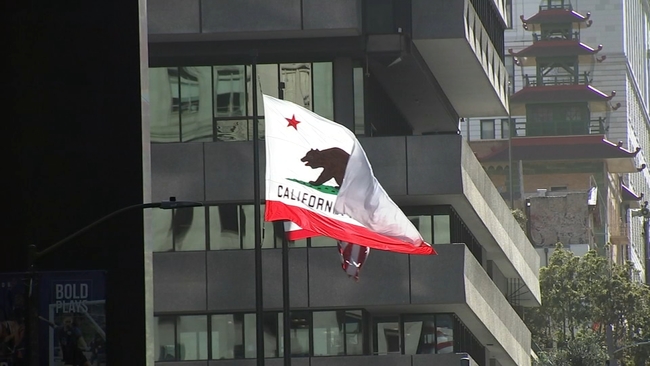