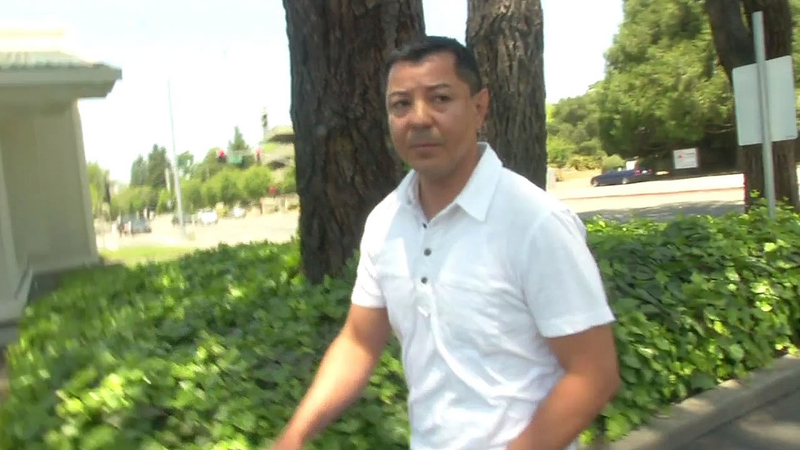 SONOMA COUNTY, Calif. (KGO) -- The government is stepping in to challenge the bankruptcy filing of a Sonoma County couple accused of bilking hundreds of distressed homeowners. They lost hundreds of thousands of dollars, and if the couple is granted bankruptcy, it would be impossible for homeowners to get their money back. 7 On Your Side first began investigating this story two years ago and has these new developments.

Miguel Angel Lopez-Soleta and his wife, Heidi Beth Marks-Lopez, are accused of failing to declare nearly a quarter million dollars in income in their bankruptcy filing. The raw emotions felt by their alleged victims surfaced as news of the U.S. Trustee's decision spread.

Some of the people who say they've been victimized by Lopez-Soleta gathered to share stories. Novato resident Sonia Lopez and her family say Lopez-Soleta cheated them out of $36,000. Santa Rosa resident Eugenia Dada says she lost more than $16,000. Lake County resident Nellie Dingwall's husband had just been diagnosed with cancer when she says she was bilked out of $1,950.

"Miguel Lopez, knowing that my husband was just diagnosed with cancer, I mean, how cruel is that?" Dingwall said.

Santa Rosa resident Renae Middleton says she was cheated out of the same amount. And Petaluma resident Dana Scheiner lost her home and $3,000.

"He told us he was going to save our house. My husband worked his ass off trying to keep that house and Miguel Lopez totally lied to us," Scheiner said as she began to tear up.

Lopez-Soleta is listed as president of Mortgage Modifiers which used to operate out of an office park in Petaluma. Last year in April, 7 On Your Side was there when state agents served a search warrant and confiscated records from both Lopez-Soleta's office and home.

He's accused of taking people's money for his help to get loan modifications, but rarely submitting paperwork to the banks. His wife is accused of using her position at a finance company to refer clients to her husband.

"A lot of people have lost their homes. It's not right. We need to get our money back and he needs to suffer the consequences and his wife included," Middleton said.

These people believe the Lopezs have filed a fraudulent bankruptcy in a bid to get out of their debts and the U.S. Trustee agrees. In court filings the trustee wrote: "Defendants did not disclose that they received gross income in 2012 $299,886 and in 2013 $48,585 from their business Mortgage Modifiers Inc. and in 2013 $8,000 from their Mortgage Modifiers LLC proprietorship."

The couple only declared a combined $132,947 for both years. Their attorney, Paul Jamond, declined to talk to us on the record stating he would not be representing the couple in the U.S. Trustee's case. But in an audio recording obtained by ABC7 News, from the court of a previous hearing, Jamond blamed 7 On Your Side for investigating the case.

"It's Channel 7 On Your Side that is pressuring the U.S. Trustee's office to do something in this case," Jamond said. "Without the publicity of Channel 7 driving this case, this issue would not be going forward."

The trustee also accuses Lopez-Soleta of accepting a personal loan of $15,000 from Sonia Lopez' family, but not paying it back. This agreement signed by the parties stated "The funds will be returned on May 20, 2013 in full" and that "$1,500 will be provided every month for the next 3 consecutive months for a total of $4,500." The family said through an interpreter that they fell victim to an affinity crime.

"Yes, he also did fraud with other Hispanic families except that they're scared of, you know, to come and talk," Sonia said.

Sonia said she paid Lopez-Soleta $2,000 every month for nine straight months with the understanding the money would go to pay her mortgage, but he never sent the money to the bank.

"Yes it's very hard because I work very hard. He should pay for this," Dada said.

We attempted to reach Lopez-Soleta, but his phone was not accepting messages. This is the second time the Trustee has challenged Lopez' bankruptcy filing. His first bankruptcy application was denied in 2011. The State Attorney General has yet to decide whether to file a case against Lopez.