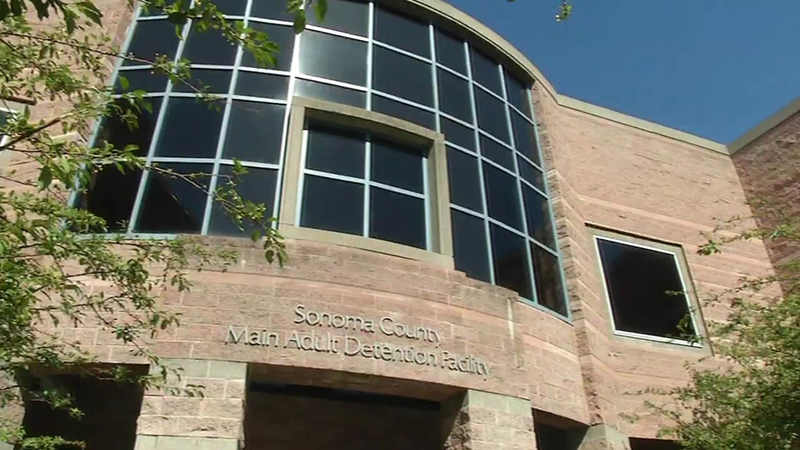 SANTA ROSA, Calif. (KGO) -- ABC7 News spoke exclusively to one of the inmates at a North Bay jail who claim they were beaten and tortured by guards.

Two inmates filed a federal lawsuit on Monday claiming they were beaten and tortured in the Sonoma County jail -- and they're not the only ones.

There are only two names on the lawsuit, but their attorneys have talked to many more inmates who tell similar stories, and may sue later. And the attorneys could go after other deputies as they gather more information. The lawsuit charges merciless beatings and threats.

"Guys in black came in and they were all wearing masks, hitting us and calling us bitc*** and telling us that it's their house and that they can beat us," former Sonoma County jail inmate Danny Banks recalls.

Banks is one of two plaintiffs suing. He says he and some two dozen other inmates were beaten viciously on May 28 in the maximum security unit of the Sonoma County Jail in Santa Rosa.

Attorney Izaak Schwaiger represents Banks and former inmate Marquis Martinez. He read some of the inmates' experiences: "And then I felt someone punch real hard on the back of my neck. I was crying telling them to get off me, that I couldn't breathe."

The other inmates have all written letters. Their accounts of the day match those of Banks and Martinez.

"They proceeded down the tier, one locked room after another, opening them, entering them, multiple deputies," Schwaiger said. "They were wearing black ski masks, black body armor, no badges, no name tags."

The inmates say the beatings started when one of them got into a verbal altercation with a deputy. The rest they say were then beaten when they protested.

"They beat this individual so badly that he lost control of his bowels. They stripped him naked and locked him in an isolation room, covered in his own feces for two days," Schwaiger said.

Schwaiger believes there is a pattern of ongoing abuse at the jail.

"Many of the inmates said, 'Please help us. This is not the first time this has happened,'" Schwaiger said.

The inmates say a lieutenant and a supervising sergeant were involved.

"This is not like out-of-control, rogue deputies. This is a system of sadism," Schwaiger said. "It's not a bad apple here or there. It's a bad tree."

The inmates say the beatings lasted five-and-a-half hours. And by the way, there should be video of whatever happened. The attorney says jail policy requires deputies to record all forced cell extractions.

After our report aired early Monday night, ABC7 News received the following statement from the Sonoma County Sheriff's Office. We are including their statement in its entirety.

"The Sonoma County Sheriff's Office has been made aware of a lawsuit filed in US District Court naming Sheriff Steve Freitas and members of the Detention Division. The suit alleges excessive force and policies that encourage prisoner abuse, violation of civil rights and seeks monetary compensation. We are aware of the incident and we are conducting further review as is standard practice in all complaints.

We categorically deny the outrageous and inflammatory accusations delineated in the complaint. The Sonoma County Sheriff's Office takes claims of abuse and excessive force very seriously. Based on an initial review of the complaint, there is absolutely no basis to the allegations of torture, sadistic actions, and patterns of egregious constitutional violations or human suffering.

The correctional deputies were responding to the actions of a seemingly coordinated mass disturbance by inmates housed in administrative segregation. The inmates' collective actions interfered with the safe operation of the facility and the security of staff and inmates.

The Sonoma County Sheriff's Office takes very seriously our obligation to treat all inmates with dignity and respect, and is confident that we will prevail in this lawsuit. Our policies, procedures, training and actions are in full compliance with all legal standards and practices governing our detention facilities.

Due to pending litigation, we cannot comment any further on the case, its merit or allegations. All further inquiries should be directed to County Counsel."