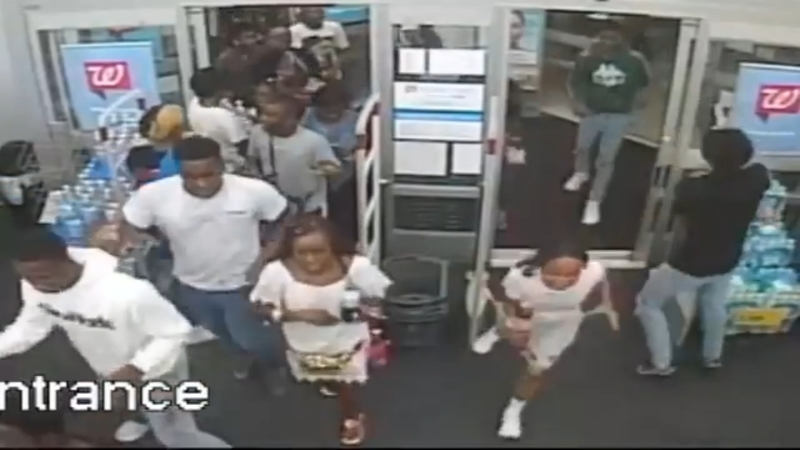 Police said approximately 60 young men and women ran into the Walgreens, knocked items from shelves, and then stole merchandise.

Captain Sekou Kinebrew of the Philadelphia Police Department told reporters after the incident that a cashier attempted to intervene and he was hit in a head with a glass bottle.

"Between the things that they stole and the property damaged inside, it's between $6,000 and $7,000 in damage," said Captain Kinebrew.

Before reaching the 1800 block of South Street, teens could be seen on surveillance video stopping traffic, crowding and running along the street.