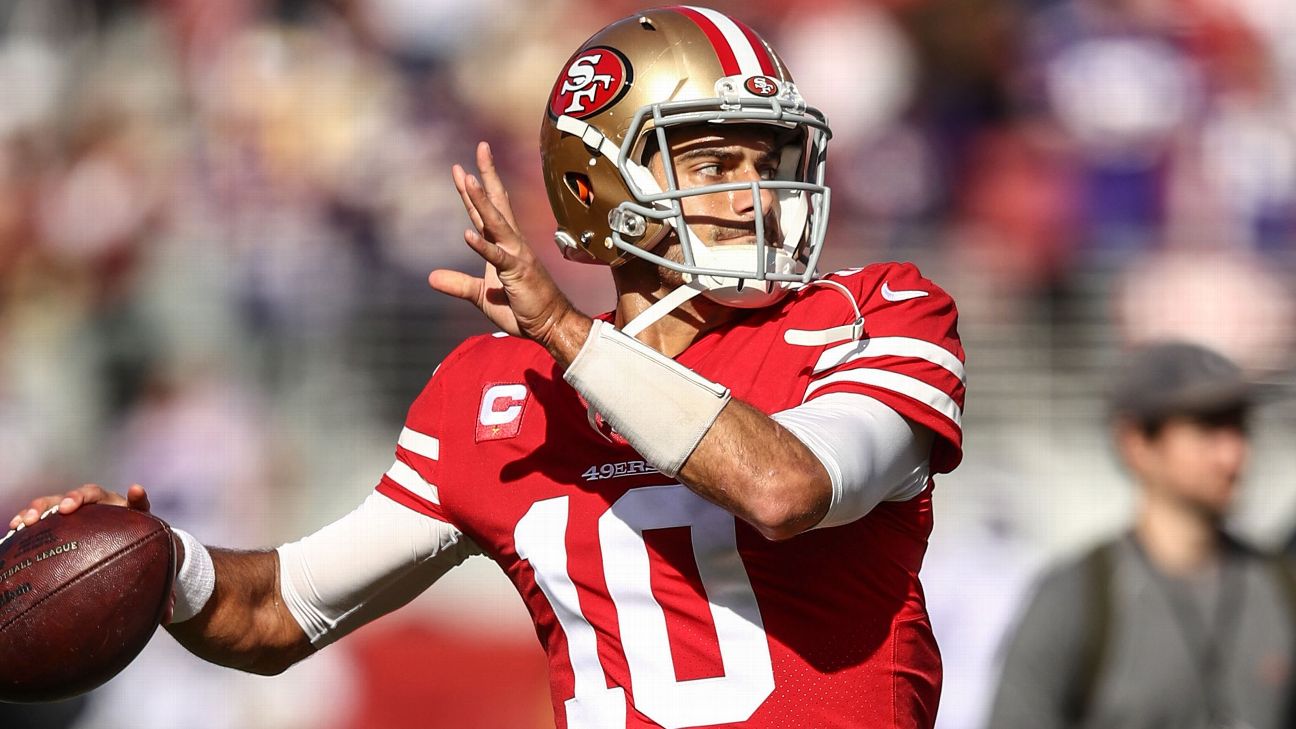 We're down to four teams and three games to determine the Super Bowl champion for the 2019 NFL season.

A wild, divisional-playoff weekend has placed the AFC Championship Game at Arrowhead Stadium, where the Chiefs will host the Titans. The Titans pulled offa huge upset of the Ravens on Saturday, while the Chiefs mounted a 24-point comeback against the Texans on Sunday.

The NFC Championship Game is at Levi's Stadium, where the 49ers will host the Packers. San Francisco kept Minnesota at bay inits divisional-round matchup, while Green Bayheld offSeattle to advance to the final four.

Here's our first look at the conference championship matchups.

What to watch for: Expect plenty of reminders that the Titans won the teams' regular-season meeting in Week 10, a wild, 35-32 back-and-forth in quarterback Patrick Mahomes' first game back for the Chiefs after suffering a knee injury. Kansas City displayed its usual offensive firepower, amassing 530 total yards and 28 first downs. But six of its possessions ended in field goal attempts, and the final two -- a bad snap with 29 seconds left and a block on the final play -- were no good and ultimately the difference in the game. You might also recall that the Titans eliminated the Chiefs in the 2017 wild-card playoff round.

How the Titans win: Find a way to disrupt Mahomes. The Texans had no answer on Sunday; the Chiefs' slow start was due mostly to third-down drops. At this point, giving Mahomes a clean pocket is a surefire ticket to defeat. He will find holes in zone schemes and is now healthy enough to run if no receivers are open against man-to-man coverage.

The Titans weren't a big blitzing team during the regular season, finishing with the NFL's fifth-lowest blitz rate (19.2%). But blitzing isn't usually a good answer for Mahomes. In 2019, he had the NFL's third-best QBR when opponents rushed five or more players (90.5). Instead, the best answer would be to mix and match in a way that keeps the Chiefs off balance and puts Mahomes in difficult downs-and-distances.

How the Chiefs win: Similarly, pressure Titans quarterback Ryan Tannehill. Despite his well-earned credit in turning around the Titans this season, Tannehill was disproportionately vulnerable to strong pass rushes during the regular season. His 3.5 QBR when pressured was the NFL's fourth lowest. He took 31 sacks in 89 dropbacks when pressured. The bet would be that Titans running back Derrick Henry won't be able to carry the offense if the Chiefs can take away Tannehill's big plays.

X factor: Chiefs tight end Travis Kelce. A dominant divisional-round game against the Texans -- 10 receptions, 134 yards and three touchdowns -- came with a price. Kelce suffered a hamstring injury in the second quarter. He did return to play parts of the second half, but soft-tissue injuries can tighten up and worsen in the hours and days that follow. Kelce's availability and effectiveness mean a lot for Mahomes in critical situations, especially in the red zone.

What to watch for: The 49ers demolished the Packers in the teams' Week 12 matchup in San Francisco. The 49ers led 23-0 at halftime and cruised to a 37-8 victory. They sacked Packers quarterback Aaron Rodgers five times and held him to 104 passing yards -- on 20 completions. Can they do it again?

How the Packers win: To beat the No. 1 seed on the road, they'll need Hall of Fame-level play from either their quarterback, their running back or both. That's what led the Packers to the Super Bowl in 2010: superior play from Rodgers and balance from tailback James Starks.

Rodgers looked sharp and was in control for most of Sunday's victory over the Seahawks, a step in the right direction after a less spectacular regular season than we are used to seeing from him. But Rodgers will face a more disruptive defense against the 49ers, and the Packers will need tailback Aaron Jones to keep San Francisco off balance so that Rodgers can do his thing. Don't forget: The 49ers allowed 124.2 rushing yards per game in the regular season, eighth most in the NFL.

How the 49ers win: Play to their strength. Not even a rejuvenated Rodgers can withstand a team that can dominate up front. The 49ers' defensive line was largely responsible for the dismantling of the Vikings, sacking quarterback Kirk Cousins six times and helping limit Minnesota to seven first downs. If the Niners can collapse the pocket at the same frequency against the Packers, they'll make it very difficult for Rodgers, Jones or anyone else to be able to run the offense.

X factor: 49ers cornerback Richard Sherman. Sherman has fully returned from his 2017 Achilles tear and is once against a shutdown, big-play cornerback. If the 49ers can use Sherman to blanket Packers receiver Davante Adams, they'll have quite an advantage in strategizing against the rest of the Green Bay offense. 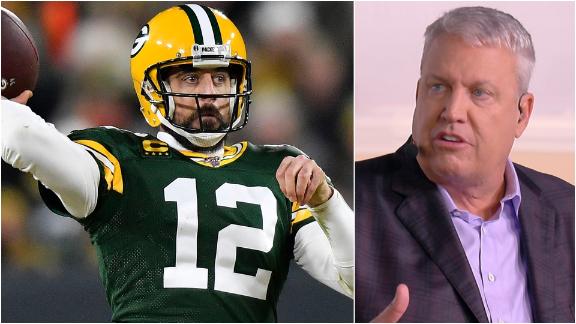 Rex expects a different Rodgers versus the 49ers
Rex Ryan is confident Aaron Rodgers will perform better against the 49ers than he did in the regular season. 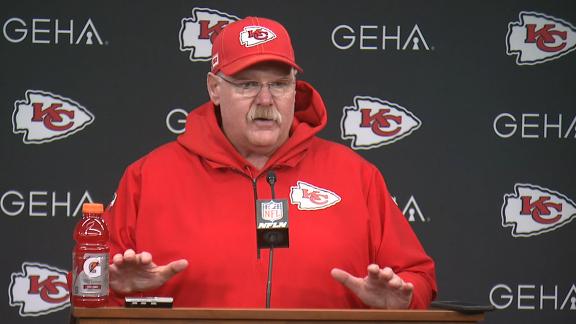 Reid: Chiefs needed to settle down after 24-0 deficit
Andy Reid says the Chiefs had to stay composed after not playing like themselves in the first quarter. 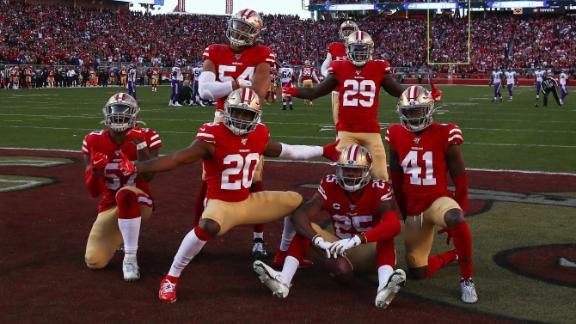