This isn't the first time the San Francisco 49ers have had to deal with a domestic situation involving one of its players.

Miller was arraigned Monday. The case is being prosecuted by the Family Violence Unit of the Santa Clara County District Attorney's Office. Prosecutors say they take even seemingly minor incidents seriously.

Miller let his attorney do the talking in court, entering a plea of not guilty in connection with a March 5 incident.

Police say Miller and his girlfriend were arguing in a hotel parking lot when he pushed her out of his car and smashed her cellphone against a wall.

She now says there was never a physical altercation, so the official charge is misdemeanor vandalism. "Technically this is a domestic abuse case in that the property Mr. Miller damaged belongs to somebody with whom he had an intimate relationship, as such it's domestic violence," supervising deputy district attorney Jim Demertzis said.

The 49ers management issued a statement saying: "The organization is aware of today's developments involving Bruce Miller and will continue to monitor these legal proceedings closely."

Miller is the latest San Francisco 49er involved in a domestic dispute investigation.

Ray Macdonald was released by the team last year after a sexual assault complaint and a domestic violence allegation.

In Miller's case his girlfriend has recanted her police report and in court Monday Miller's attorney said she wants the protective order keeping her away from him dropped.

But prosecutors are still treating this as domestic abuse. "We will seek to include as part of the disposition counceling," Demertzis said.

The San Francisco 49ers have not suspended the player. Neither he nor his attorney were willing to talk after the arraignment. "Not right now. Thank you very much,

Carolyn: "Bruce, do you want to apologize?"

Miller is out on $10,000 bail and is expected back in court May 26.
Related topics:
sportssanta clarasan franciscosan francisco 49ersarrestcrimecourtnflviolence against womenvandalismviolencepolice
Copyright © 2020 KGO-TV. All Rights Reserved.
RELATED 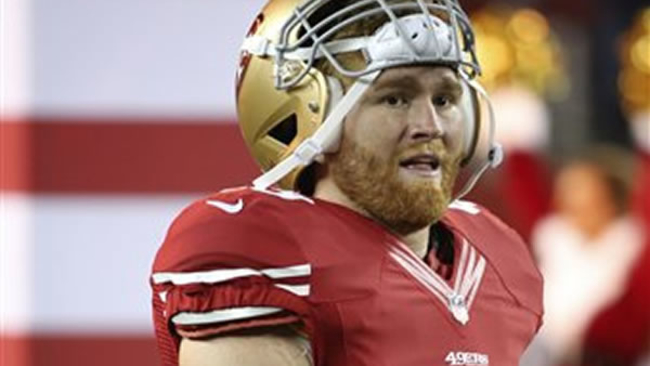