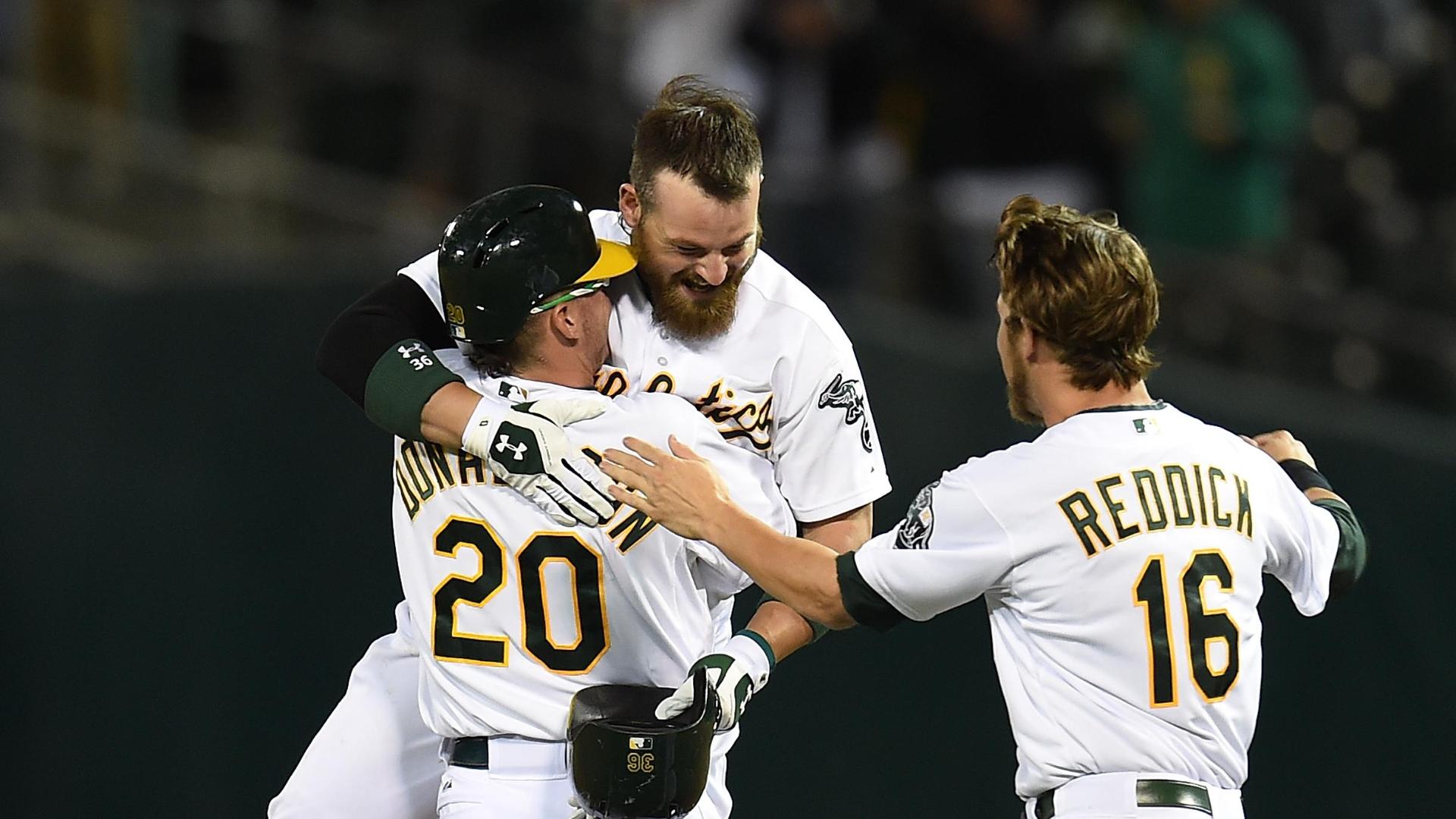 There was much to take away from the Athletics' win over the Tampa Bay Rays on Monday night in Oakland.

There was the A's bullpen, the one-game lead they held onto in the AL West, and there was, of course, Derek Norris' heroic bases-loaded hit with two outs in the 10th inning that delivered the 3-2 triumph.

But the chatter that reverberated a day later, from coast to coast -- in living rooms, offices and warehouses alike -- was for a possum that briefly wandered into left field along the warning track in the bottom of the 10th.

Jeff Samardzija said it was about time to make it the mascot.

"He's been out here before," the pitcher said after the game. "He was out when we were warming up before a few times."

Norris thought the possum was something else entirely -- a byproduct of the Oakland Coliseum's recent sewage challenges.

"I thought it was a really large rat," Norris said. "Which would fit perfectly with the ways things have kind of shaped up the last few years."

Ultimately, the possum shuffled back into the crevices of the Coliseum. The A's then loaded the bases with two walks, allowing Norris to do his thing.

Samardzija, who scattered five hits and a walk for two runs over seven innings but wound up with a no-decision, gave the credit where he thought it was due.

"We're going to have to give him a name, get him a jersey," Samardzija said of the possum. "We've got to keep feeding him." 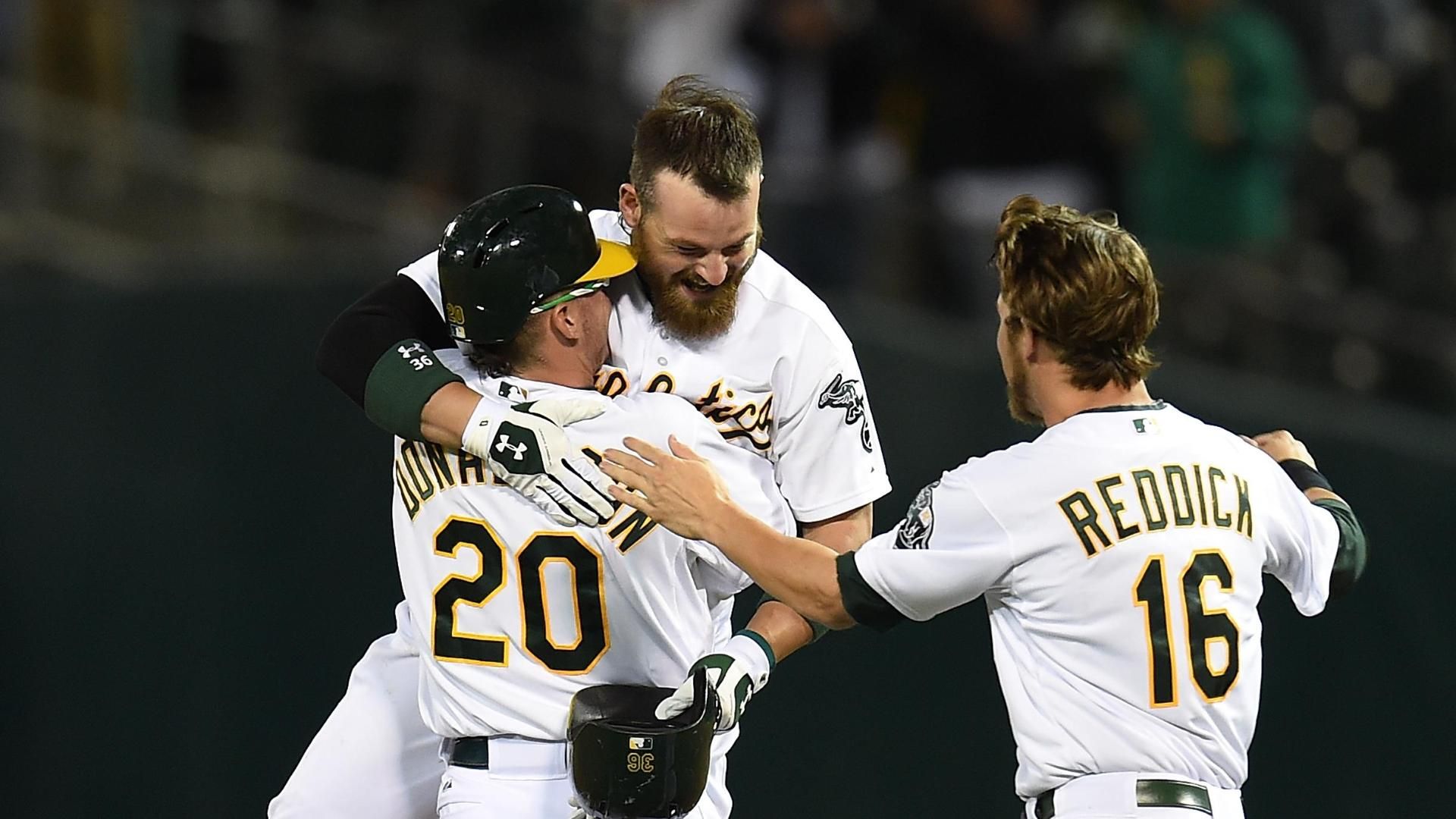