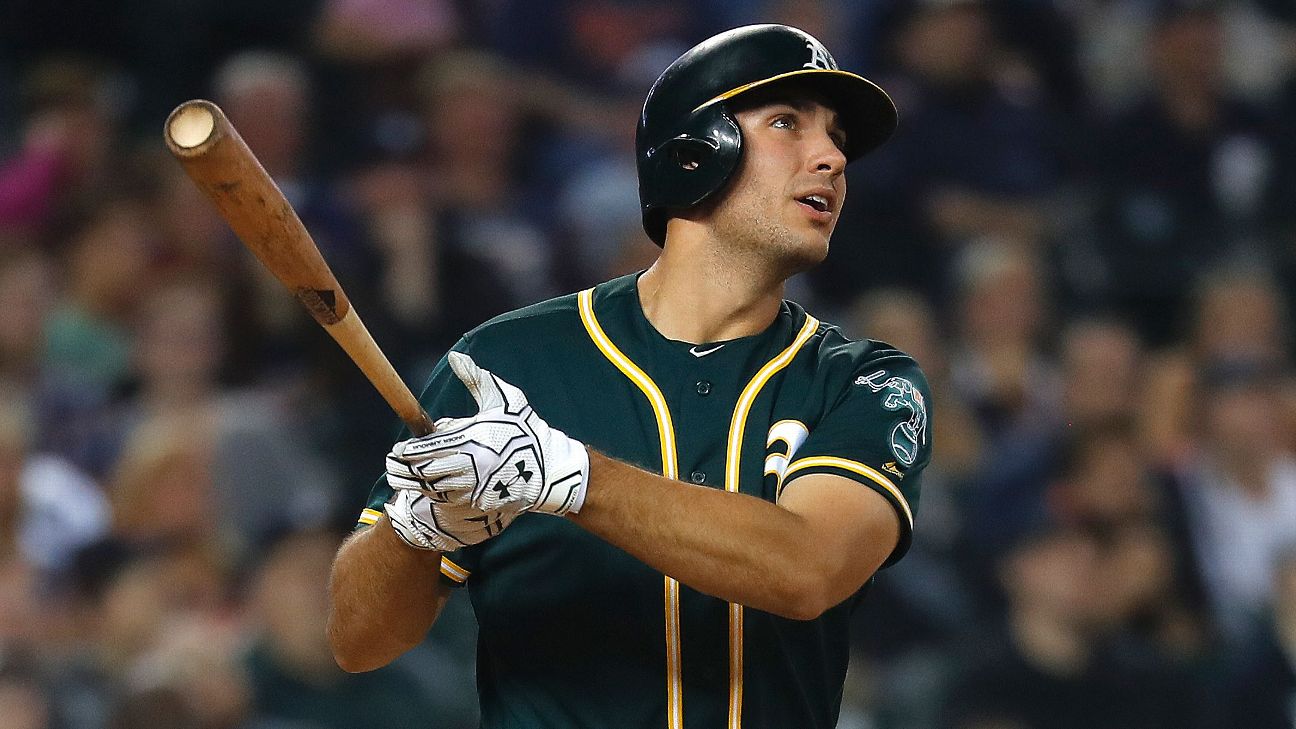 OAKLAND, Calif. -- Gold Glove first baseman Matt Olson has returned to the Oakland Athletics after having surgery on his right hand earlier this season.

Olson was activated from the injured list and outfielder Skye Bolt was optioned to Triple-A Las Vegas. Also, slugger Khris Davis was scratched before Tuesday night's game against Cincinnatibecause of a sore left hip he hurt over the weekend.

Olson had surgery on March 22 to remove a hamate bone. He was injured a day earlier when he fouled a pitch off his hand in his final at-bat during the second of the Athletics' two regular-season games against Seattlein Japan.

Davis was in manager Bob Melvin's original lineup for the series opener against the Reds, but was scratched two hours before the first pitch. He bruised his hip when he ran into the railing near left field at Pittsburgh on Sunday.