In celebration of Black History Month, the NHL Black Hockey History mobile museum is making stops in San Jose and Oakland as the league continues to show that hockey is for everyone.

"Black history is obviously a worldwide thing and it has its place in hockey," San Jose Sharks forward Evander Kane said. "I think, over the years, it has been overlooked. It's nice for it to be recognized in some sort of a capacity this year. Especially with young minority groups that don't know much about the game of hockey, I think it's a great lesson. Them understanding that there were guys that look like them that played 30-40 years ago and just learning the history of this sport and the history of our culture as black people."

The museum celebrates those pioneers who helped create this culture in hockey that continues to grow today.

Some displays include an entire wall celebrating achievements in black hockey history, the wall of pucks representing every black player to play in the NHL and even equipment of notable black Sharks stars like Kane, Mark Grier and Joel Ward.

The museum tells the story that Kane hopes inspires the next generation of hockey players.

"In order to grow the game and grow the sport, you have to have people from all types of backgrounds and from all different places around the world interested and a part of it," Kane said. "That's how you grow the game and that's what you've seen other leagues do throughout the course of time. For us, as hockey players and as a sport, that's why it's so important."

The #BlackHockeyHistory tour will stop in San Jose and Oakland this weekend. @evanderkane_9 says he is excited to see the museum stop in the Bay Area and visit the diverse culture we have here and hopefully inspire some future hockey stars. pic.twitter.com/HOfgAoVT9L

As one of the black players in the league, Kane has taken it on himself to be a voice in the hockey and sports world to help the NHL become more diverse.

He says the work he does every day to grow the game will continue throughout his career.

"Just continuing to do what I do on the ice and then push the message off the ice and continue to be myself," Kane said. "Just seeing the different cultures in different sports and trying to bring a little bit of that to hockey in terms of changing some of the old-school natures of hockey is important and I think it's going to help grow the game and make it more popular. We're more than just athletes, we're more than just hockey players. I know it's a cliché that has been used in the past, but it's the truth, especially in our sport, and having people outside of the hockey community see that."

.@evanderkane_9 says that other black athletes have inspired him to be a great hockey player & person on & off the ice. He looks at what guys like @KingJames, @MichaelVick and @alleniverson did to help grow their sports and would love to do the same for people of color in hockey. pic.twitter.com/BDeaju1Xho

The mobile museum will be at the San Jose Sharks street rally at the SAP on Saturday February 29 and at the Oakland Ice Center on Sunday March 1. 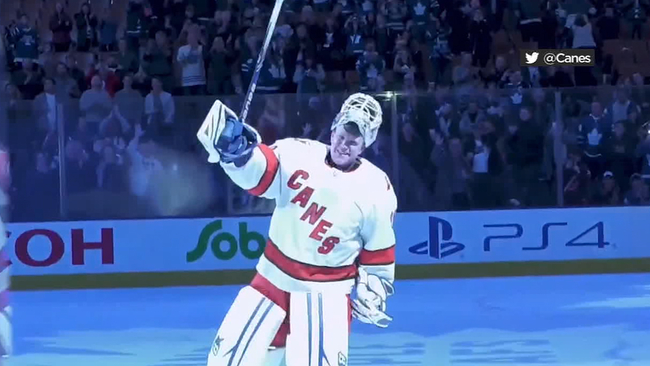 From cleaning bathrooms to an eyelash extension empire

This group of doctors administered 4,000 COVID-19 shots in one day