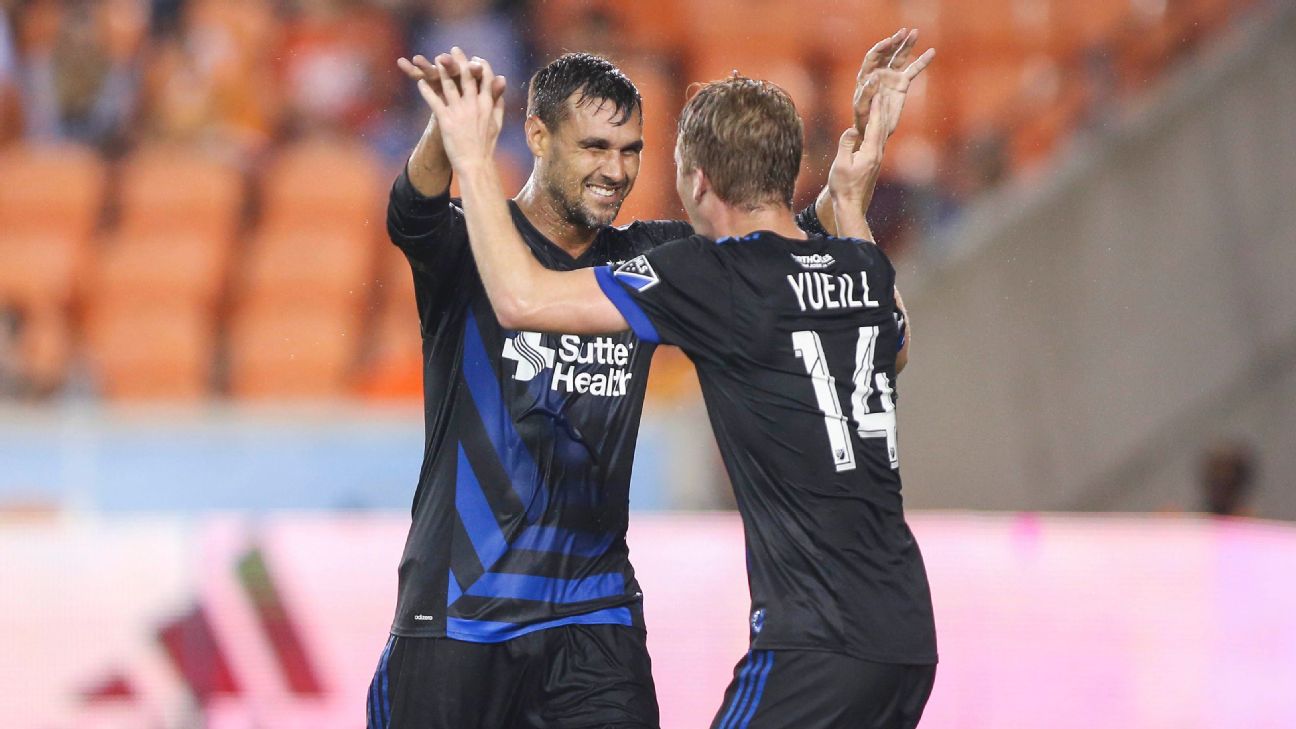 Chris Wondolowski scored a penalty to pull within two of Landon Donovan's MLS goals record but the San Jose Earthquakes let a two-goal lead slip and fell to the Houston Dynamo on Saturday.

Wondolowski struck first in the 37th minute from the spot after the Dynamo's Alejandro Fuenmayor was whistled for taking down Tommy Thompson on a foul in the penalty area.

Houston goalkeeper Joe Willis guessed correctly that Wondolowski would go to his left with the try, but the kick was too high and too hard for Willis to stop.

The strike gave the 35-year-oldWondolowski 143 career MLS goals, within touching distance of Donovan's all-time record of 145 with three games remaining for the last-place Earthquakes.

Wondolowski nearly had a second goal as the Earthquakes added to their lead in the 45th minute, but it went down as an own goal by Fuenmayor, who redirected a pass intended for Wondolowski.

The poor luck seemed to invigorate the Dynamo, who turned up the heat in the early minutes of the second half before cutting the lead in half on a right-footed laser by Mauro Manotas in the 56th minute off a nifty pass into the box by Tomas Martinez.

It was Manotas' 15th goal of the MLS season, a new club single-season record.

Martinez then tied the game in the 68th minute, ripping a shot off the post and defender Lima's left shoulder and into the net.

The comeback was complete with three minutes remaining as Houston's Romell Quioto made short work of a shot into the goalmouth that deflected off two defenders for the deciding goal.

The Dynamo (9-13-8, 35 points in 30 matches) staved off elimination from the MLS playoffs with just their second league win in their past 11 matches.

San Jose (4-19-8, a league-worst 20 points in 31 matches) has long been eliminated from postseason consideration.

Houston returns to play on Oct. 8 in Seattle, while the Earthquakes return home to face the Red Bulls on Oct. 6.

Information from Reuters was used in this report.

Houston 3-2 San Jose: Wondolowski not enough- Via MLS
Chris Wondolowski moved within 2 goals of the all-time MLS goals record, but it wasn't enough as San Jose lost to Houston 3-2.