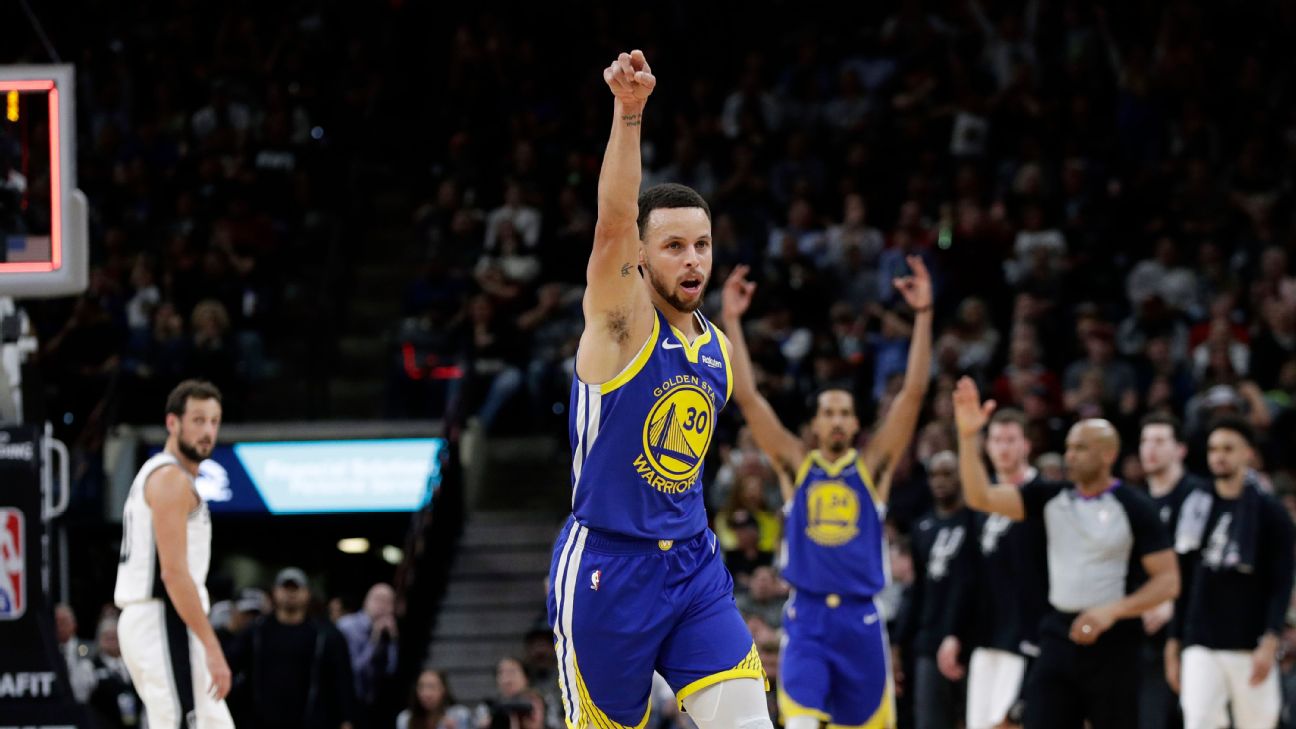 SAN ANTONIO -- Golden State Warriors star Stephen Curry drained a 61-foot 3-pointer to close the first quarter of Monday night's 111-105 road loss to the San Antonio Spurs. It is the longest shot anyone in the league has hit all season, according to ESPN Stats & Information research.

The shot came as time was winding down. Curry received a pass from teammate Shaun Livingston, took a quick dribble and then heaved the shot up from the opposite 3-point line. It hit off the backboard and went in, and the Warriors bench went nuts. Curry ran toward the bench to celebrate as AT&T Center was left in stunned silence for a moment.

Curry acknowledged after the game that he didn't call bank, but he did think the shot was going in when it left his hand.

"I might be delusional, but every time I shoot it, I feel like it's going in," Curry said. "You kind of know right away whether it has a chance or not. Some of them are in and out, it's close, whatever. That one felt great, I was running after [it]. A cool way to end the quarter, I just wish we had gotten the win, too."

The shot was the longest Curry has hit in a regular season. He hit a 62-footer in the playoffs.

However, the 3-pointer was one of only six Curry hit on 18 attempts Monday night. He finished with 25 points, 7 rebounds and 8 assists.

Curry is one of four players who has hit multiple 50 footers since 2009-10. With that shot, Curry now has four such shots to tie Zach Randolph for the most in the last 20 seasons; Andre Miller has three.

Curry takes pride in his long-range shots, repeatedly practicing them after practice and before games. 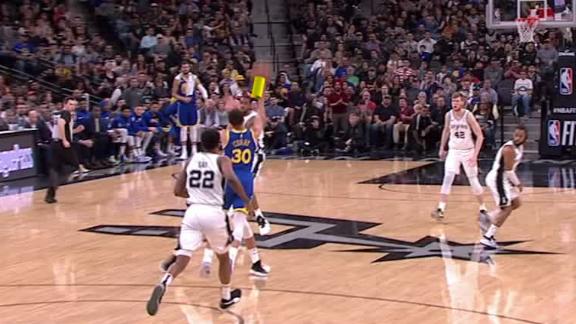