Denver Nuggets, facing 0-2 series deficit, say they must stay together: 'Got no chance if we're g... 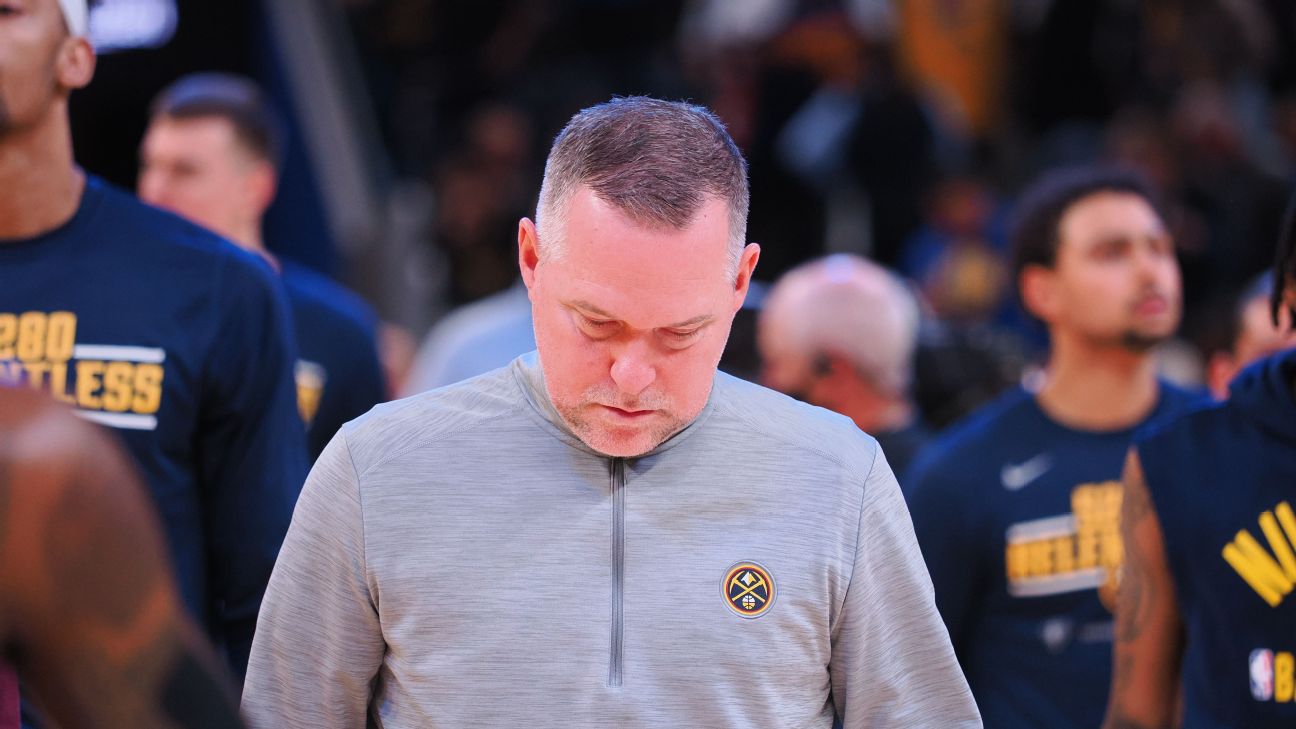 SAN FRANCISCO -- With teammates bickering on the sideline and the reigning league MVP having been ejected in the fourth quarter, coach Michael Malone said the Denver Nuggets have to remain intactwith their season teetering on the brink.

After imploding for the second straight game and losing Game 2 of their first-round playoff series with the Golden State Warriors 126-106on Monday night, Malone's goal was to make sure his team didn't fracture as it returned to Denver for the next two games.


"We've got to stick together," Malone said. "We can't splinter in adverse times.

"I just want to make sure as we get on this plane to go home that we get on that plane together, knowing that we have a chance to get our first win at home in a few days. That's our whole focus."

Frustration was everywhere for the Nuggets, who watched a 43-31 second-quarter lead evaporate under a 41-14 Warriors explosion. For the second straight game, the Nuggets folded in the second half under an avalanche of Golden State baskets. The Warriors scored 44 points in Monday's third quarter alone.

"We're getting our ass whupped and a lot of emotions flare up," a clearly frustrated Monte Morris said. "We've just got to be tougher and stay together. We're not giving ourselves a chance to beat this team with a lot of mistakes.

"And also, we've got no f---ing chance if we're going to be apart. We've got to stay locked in, stay together."

The Nuggets started bickering when Will Barton and DeMarcus Cousins exchanged words during a third-quarter timeout and Barton had to be restrained from Cousins.

Sensing the frustration building, Draymond Green and other Warriors walked out onto the court and implored fans to get louder at the same time.

Nikola Jokic was ejected with seven minutes remaining in the fourth and the Nuggets already down 109-89.

After going to the foul line just two times in Game 1, Jokic said after that opening loss he didn't want to comment about what he would have to do differently in order to earn more calls.

On Monday night, Jokic went to the line almost immediately, earning two trips in the first 90 seconds, and he would end the night taking eight free throws. But as the game wore on, Jokic's frustration would grow.

The Nuggets center took exception to Gary Payton II patting him on the rear end after blocking his shot late in the first quarter. Jokic had to be restrained from going at Payton.

After Jokic was called for a foul on what he thought was a clean stop, the MVP earned his first technical foul for slamming the ball in frustration with 2:31 left in the third quarter.


Jokic earned his second T when he said he heard a "slap" on what he thought was a foul that officials didn't call.

"As a leader of this team, he's got to show guys in adverse times when things aren't going your way, you've got to find a way to fight through it, be mentally tough," the coach added. "That's going to be a challenge for him moving forward."

Morris said Nuggets players spoke up afterward in the locker room. But he and Barton both agreed that talking isn't going to beat the Warriors.

"We've got to find it, stay together," Morris said. "If not, this s--- will be over quick, just the way they play. They're together. They're all bought in.

"They're out there laughing, dancing around. S---'s embarrassing." 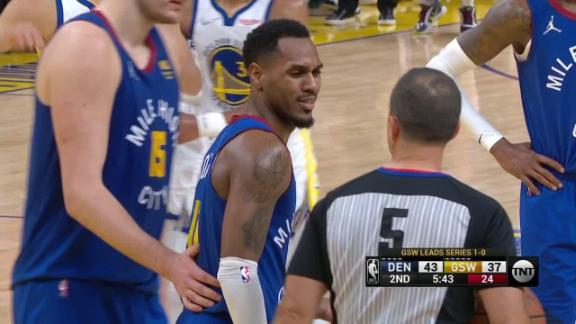 Nuggets given tech after Monte Morris takes anger out on ball
After Klay Thompson scores off the backdoor cut, Monte Morris throws the ball at the stanchion and is given a technical foul. 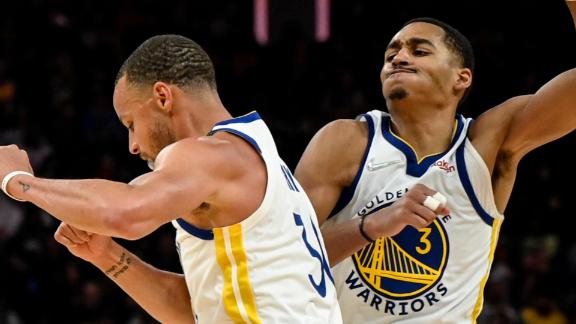