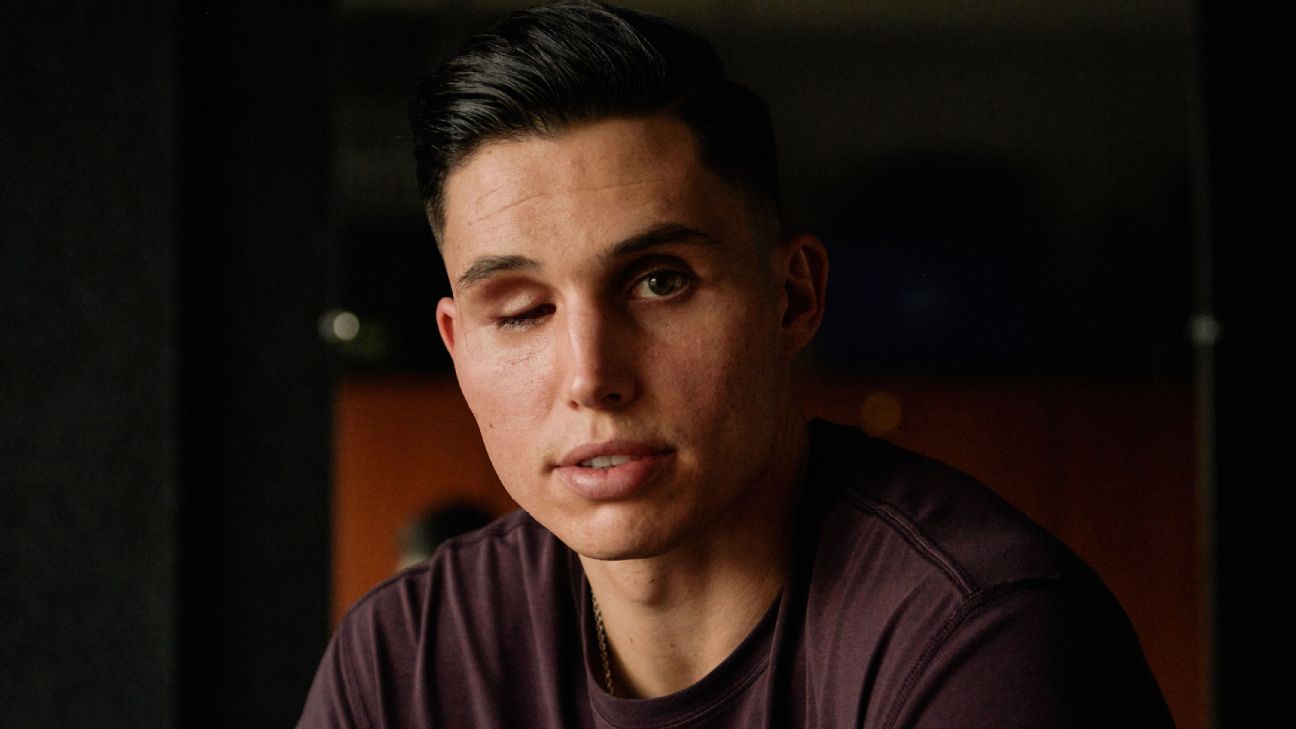 Drew Robinson, who lost his right eye in a suicide attempt last year, made the opening day roster for the San Francisco Giants' Triple-A affiliate and could play as soon as tomorrow, when the Sacramento River Cats open their season with a six-game series in his hometown of Las Vegas.

Robinson, 29, signed a minor league deal with the Giants over the winter, six months after he shot himself in the head. After a harrowing 20 hours that followed the attempt and more than a year of rehabilitation, a late-spring surge in Robinson's performance during minor league spring training persuaded the Giants to place him one step from the team with the best record in the National League.


"I don't know if I'll be able to fully describe how excited I am for these next six games, but I know that this is going to be another powerful experience, and I'm so ready for it," Robinson told ESPN on Wednesday. "Our game isn't even until tomorrow, but I already had a hard time staying asleep last night because of how excited I am for these games and this experience as a whole.

"After going through most of my life not fully appreciating what was happening, I can promise that I'll be taking in every second of this season with a new understanding of how special all of this is."

Robinson's family, friends and doctors will gather at 7:05 p.m. PT Thursday at Las Vegas Ballpark, where Robinson spent much of the offseason taking live batting practice -- and hit his first home run since he began his comeback attempt. His work at the stadium, just 2 miles from the house where his suicide attempt took place, convinced Robinson that his desire to play baseball again could be a reality.

He began the spring playing shortstop, a position he hadn't regularly manned in nearly a decade, and struggled to adapt to its speed. When the Giants moved Robinson to the outfield, where he played the majority of his 100 games with the Texas Rangers and St. Louis Cardinals from 2017 to 2019, his comfort returned.

Along with it came more offensive production. The concerns about left-handed-swinging Robinson's ability to track pitches without his lead eye were palpable, but Robinson proved adept at discerning balls and strikes -- and unleashing his massive power. He had rebuilt the rest of his body through a consistent workout regimen, adding nearly 20 pounds of muscle to his 6-foot-1 frame and showing up at minor league camp a shredded 200 pounds.

Hard contact proved elusive early in spring training, but when Robinson squared balls up, they soared into the Arizona sky. He hit a pair of home runs, the latter a 450-foot shot on a high changeup. The Giants, whose support after the suicide attempt was vital in Robinson's recovery, were convinced. He wasn't just a great story. He was worthy of another shot at returning to the big leagues.


Even making it back to the minor leagues is stunning. The last player in the major leagues with one eye was Pittsburgh pitcher Whammy Douglas, who threw 47 innings in 1957. The questions about Robinson also went far beyond the limitations having one eye might place on him.

For years, the vagaries of baseball had preyed on Robinson -- the game's inherent failures, the up-and-down nature of a player who never quite got a toehold on a big league roster. His suicide attempt on April 16, 2020, surprised friends and family, who always had seen Robinson as the wisecracking, good-natured life of the party.

Four surgeries, including the removal of his eye that was damaged by a bullet, stabilized Robinson physically. Rebuilding him mentally was a far more difficult task, one that continues today through regular therapy, meditation and medication. It is the foundation that allowed Robinson to rejoin the sport that brought him joy and pain -- and to apply all he has learned so that his family's fears of baseball sending him back to a dark place would be unfounded.

There were moments this spring that were frustrating, disappointing, problematic, but Robinson's perseverance won out. And now, with those closest to him there -- his parents, his siblings and his best friend, Daiana Anguelova -- he'll be where he belongs: playing professional baseball again. 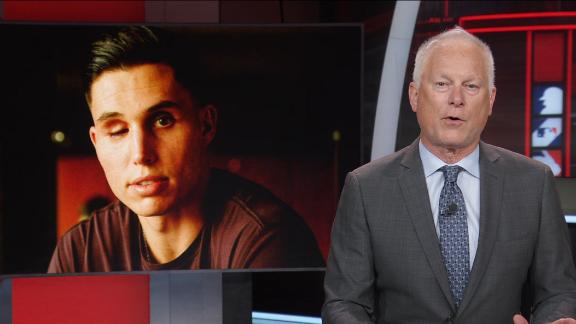 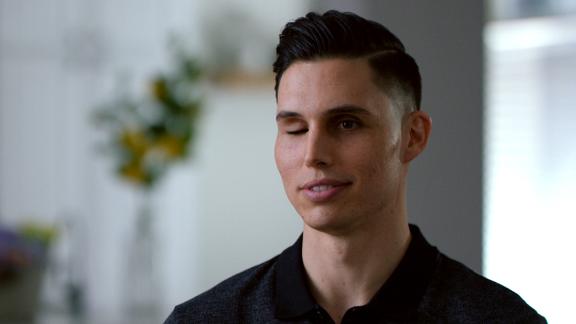