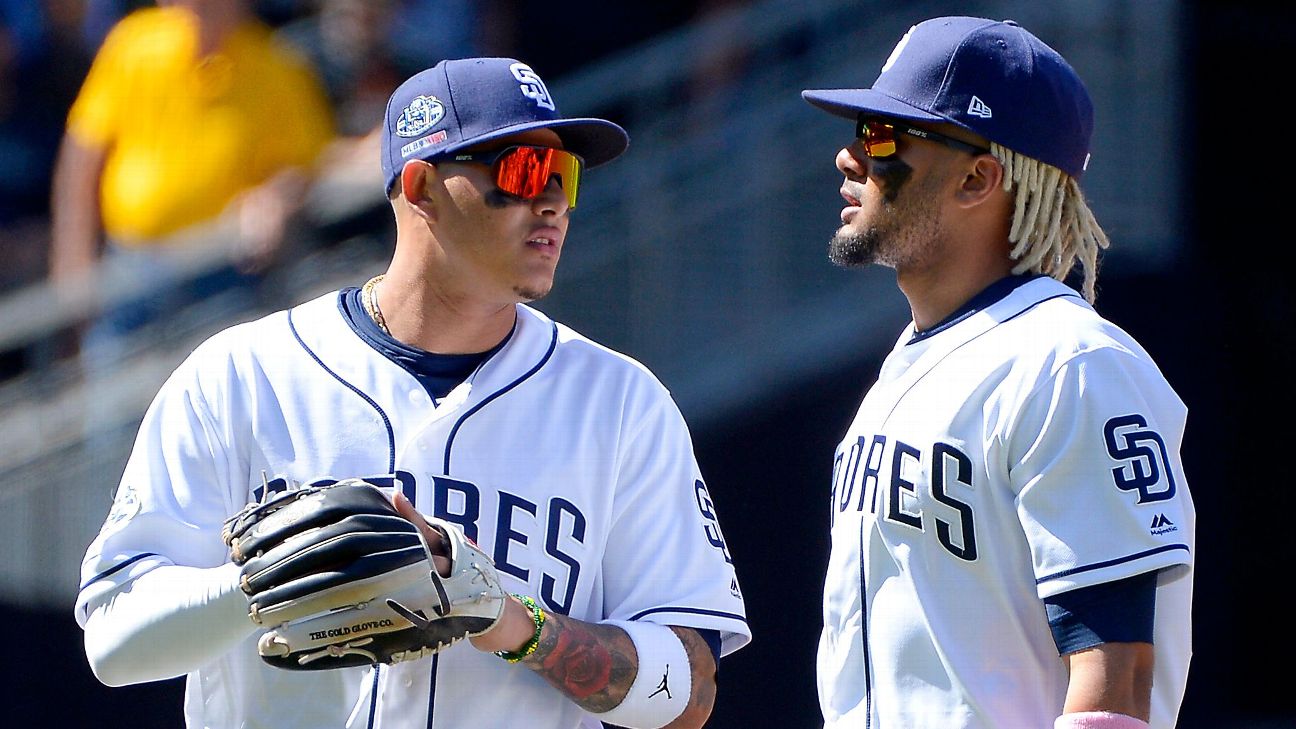 NEW YORK -- The San Francisco Giants have the oldest average age in the major leagues at 30.63 years and the San Diego Padres have the youngest at 27.11, according to the commissioner's office.