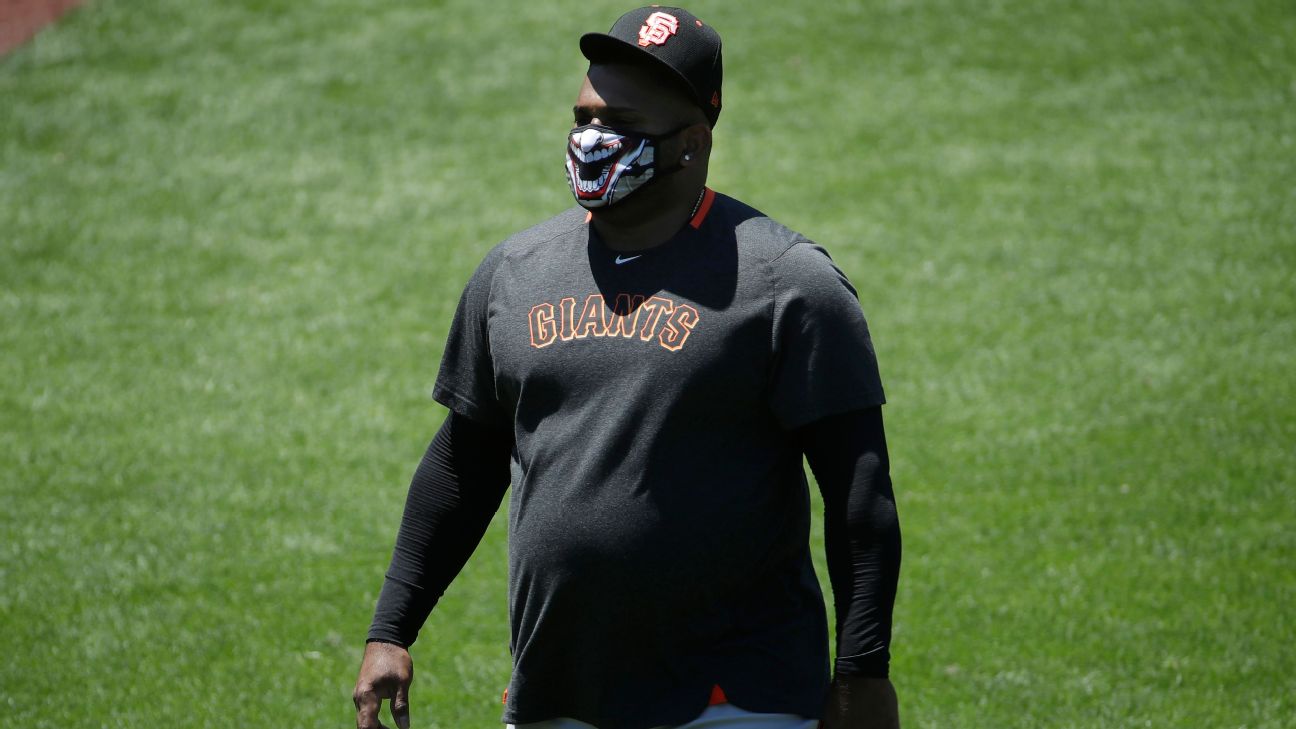 SAN FRANCISCO -- Pablo Sandoval's size and round middle have ignited the internet and brought out the body critics as baseball begins again.

Manager Gabe Kapler said Sunday the San Francisco Giants fully expect their "Kung Fu Panda" to be ready and in game shape to contribute by Opening Day later this month even though he is noticeably heavier than he was during spring training nearly five months ago in Scottsdale, Arizona.


"Pablo's role on this team is to do what he has done over the course of the last couple days, and what he has done for this city and this community in the past, and that is to bring positive energy, get big hits, drive the baseball, and those are still the things we believe he is capable of doing," Kapler said.

"Already in this short period of time, he's demonstrated it. I have a lot of empathy for Pablo and what it must be like to be dealing with this kind of scrutiny, and I wouldn't wish it on anybody."

The 33-year-old Sandoval, listed at 5-foot-11 and 268 pounds, has long fluctuated in his weight but continued to move well around the bases and contribute as a switch-hitting slugger. He played in 108 games last season with 36 starts at third base and 15 at first. He also served as designated hitter in four games, a role he could have again this year.


"I think what we're always looking for: Is Pablo able to do the things necessary for him to be a good baseball player?" Kapler said. "I think it's understandable that in today's world we focus on weight. I get it, and sometimes body shapes and sizes. In this particular case, what we've all noticed about Pablo is the ball's jumping off his bat and his throws have nice carry."

There was concern when spring training started about how soon Sandoval might be ready to play the infield, and Kapler is confident the 2012 World Series MVP is on track. Sandoval batted .268 with 14 homers, 23 doubles and 41 RBIs in 2019.

"He's demonstrated that he's healthy," Kapler added, "and that's the most important thing. He's not going to bat leadoff for us. The expectation with Pablo Sandoval is he slugs. He drives the baseball. He's a good DH candidate for us. He's got nice soft hands, and all of those things are present in camp, and those are the things that we're going to be focusing on."
Report a correction or typo
Related topics:
sportsespnnewsmlbsan francisco giantspablo sandoval
Copyright © 2020 ESPN Internet Ventures. All rights reserved.
More Videos
From CNN Newsource affiliates
TOP STORIES
New COVID-19 clinical trial uses multiple sclerosis drug