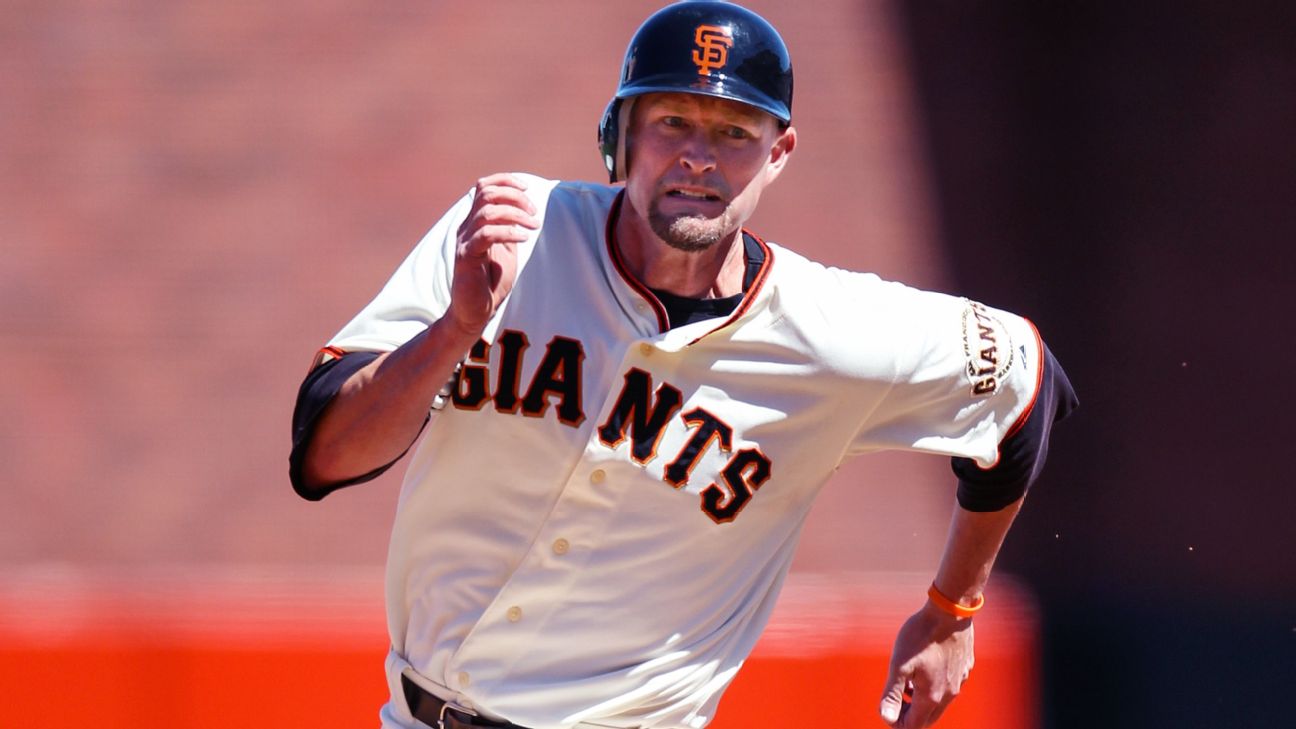 ESPN
The San Francisco Giants said Monday that they won't invite Aubrey Huff to a reunion of the 2010 World Series-winning team this summer because of "unacceptable" comments made by Huff on social media.

"Earlier this month, we reached out to Aubrey Huff to let him know that he will not be included in the upcoming 2010 World Series Championship reunion. Aubrey has made multiple comments on social media that are unacceptable and run counter to the values of our organization," the Giants said in a statement. "While we appreciate the many contributions that Aubrey made to the 2010 championship season, we stand by our decision."

In November, Huff posted a tweet containing a picture of him holding a shooting target with holes. The caption on the post said in part that he was "getting my boys trained up on how to use a gun in the unlikely event @BernieSanders beats @realDonaldTrump in 2020."

In January, he posted a since-deleted tweet about kidnapping Iranian women so "we can bring them back here as they fan us and feed us grapes." He later tweeted that his post was a joke.

"Quite frankly, shocked. Disappointed. If it wasn't for me, they wouldn't be having a reunion," Huff told The Athletic about the Giants' decision. "But if they want to stick with their politically correct, progressive bulls---, that's fine."
Report a correction or typo
Related topics:
sportsespnnewsmlbsan francisco giants
Copyright © 2020 ESPN Internet Ventures. All rights reserved.
More Videos
From CNN Newsource affiliates
TOP STORIES