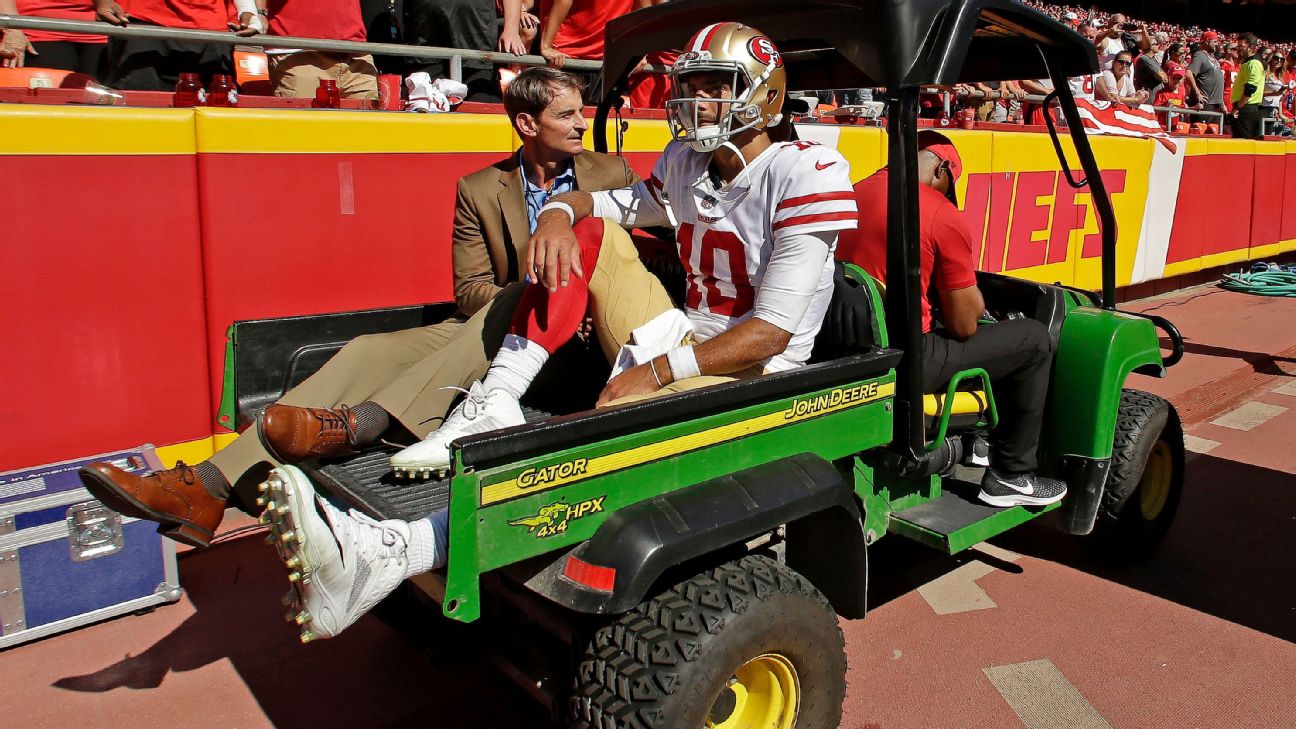 Doctors found only a torn ACL and no other damage when they operated on Jimmy Garoppolo's knee last week, and the San Francisco 49ers quarterback is expected to be back in six to eight months, putting him on track to be ready for training camp, league sources told ESPN.

On Friday, 49ers coach Kyle Shanahan even expressed hope that Garoppolo could beat that timeline.

"I'm hoping that he'll be able to get into OTAs and do some noncontact stuff with throwing the ball and everything," Shanahan told reporters. "It's always a little bit better when you're dealing with a quarterback and stuff as opposed to other positions, because you can get them in hopefully in 7-on-7 drills a little bit early and things like that, which helps those guys get involved a lot faster."

In the interim, C.J. Beathard will continue starting at quarterback for the 49ers as they host the Arizona Cardinals on Sunday.