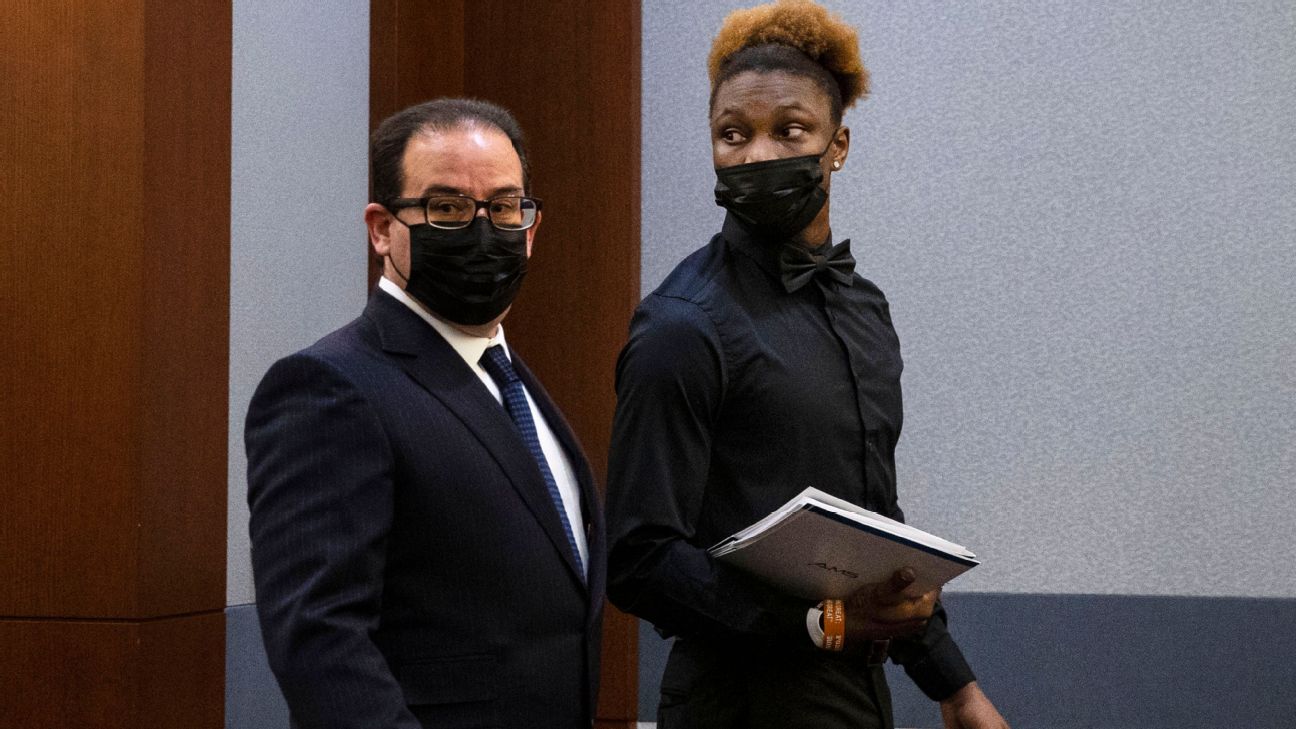 A Las Vegas judge on Thursday granted a continuance request for a hearing to determine whether former Las Vegas Raiders wide receiver Henry Ruggs III will stand trial in state court on felony and misdemeanor charges related to his involvement in a fiery car crash that left a 23-year-old woman and her dog dead and Ruggs and his girlfriend injured.

David Chesnoff, Ruggs' attorney, said the defense asked for the continuance "because there is material that still needs to be reviewed and evidence inspected."


The hearing was postponed until May 19.

Ruggs, 23, faces felony driving under the influence and reckless driving charges. The former Raiders first-round draft pick is accused of driving 156 mph with a blood-alcohol content twice the legal limit in Nevada in the early-morning hours of Nov. 2, when his Corvette Stingray slammed into Tina Tintor's Toyota RAV4, which burst into flames. Max, Tintor's dog, was also killed in the crash.

In December, the Clark County coroner's office determinedthat Tintor, 23, died of "thermal injuries due to a motor vehicle collision."


If convicted, Ruggs would face a mandatory two years and possibly more than 50 years in prison. He is also charged with misdemeanor gun possession.