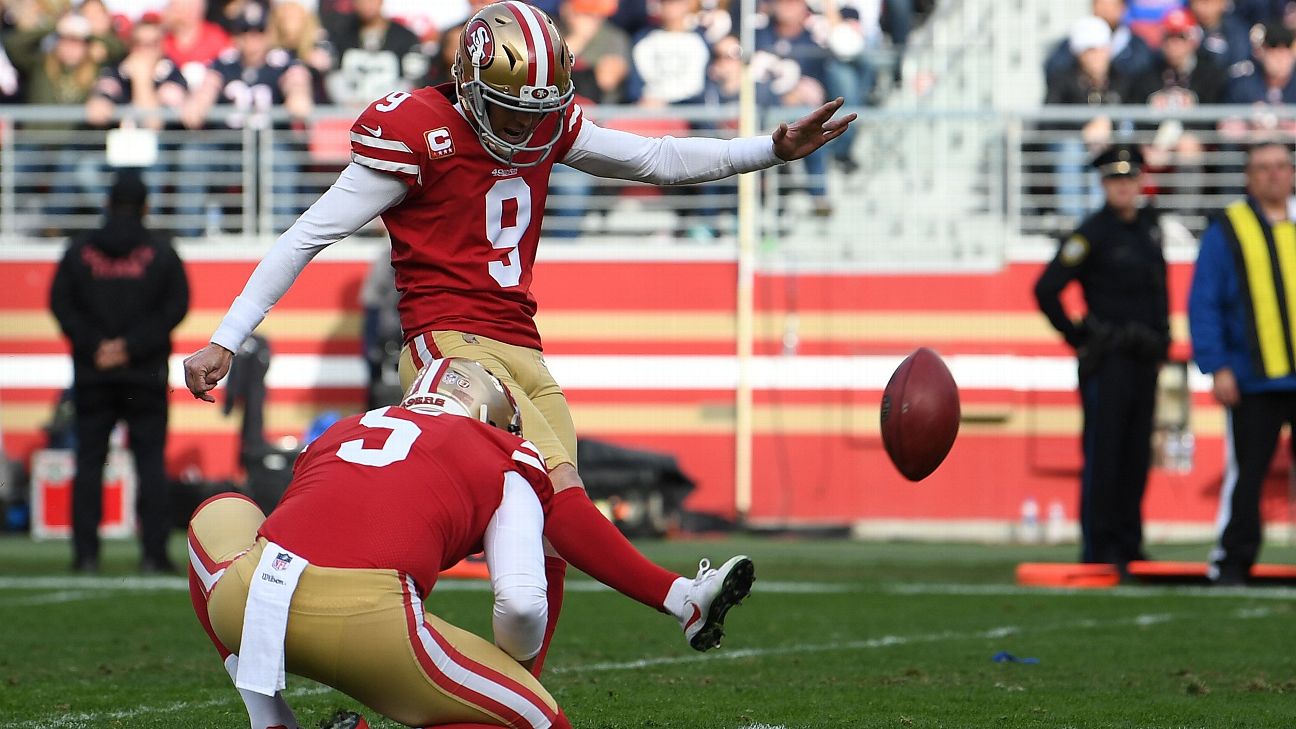 San Francisco 49ersfranchise kicker Robbie Gould says he has pulled the contract proposals he sent to the team and told the Niners that he will not negotiate or sign a long-term deal with them and wants to be traded.

Gould said Tuesday that if he reports at all, it will not be before the 49ers' Sept. 8 regular-season opener, making him a summer holdout.

Gould's agent, Brian Mackler, said: "At this time, we are unsure when or if he will report. It will not be prior to Sept 8, at the earliest, if at all."

The 36-year-old Gould indicated that he has gotten tired of 14 months of contract negotiations and wants to be closer to his wife and children in Chicago. After 11 years with the Bears, Gould was released. He spent 2016 with the New York Giants before signing a two-year deal with the Niners. Gould's wife and three boys under age 5 stayed in Chicago.

San Francisco placed the franchise tag on Gould in February. The Niners have been adamant that they want and expect Gould to be on the team this year.

"Robbie's going to be a part of us this coming year, I know that," Niners general manager John Lynch said Monday. "We would like it to be longer than that. We've made an attempt to make that happen. We haven't come to an agreement as of yet and we'll see where that goes, but Robbie will be a part of us this coming year. We're excited for that because he's very good at what he does, and he's also a big part of this team."

Gould said he was discouraged by the 49ers' decision to pursue free-agent kicker Stephen Gostkowski before he re-signed with New England, rather than getting a long-term deal done with him.

"The bottom line is, I'm unsure if I want to play there anymore," Gould told ESPN. "At this point, I have to do what's best for me and my family back home."

Now, with the draft about to kick off Thursday night, the 49ers have uncertainty after this season at the kicker position that looked to be solid.

The 49ers have only unproven kicker Jonathan Brown on the roster. He entered the NFL in 2016 after signing with the Cincinnati Bengals as an undrafted rookie free agent and has never kicked in a regular-season NFL game. The Niners signed him to a two-year deal on March 8. 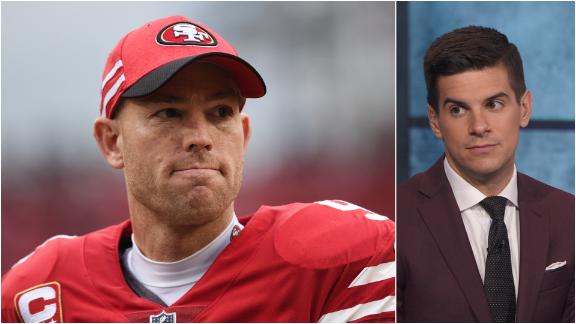