Matias Almeyda got clear message that Mexico federation 'didn't like me' 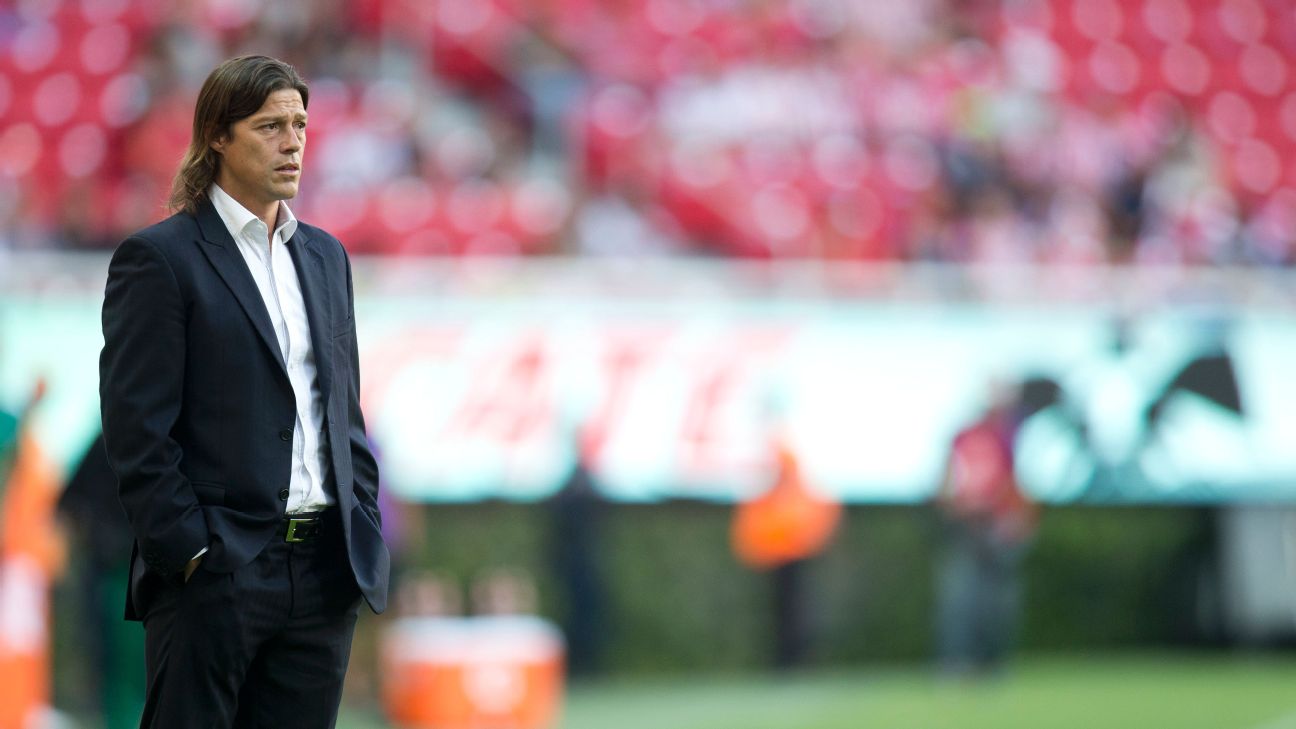 ESPN
By Tom Marshall
New San Jose Earthquakes manager Matias Almeyda was not interviewed for the vacant Mexico national team job and the former Chivas coach believes the Mexican federation (FMF) simply didn't like his style.
The FMF has talked to at least 24 potential candidates since Juan Carlos Osorio announced he wouldn't be continuing in July, but Almeyda -- who won four major trophies with all-Mexican side Chivas -- wasn't one of them.

"I was number 30 or 35 [on the list], further down," joked Almeyda on ESPN's Futbol Picante. "I think it is a question of tastes and it was clear they didn't like me."
Almeyda was immediately installed as one of the favorites for El Tri after he left Chivas in June and openly expressed his interest in the job, something he now feels may have damaged his chances.
"I don't feel like they've played me because I didn't even have the chance to speak to them," said the former River Plate manager. "I would have liked to say a lot of things to those in charge.
"I remember I gave two or three interviews after the World Cup and it seemed like that I was selling myself, but I was simply expressing the desire I had [to be Mexico coach] and that could've ended up harming me."
Almeyda said Mexico and Chivas will remain in his heart and admitted that there is a buy-out clause in his four-year contract in case national teams are come calling.

The 44-year-old was confirmed as the Earthquakes coach on Monday in a surprise move, with Almeyda also having interest from clubs in Argentina, Uruguay, China, Qatar and Mexico.
"I wasn't in work for various months, I was analyzing different proposals and places and I leaned towards this one because it gave me the sense that it was serious," said Almeyda. "The directors called me and presented a realistic project that needs to be developed."
With Almeyda, Ricardo Ferretti and others out of the Mexico national team picture, Atlanta United's Gerardo "Tata" Martino has emerged as a possible candidate and the former Argentina midfielder had words of praise for his compatriot.
"Tata is a great coach with a lot of experience and many years managing," Almeyda said. "He's been in a lot of places and I think he's a very capable coach."