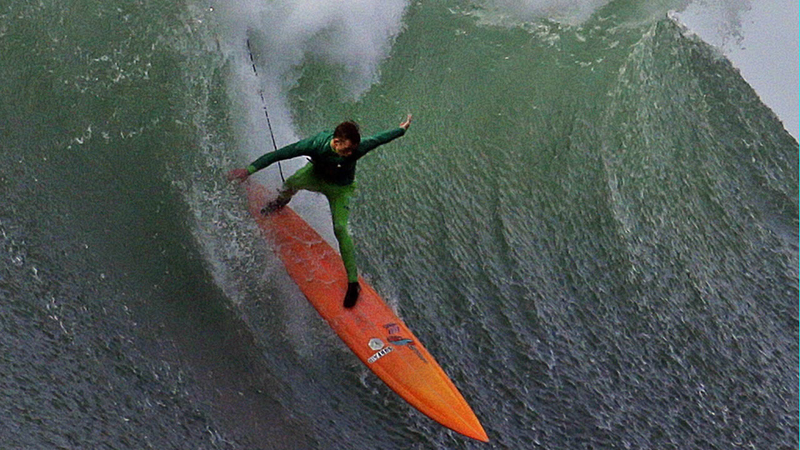 New organizers have gotten the go-ahead to resume the annual surf contest in the massive waves of Mavericks in Northern California. The event previously known as Titans of Mavericks will now be called the Mavericks Challenge and will include women for the first time.

MAVERICKS, Calif. (KGO) -- The World Surf League announced the official competition window of the Mavericks Challenge will run from January 3, 2018, through February 28, 2018.

San Francisco surfer Bianca Valenti, who has been surfing since she was 7 years old, will do something she has never done before this January when she surfs in the Mavericks competition.

"This is a really exciting moment in our sport," said Valenti.

Valenti describes the Mavericks as one of the pinnacle spots in her sport.

"The waves start breaking at 15 feet and they can get to 100," explained Valenti.

The World Surf League acquired the permit for the competition after the previous organizers went bankrupt.

This year women will be able to compete in their own heat for the first time.

"When I was growing up there really were no women mentors to look up to," said Valenti.


In 1975 Jeff Clark says he was the first one to paddle out and surf the waves in front of Mavericks. He says the first competition came later in 1998.

"What you are expecting of these athletes is to go after the biggest waves on the planet during an event," said Clark.

It's an event that young female surfers will be watching especially closely this year.

"Men have been dominating this sport for so long so I feel like it's good for women to finally have their say," said Katrina Sponsler.

"I'm excited to see her in the contest," said Sponsler.

Mavericks' organizers say the men's purse is larger than the women's purse because there are more men competing who will have to split the money. Still Valenti advocates for equal pay.

Sponsler says she hopes to one day do more than paddle out to Mavericks and perhaps even compete like the women she looks up to.