NBA MVP straw poll: A familiar big-man battle is brewing at the top 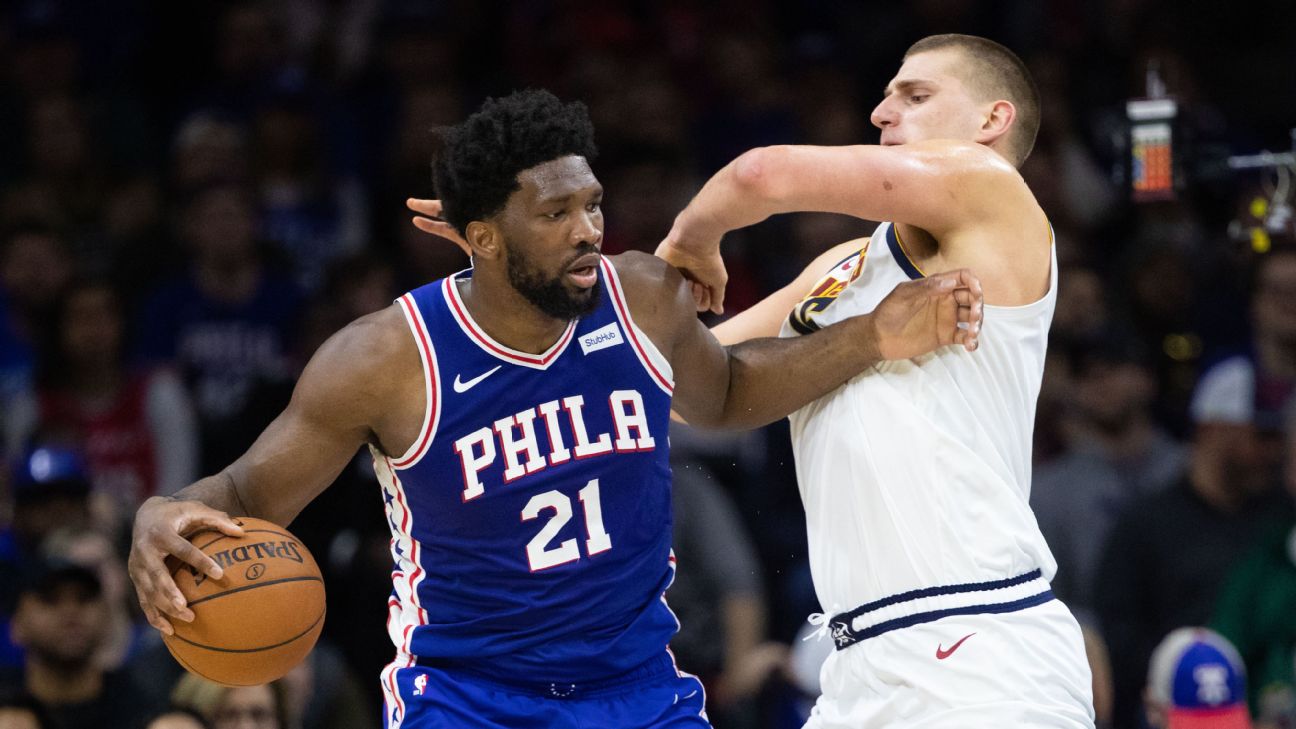 After Nikola Jokic and Joel Embiid battled for the right to be named the NBA's Most Valuable Player all last season, it appears this year's chase for the award could once again come down to the two All-Star big men.

Embiid, after coming in second to Jokic in last year's voting, holds a 35-point lead over the Denver Nuggets' reigning MVP in the second edition of ESPN's NBA MVP Straw Poll for the 2021-22 season. Embiid's razor-thin edge is the closest the top two spots have been over the nine iterations of this poll over the past six seasons.

Had Jokic simply been in second place on each of those five ballots, the two superstar centers would've been in a tie.

To gauge where the race stands with less than two months remaining in the regular season, ESPN asked 100 media members to participate in an informal poll that mimics the postseason awards voting. To make the balloting as realistic as possible, there were at least two voters from each of the league's 28 markets, as well as a cross-section of national and international reporters. Votes were collected between Sunday and Tuesday.

As with the NBA's official vote at the end of season, voters were asked to submit a five-player ballot, and results were tabulated using the league's scoring system: 10 points for each first-place vote, followed by seven points for second, five points for third, three points for fourth and one point for fifth.

The most striking difference between the first edition of the straw poll in December and this one is the reversal in fortunes for both Embiid and Curry. After missing a chunk of games because of COVID-19, and Philadelphia being in the middle of a tumble down the standings as a result, Embiid received a single fifth-place vote in that first round of voting.


Curry, meanwhile, set a record for the most first-place votes, and the highest point total, in any iteration of the poll thus far, collecting 94 first-place votes and 978 out of a possible 1,000 points.

For Embiid, he has missed only two games since and has been one of the league's most dominant players. He's second -- just behind Antetokounmpo -- in scoring with 29.3 points per game, putting him within striking distance of being the first center to lead the league in scoring since Shaquille O'Neal in 2000, the year the Hall of Famer won his only MVP award.

Embiid has also kept Philadelphia firmly in the mix for home-court advantage in the Eastern Conference playoffs despite the tumult caused by the ongoing drama surrounding Ben Simmons, which ended withthe blockbuster trade that brought James Harden to the 76ers just before last week's trade deadline.

Curry, on the other hand, has slipped since his blazing-hot start to the season. After Golden State raced out to the NBA's best record, the Warriors have been surpassed by the Suns, slumping in recent weeks with Draymond Green sidelined by back and calf issues. Curry went into a dismal slump in January, shooting 38.5% from the field and 32.9% from 3-point range.

Jokic -- like Embiid -- has kept Denver's season afloat with Jamal Murray recovering from a torn ACL he suffered last season, and Michael Porter Jr. playing in only nine games before undergoing back surgery. All Jokic has done without them is post the highest player efficiency rating -- 32.63 entering Wednesday night's action -- in NBA history to this point in the season. He has averaged 26.0 points, 13.8 rebounds and 7.9 assists per game while shooting 57.0% from the field and 37.2% from 3-point range.


While both Embiid and Jokic could get significant reinforcements in the coming weeks -- Embiid in the form of Harden debuting for the Sixers, with Jokic potentially getting Murray and/or Porter back on the court -- something else that could play a role is their respective strengths of schedule down the stretch. Philadelphia, per ESPN's Stats & Information research, has the league's seventh-toughest schedule in March, including high-profile showdowns with Phoenix, Milwaukee, Brooklyn, Chicago and Denver.

By contrast, Denver is projected to have the league's easiest schedule in March, allowing the Nuggets an opportunity to rack up wins and potentially move up the Western Conference standings.

Antetokounmpo, who posted a monster 50-point game after straw poll voting had closed Tuesday night, is having another statistical season in line with his MVP-winning campaigns in 2019 and 2020, averaging a league-leading 29.4 points per game to go along with 11.3 rebounds and 6.0 assists.

For the second straight poll, it was notable that Los Angeles Lakers star LeBron James failed to receive a single vote. Prior to being left off the ballot completely in the first round of voting in December, James had appeared on each of the nine iterations of the poll, something now only Antetokounmpo can claim.

Someone who likely will be a mainstay on the ballot for years to come, however, is Morant, who jumped into sixth place after not receiving a vote in December. Morant, who will start in Sunday's All-Star Game -- his first appearance in the NBA's annual midseason showcase -- is the face of the league's most exciting young team, one that has reeled off a 32-9 record since beginning the season 9-10.

The other significant change from the first version of the poll is Durant dropping from second to eighth place, as the MCL sprain that has kept him out of action for the past month has likely ended his candidacy. 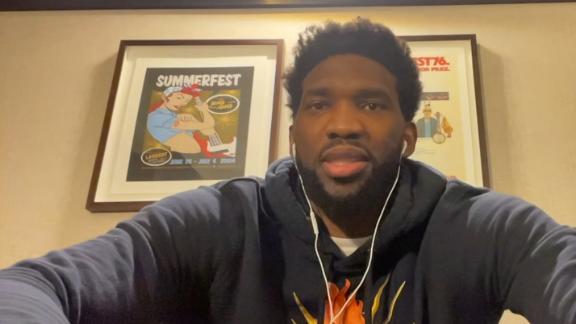