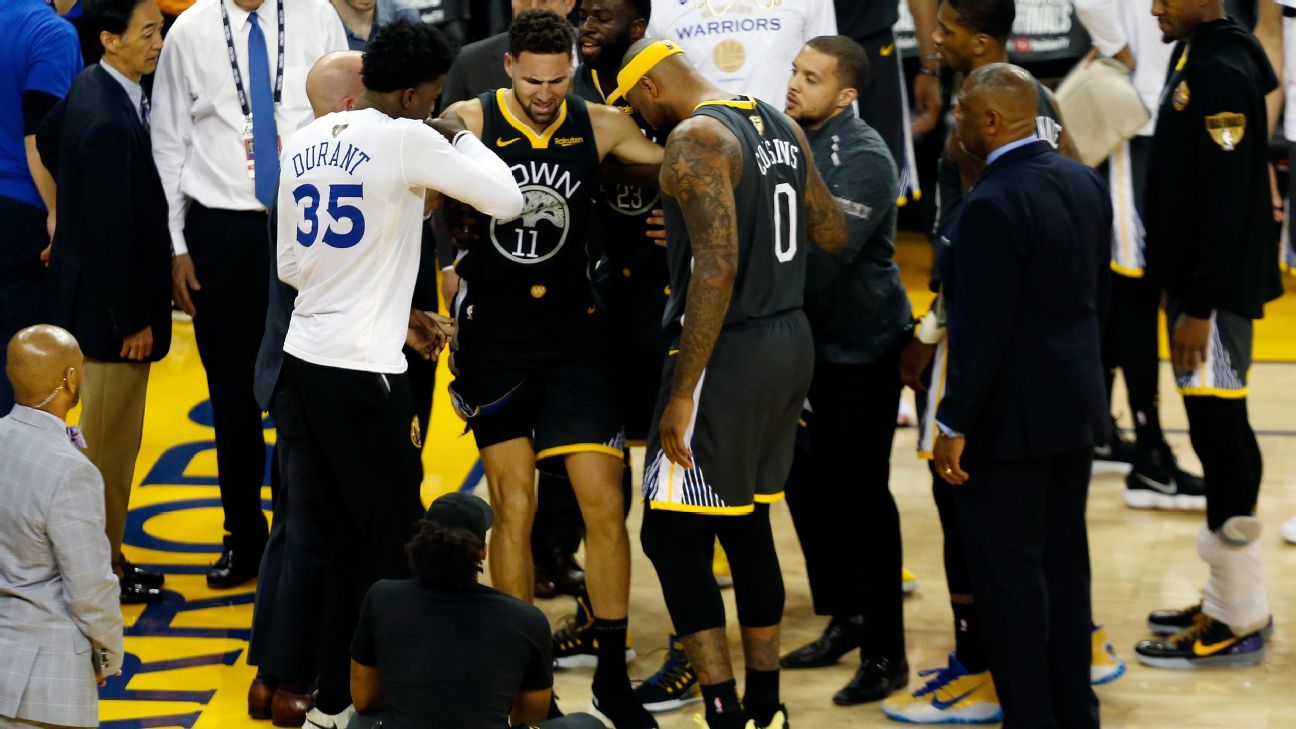 Golden State Warriors forward Klay Thompson was in the middle of putting together another epic "Game 6 Klay" performance -- 28 points on 8-for-12 shooting late in the third quarter -- when he went down hard after being fouled on a dunk attempt, silencing the Oracle Arena crowd on Thursday. After having witnessed Kevin Durant go down for the season with a ruptured Achilles in Game 5, fans and fellow NBA players feared the worst as Thompson went back to the locker room.

However, halfway down the tunnel, Thompson stopped and turned around, making his way back out the the court in a moment that would turn out to be eerily reminiscent of the time Kobe Bryant stayed in the game to shoot free throws on a torn Achilles tendon.

Like Bryant did in 2013, Thompson made both of his free throws before heading back to the locker room and eventually leaving the arena on crutches. The Warriors led 85-80 when Thompson departed, but the Raptors came back to win 114-110, clinching the first championship in team history. After the game, an MRI revealed that Thompson had suffered a torn ACL.

Once the news of the severity of Thompson's injury was reported, NBA players sent him messages on social media wishing him a speedy recovery. 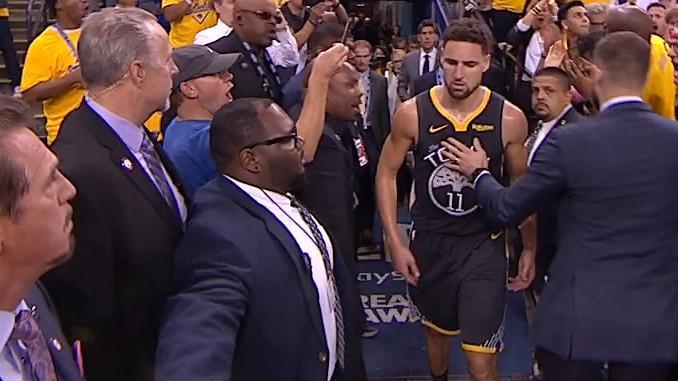 Klay returns from tunnel after awkward landing
Klay Thompson goes up for a dunk, comes down awkwardly on his left knee and returns from the tunnel to shoot the free throws. 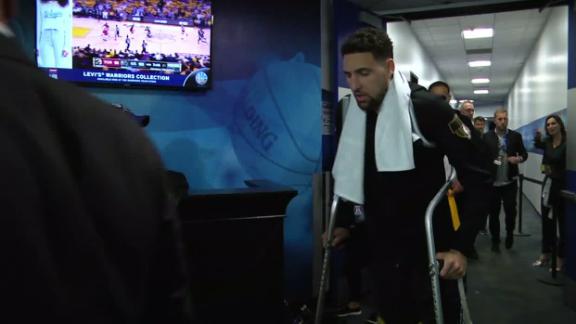