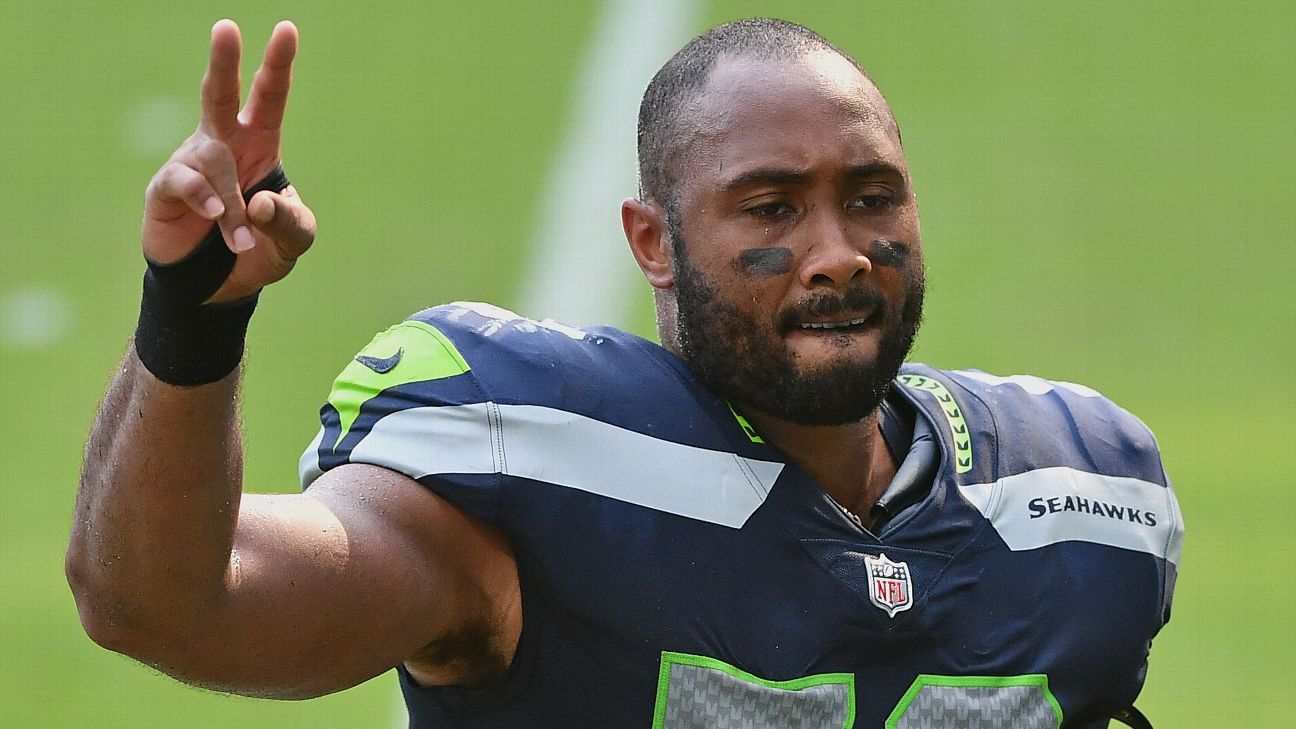 HENDERSON, Nev. -- K.J. Wright, after 10 seasons with the Seattle Seahawks and two days with the Las Vegas Raiders, was asked Monday if he still had the same hunger and desire he did when he first entered the NFL.

"C'mon, now," Wright shot back, with a sly grin. "Listen, listen, this offseason, I've been pissed off all offseason. I've been very, very angry. I've been at peace, but I've been mad at the same time, if that makes sense. I had a lot of people doubting me this offseason and I'm still keeping it going. I'm thankful to be here but that burning desire ... is on 100 right now."


Wright, 32, found a home with the Raiders after being rebuffed by Seattle, which selected him in the fourth round of the 2011 draft, as the Seahawks looked to get younger and faster while adding more of a pass-rushing presence at outside linebacker. He started 140 of 144 regular season games for Seattle and was a key cog on the Seahawks' Super Bowl XLVIII-winning team. In 10 seasons, he has six sacks and 13.5 sacks.

"It was tough leaving," he said. "That was literally my home. It was tough saying bye to everybody, making those phone calls, but it's a part of it. Those relationships will forever stay.

"My tenure there was amazing. Had a great time. Talked to Pete [Carroll] before I left and no matter what, you didn't bring me back but it's all love. We had a decade together and that's very rare. So I was appreciative of every moment I had there."

The Seahawks paid tribute to Wright Monday on social media.

With the Raiders, Wright reunites with defensive coordinator Gus Bradley, who was Wright's D-coordinator the first two years of his career, and joins a rebuilt-on-the-fly linebacker room with Denzel Perryman-- added last week --Cory Littleton and Nick Kwiatkoski. Plus, the Raiders are waiving Tanner Muse, a third-round pick a year ago who spent the season on injured reserve with a toe injury, to make room for Wright after placing Nicholas Morrow and Javin White on injured reserve.


"More experience, more excitement," Perryman said last week when reports surfaced that Wright was signing with Las Vegas. "We know what type of player he is and then the type of guys we've got on this team so that's going to be exciting."

Wright, meanwhile, said he had to trust the process this offseason, which included a training camp visit to Las Vegas that did not result in a signing at the time.

"This is my first time ever being a free agent and when you watch the guys go to OTAs, watch them go to training camp, that's not easy," said Wright, who switched his jersey number to 34 (his high school and college number, as well as the number worn by his father) and sees himself playing the "OTTO" linebacker role. "That's pretty hard. Especially when I've been doing it my whole time.