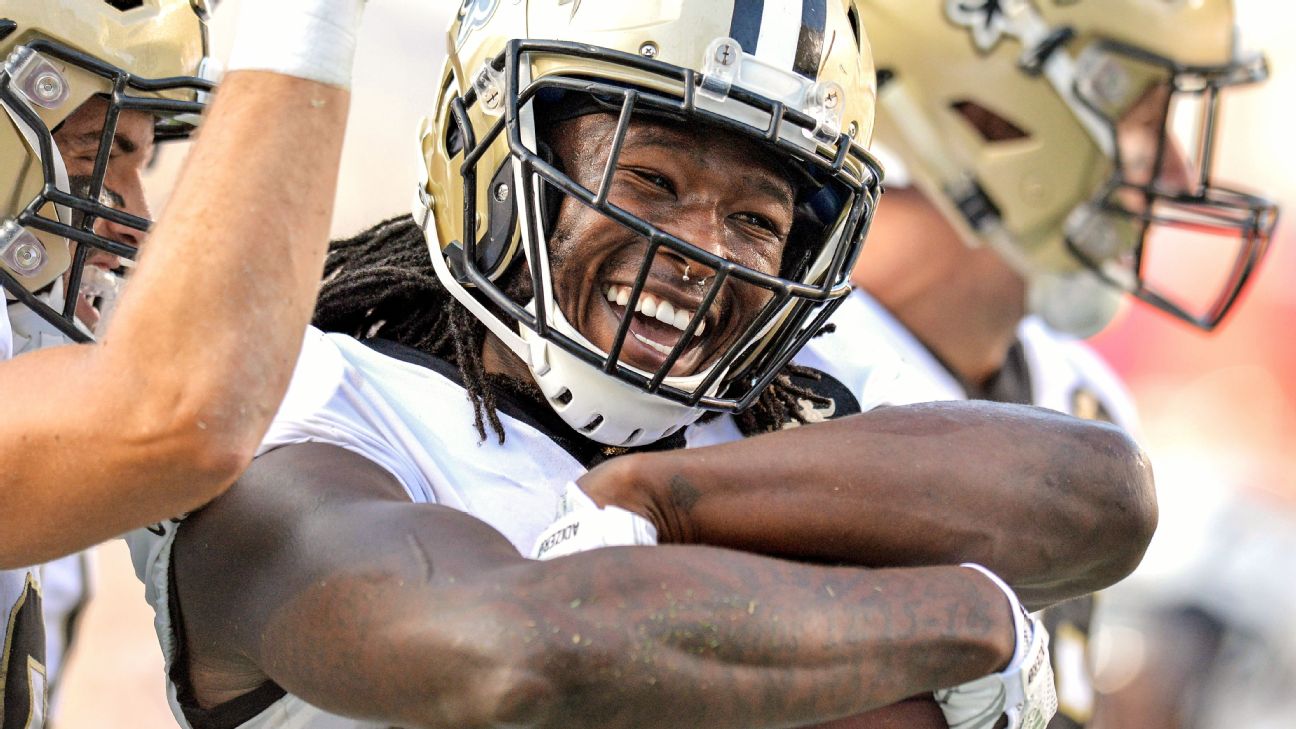 The 2018 NFL season is officially underway, and with it returns the NFL Africa Zone, where we look at the best efforts from the continent's players.

Last season this series was dominated by New Orleans Saints' Liberian rookie running back Alvin Kamara, and it appears history could be repeating...

Player of the Week

Despite aiming to give this award to literally anyone else this week, the numbers don't lie. Last season's offensive rookie of the year, Kamara did not disappoint Saints fans (and Fantasy Football fans) as he had a great game from scrimmage, despite the unavailability of backfield companion Mark Ingram.

Ingram was serving the first game of a four game suspension to start the season, so a heavier than usual workload was expected for Kamara. In the Saints 48-40 loss to Tampa Bay, Kamara carried the ball 8 times for 29 yards and two touchdowns while he caught 9 passes for 112 yards and one touchdown.

Kamara also helped the Saints close the gap with a two point conversion late in the game. The Saints will be aiming to balance his workload and not overuse Kamara during the first four games while also coming up with creative ways to use the Liberian-American out of the backfield.

The J-train was used sparingly in the first half of the Eagles' 18-12 victory over the Atlanta Falcons on Thursday night, as coach Doug Pederson gave Darren Sproles and Corey Clement most of the snaps.

All that changed in the second half as Pederson let Ajayi rumble out of the backfield. Finishing the game with 15 carries, Ajayi ran for 62 yards and most importantly two touchdowns, finished off with a Nigerian "shaku shaku" dance for effect.

Coming into the game, Ajayi was dealing with a foot injury and Pederson admitted that played a part in playing him a minimal amount early on.

"Jay was nursing a little bit of a lower body injury for a couple weeks and just wanted to make sure he was good and get him into the flow of the game," Pederson said to reporters after the game.

"He was the back, the featured back in the second half. He did a nice job. Obviously the two touchdown rushes and then the two-point conversion. It was encouraging to see."

Pederson also made note that going forward into week 2, Ajayi should expect to see receive more workload as the feature back.

The Lagos- born receiver brought his excellent form from last season into the 2018 season for the Super Bowl champion Eagles. In the Eagles' win, 'Swagholor' lined up everywhere, from his preferred slot receiver position to playing on the outside, all the way to the backfield where he carried the ball and passed the ball.

In the third quarter, with the Eagles dealing with a third and 5 from the Falcons 41 yard line, Agholor ran around on a reverse and threw a pass to QB Nick Foles for a 15-yard reception to extend the drive for the Eagles. Ajayi ran in the touchdown for the Eagles a few plays later.

Agholor's stats don't tell the whole story, because despite catching 8 passes for just 33 yards, the receiver was heavily blanketed by opposing cornerbacks and had few opportunities to add yards after the catch (YAC).

Making his first start in a season opener for the Cleveland Browns, in a game against division rivals Pittsburgh Steelers, Ogunjobi showed he is ready to be a consistent force to reckon with on the Browns' defensive line.

The defensive tackle from North Carolina gave Steelers center Maurkice Pouncey a torrid time, as Ogunjobi racked up 7 tackles with 1 sack, 1 tackle for a loss and 1 quarterback hit in the 21-21 tie.

Playing more than 90 percent of available defensive snaps, Ogunjobi gave Browns fans reason for optimism despite the Steelers running for over 100 yards. Next up for Ogunjobi and the Browns? The Saints and Alvin Kamara.

Few players had a worse 2017 season than Eli Apple. Given a chance by new Giants GM Dave Gettleman and new coach Pat Shurmur, Apple responded with a great performance in week 1.

In the Giants' 20-15 loss to the Jaguars, Apple had 3 tackles but more importantly 2 passes broken up and fantastic coverage when thrown at.

The Ghanaian-American showed the talent that made the Giants draft him in the first round in 2016. If Apple keeps showing the physical effort, execution and mental growth at the defensive back position that he displayed on Sunday, then the Giants will be thrilled to have the Ohio State product prove them right.

In his first regular season game since 2016, Enunwa showed fans why Jets coaches are enamored with his ability. The Nigerian-American from California had 6 receptions for 63 yards and 1 touchdown, but most importantly he was targeted 10 times by rookie QB Sam Darnold in the Jets' victory over the Detroit Lions.

Those 10 targets were the most by Darnold to any receiver, and showed the faith and confidence Darnold has in Enunwa.

Jets fans are high on the promise being shown by Darnold, and if he continues to do great things this season then that bodes well for Enunwa if he becomes Darnolds favorite target.

Playing against LA Rams, and reigning NFL defensive player of the year Aaron Donald, Osemele was up against it as Donald gave him all he could handle and more. Donald was able to draw Osemele into committing several holding penalties.

Despite all that, Osemele was able to hold Donald to 1 tackle and no official sack in the game as well as no quarterback hit for the DPOY. Osemele also moved Donald out of the way twice during a touchdown run by Raiders running back Marshawn Lynch in the first quarter.

Given what he faced in Donald and Cameroonian-American defensive tackle Ndamukong Suh, Osemele came off as well as any offensive lineman might hope to when lined up against Donald and Suh.

Players To Watch In Week 2

Patrick Onwuasor (Baltimore Ravens Inside Linebacker) versus the Cincinnati Bengals and their burgeoning running back Joe Mixon.

Derrick Nnadi (Kansas City Chiefs Defensive Tackle) versus the Pittsburgh Steelers and another rising young back in James Conner.

George Iloka (Minnesota Vikings Safety) versus the Green Bay Packers and Aaron Rodgers. Nothing more needs to be said when it comes to the difficulties of playing defense against Rodgers. 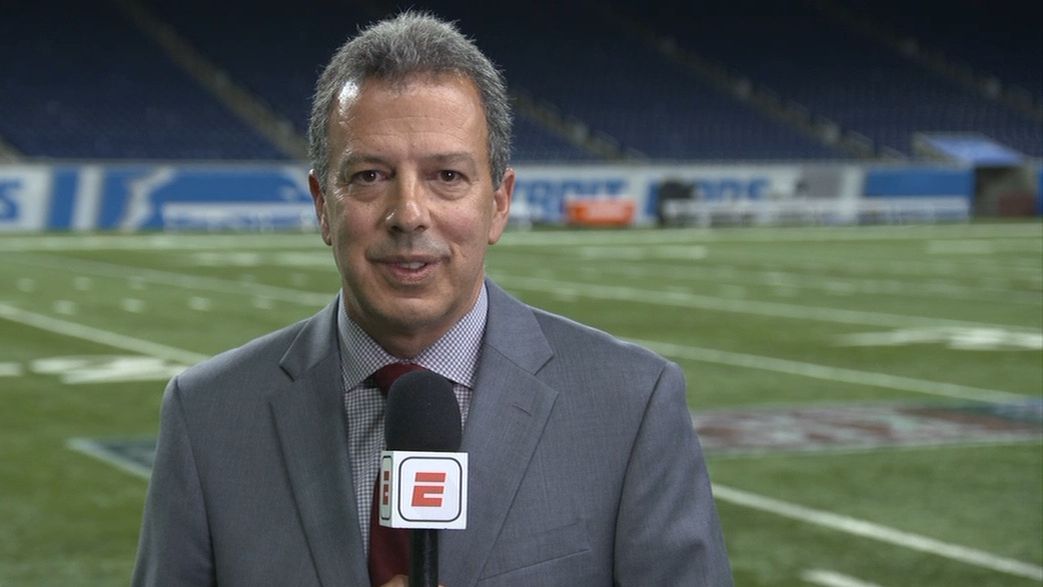