NFL COVID-19 outbreak: Can the league really get through the 2020 season? What we know about new positive coronavirus tests 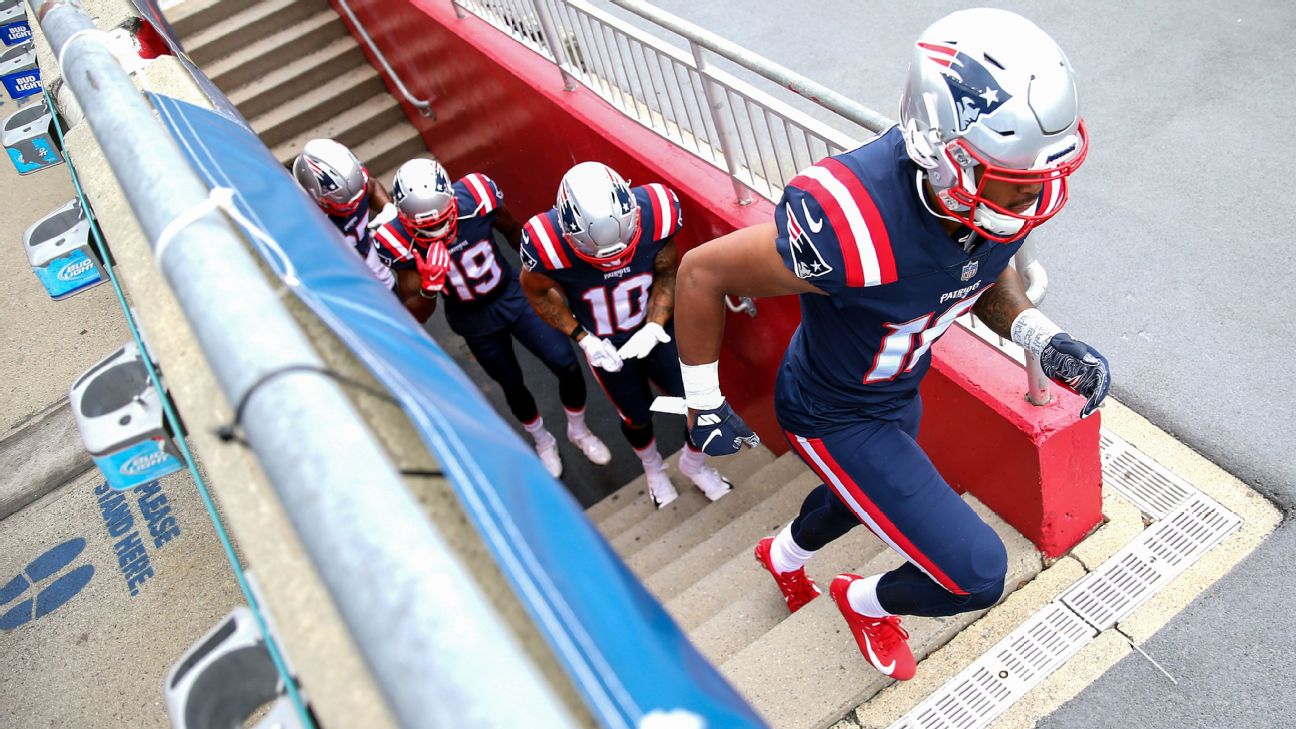 Is this going to work?

It's time to start asking existential questions about the NFL's attempts to play through the coronavirus pandemic. After near-flawless results during training camp-- a total of seven player infections occurred from Aug. 12 to Sept. 19 -- the first quarter of the 2020 season has produced a crush of protocol violations and positive test results, as well as an ongoing team outbreak and the possibility of a second.


The NFL appears fixated on individual and team defiance as the source of the issue, as opposed to unrealistic expectations for life in and around what it has called a "virtual football bubble." But a number of holes have emerged in the league's protocols, flaws that would exist even if the NFL can find a way to impose them consistently and effectively across the 8,000 team employees the league is monitoring on a weekly basis.

There continues to be no indication that the league would consider transitioning to a tighter bubble. So as Week 5 games approach, the NFL finds itself at a critical inflection point. Will this work? Let's take a closer look.

How do you know the NFL is fixated on defiance as the root cause?

In a memo this week, commissioner Roger Goodell wrote: "The preseason and the first three weeks of the regular season proved that strict adherence to the mandatory protocols ... make it possible to play football in a safe and responsible environment."
That sentiment was reinforced Wednesday by NFL chief medical officer Dr. Allen Sills and NFL Players Association medical officer Dr. Thom Mayer.

Sills said: "It is critically important that we do not grow complacent in our rigorous application of measures proven to be impactful: always wearing face coverings, maintaining physical distancing and practicing healthy hand hygiene."

Mayer said: "We encourage everyone to do their part to follow the protocols and keep each other safe."

But hasn't the NFL changed its protocols?

Yes, just as Sills said it would as the situation evolved. The league and the NFLPA work together on every rule change, so players have tacitly signed off. But it almost goes without saying: Evolving or enhancing a protocol is an implicit acknowledgement that the previous iteration wasn't sufficient. Any fair interpretation of that admission would direct at least some blame at the protocols themselves.

So what has happened here?

The NFL and NFLPA are investigating what they hope is an extreme outlier in Tennessee. Since Sept. 24, 22 people from the Titans' organization have returned positive tests. The team closed its facility on Sept. 29. That Titans players are still returning positive tests eight days later has pointed NFL and NFLPA investigators toward reports that players broke protocol and gathered for workouts when they were supposed to be isolating at home.

The Titans' outbreak also exposed one hole in the protocol. The NFL entered the season testing players every day except game day. It never explicitly explained that decision, but the most likely reason is that teams wouldn't receive accurate polymerase chain reaction test results in time for kickoff. Because of that timing, Titans players and coaches spent an extra 24 hours around each other before taking another round of tests. Quicker but less accurate point of care tests are now administered on game day to teams that have had an exposure or active infection.

Could the Patriots be a second outbreak?

We don't know, but the timing of Newton's positive test exposed another flaw in the protocol. No other Patriots players tested positive on Saturday, Sunday or Monday, so the NFL allowed them to play Monday against the Chiefs. But it can take more than five days for an infection to show up on a test. Gilmore, who was judged to be a close contact of Newton and as a result flew on a separate plane to Kansas City, produced his positive test four days later. It's possible that Newton could have infected others in the interim, and the decision to separate Gilmore (and 19 others) on a second plane doesn't line up with allowing him to interact with and play alongside everyone else.

Should the NFL have postponed the Patriots-Chiefs game?

To be 100% safe, the NFL needed to hold off playing until anyone who had contact with Newton had emerged from the full incubation period. According to the Centers for Disease Control and Prevention, that period can last up to 14 days.

Wow.That's a long time in the context of a weekly game schedule.

Right. And that's where we get into practical considerations. If the NFL postpones every game that involves any team that is experiencing one active infection, it is going to struggle to complete a full season.Rescheduling the Titans' Week 4 game against the Pittsburgh Steelers was fairly painless, but not all games will be so easily shifted.

And that is especially true when players, coaches and other team employees are exposed to the local community on a daily basis after leaving the team facility. The NFL's approach is explicitly about minimizing risk, not eliminating it.

That wouldn't be an issue if they were in a true bubble.

That's true. In an interview over the summer, Sills said the league considered bubble options and didn't rule out the possibility of transitioning to one if necessary. But neither the NFL nor the NFLPA viewed a bubble to be realistic, either leaguewide or within each market -- not to mention the discomfort involved in separating players and coaches from their families for up to six months.

"We landed at the place where everyone felt the most comfortable," Sills said at the time, "in terms of the safety balanced against the pragmatic aspects."

Even moving to 32 market bubbles would require each team to house hundreds of people in a hotel and then maintain the bubble through transportation to airports, team facilities and stadiums. The league would also have to accommodate game officials, who live around the country, as well as any essential workers whom people inside the bubble would encounter at games and during travel.

Then how does the NFL envision itself operating in a pandemic?

Prior to the start of training camp, Sills foreshadowed the current environment.

"We've said all along that we expected there would be positive cases among players and personnel," Sills said in July. "And there may be a number on each team. As long as this virus is endemic in society, we're going to continue to see new cases. What we think is important is that we have protocols in place that can identify those cases as quickly as possible, and make sure that once we identify them, we take the right action, which is to isolate the individual away from the team, get them the appropriate treatment and then do the contact tracing."

That doesn't appear to have worked in Tennessee.

The NFL and NFLPA are investigating what happened there, and it's certainly possible that they will uncover violations that caused or exacerbated the outbreak. But as epidemiologist Zachary Binney said earlier this year: "Cases can arise even if you're doing your level best."

It can happen as innocently as a coach being infected by a school-age child whom he hugs after returning home from work, Binney said. In other words, cases and even an outbreak can be the result of bad luck in addition to noncompliance.In a tweet Wednesday, Gilmore said: "I've followed every protocol, yet it happened to me."

But we've all seen examples of NFL noncompliance.

There's no doubt. As ESPN's Dan Graziano pointed out last week, more than a few high-profile NFL employees have shown blatant disregard for protocols. Five head coaches were fined $100,000 apiece, and their teams $250,000 each, for not properly wearing face coverings on the sideline during games. Those coaches were: Vic Fangio (Denver Broncos), Pete Carroll (Seattle Seahawks), Kyle Shanahan (San Francisco 49ers), Jon Gruden (Las Vegas Raiders) and Sean Payton (New Orleans Saints).The NFL has taken the extreme measure of threatening teams with loss of draft picks and even forfeiture of games if there are repeated violations.

Meanwhile, 10 Raiders players were fined for failing to wear masks at a charity event. There have been other, more subtle breaches. For example, players are prohibited from coming within 6 feet of each other after games. That mandate has largely been ignored, and the NFL has to this point been unable to enforce it. Video of Gilmore speaking face-to-face Monday night with Chiefs quarterback Patrick Mahomes is a particularly notable example.

Binney compared the predicament to playing defense in the NFL. If one player doesn't carry out his coverage assignment, the entire scheme can be busted.

Has there been any good news?

It's a small data point, but one of the initial concerns of playing football in a pandemic was the inability to maintain physical distancing during the actual game. That limitation did not lead to any reported virus transmission. It doesn't mean that the virus can't be spread while playing, but it does not appear to have occurred in this instance. The NFL's game-day protocols limiting interactions and encouraging face coverings on the sideline might have contributed to this outcome.

Is there anything else that could be at play since the end of training camp?

One obvious area for the NFL and NFLPA to investigate is the addition of travel to the landscape. Cancellation of the preseason meant teams never left their home cities this summer. Structurally speaking, the biggest difference between training camp and the regular season is that coaches and players have spent time on airplanes, in hotels and in opposing stadiums.

To get back to the beginning: Can this work?

If met, Goodell's demand for "strict adherence" to protocols could minimize the chances for outbreaks. But there isn't much the NFL or the NFLPA can do about COVID-19's incubation period. It takes time to confirm whether an infection has in fact been contained. Short of a bubble, the completion of a full 2020 season will require repeatedly successful outcomes from a series of calculated risks. 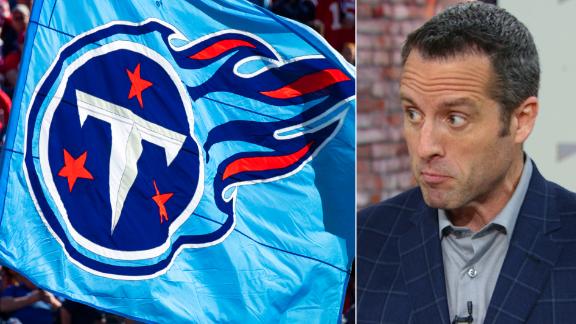 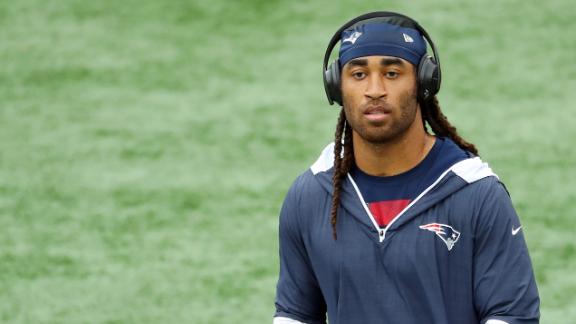 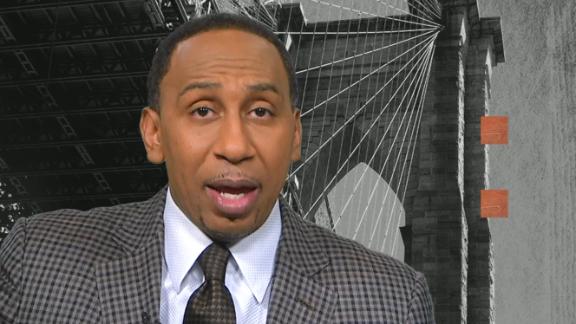