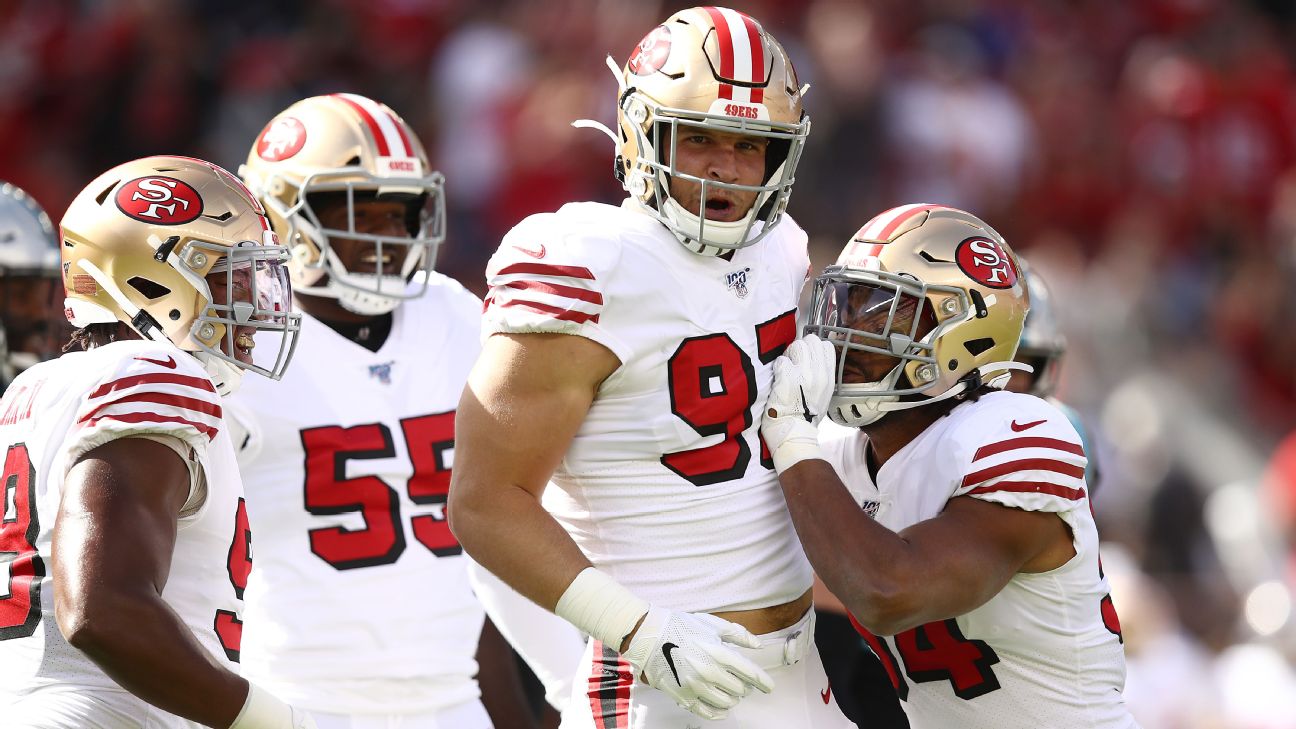 SANTA CLARA, Calif. -- After posting a hat trick of sacks in the first half, San Francisco 49ers defensive end Nick Bosa reached back into his bag at the end of the third quarter and pulled off something he hadn't yet done in his young NFL career.

With four seconds left in the third, Carolina Panthers quarterback Kyle Allen dropped back to throw. As he looked to his left, he apparently deemed it possible to float the ball over Bosa. But Bosa had other ideas.

The No. 2 pick in April's draft used every bit of his 33.5-inch vertical to climb the ladder and pick off the pass. Bosa returned the interception 46 yards to Carolina's 9 before going down. An exhausted Bosa laid on the ground for a moment to catch his breath as teammates celebrated around him.

Bosa's first career interception set up a field goal for a 44-13 San Francisco lead. In the process, Bosa became the first 49er with three sacks and an interception in a game since sacks became an official statistic in 1982. He's the first in the NFL to pull off the feat since Kansas City's Chris Jones did it in Week 2 of the 2017 season.