Niners believe C.J. Beathard will be 'productive,' not interested in trading for high-profile QB 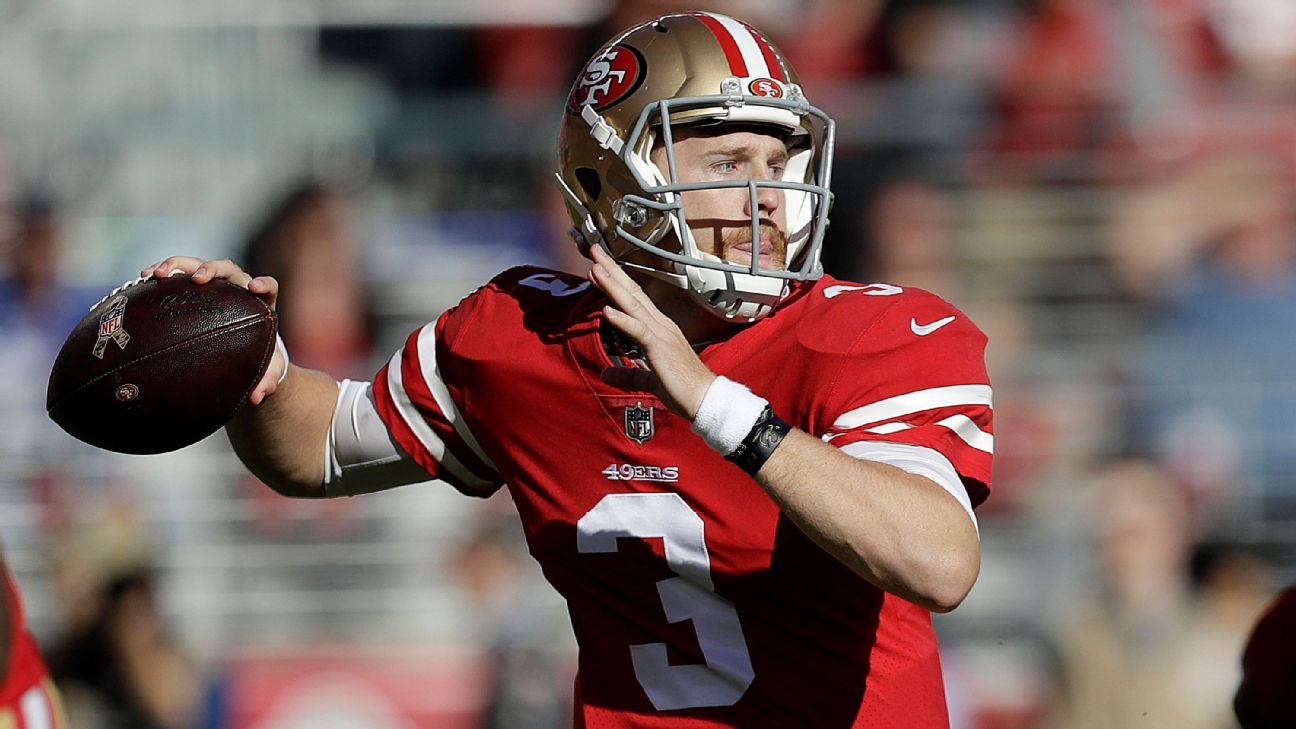 In the wake of Jimmy Garoppolo's season-ending injury, the San Francisco 49ers are not interested in signing or trading for a high-profile quarterback because they don't see a better option than backupC.J. Beathard, sources told ESPN.

Some within the league are hoping that the Niners,who have five prime-time games remaining on their schedule, will trade for Philadelphia Eagles quarterback Nick Foles, according to a source.

But San Francisco will not trade for Foles and will not bring back former 49er Colin Kaepernick -- a move some fans have also called for -- because, as one team source said, they think Beathard will "be productive."

San Francisco's best-case scenario is that Beathard develops into a viable starting quarterback the wayKirk Cousins did for Kyle Shanahan when the current Niners head coach was an assistant with the Washington Redskins. Beathard appeared in seven games as a rookie last season, completing 54.9 percent of his passes for 1,430 yards, four touchdowns and six interceptions.

But the team source told ESPN that the Niners think Beathard, who will make his season debut Sunday against the Los Angeles Chargers, is "better than last year."

"He's got a whole offseason [in Shanahan's system]," the source told ESPN. "I think there will be a night and day difference. He's not Garoppolo, but I think he'll be productive."

The Niners could consider signing a third quarterback for depth behind Beathard andNick Mullensnext week, but that potential roster opening would depend on their situation at the safety position, where they have been plagued by injuries.

Starting strong safety Jaquiski Tartt is doubtful Sunday and is likely to miss his second consecutive game with a shoulder injury. Antone Exum Jr., who had nine tackles and a sack last week, would start in Tartt's place. Free safety Adrian Colbert also is questionable with a hip injury. Should Colbert not be available Sunday, rookie D.J. Reed likely would take his spot.

If they resolve their injury situation at safety, the Niners view free-agent quarterbacks Tom Savage and Matt Simms as potential options for their No. 3 spot, according to sources.