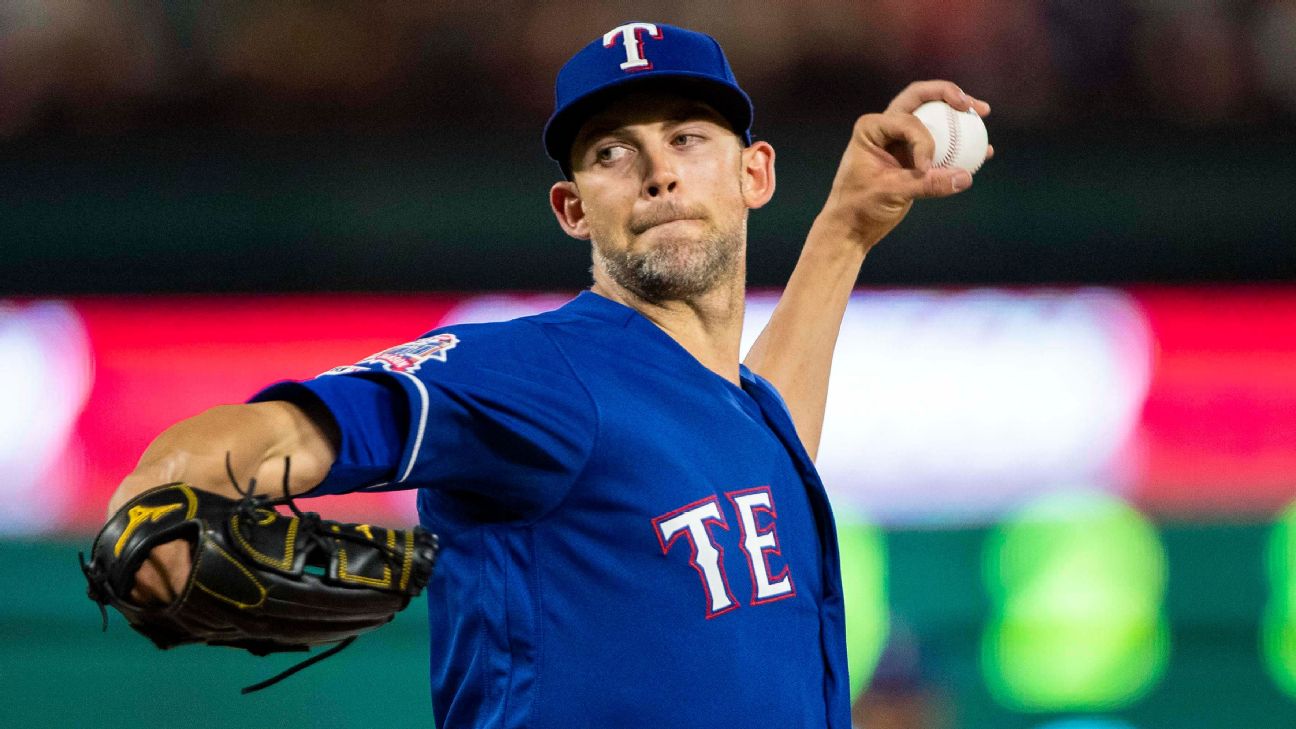 The Oakland Athletics acquired left-hander Mike Minor from the Texas Rangers on Monday, bolstering their rotation as they seek to hold on to their lead in the American League West.

The A's received cash considerations in the deal and sent two players to be named later and international slot money to the Rangers in return.


Minor, 32, has been a rotation stalwart for the Rangers since he signed a three-year, $28 million contract entering the 2018 season. He struggled in his first half-dozen starts this season, but his six shutout innings Friday against a potent Los Angeles Dodgers offense illustrated his ability.

Oakland sought help for a starting staff that entered trade deadline day with a 4.84 ERA. Although rookie Jesus Luzardo and right-hander Chris Bassitt have been solid, Mike Fiers' low strikeout and high home run rates are concerning, and Sean Manaea and Frankie Montas have ERAs of 5.64 and 6.06, respectively.

The A's also are facing a potentially rough road after a member of the organization tested positive for the coronavirus over the weekend. The team hasn't played since Saturday and won't return to the field until Thursday at the earliest.

"With the uncertainty going forward and the potential for a number of doubleheaders down the road and players potentially missing time, I think it was critical that we were able to complete this deal for Mike," general manager David Forst said. "Whether he pitches as a starter or reliever or both, I think he's going to be very valuable for the last month."

The A's are 22-12, the third-best record in baseball, and hold a 2-game lead over the Houston Astrosin their division.


"We set out coming into today to accomplish a couple goals and boost our rotation depth as well as add a left-handed presence in the lineup. We accomplished those," Forst said. "Under difficult circumstances, I think our team did a good job. Our group worked hard on identifying players. I'm looking forward to seeing all these guys back out on the field at some point. We're focused on that now. We got through 1 o'clock today, and now we've got the month of September to look forward to."

Minor, who is owed a little less than $2 million for the remainder of the season, is due to hit free agency this winter. His fastball velocity has taken a step back this season, going from an average of 92.6 mph last year to 90.6 mph, but he has still struck out 35 in 35 innings. His propensity to allow home runs has boosted his ERA to 5.60.

He was a highly sought after trade candidate last year and over the winter, but the Rangers held on to Minor in hopes of contending this season. At 12-21, the team has the fourth-worst record in baseball and has talked with teams about also moving right-hander Lance Lynn, who has emerged as a front-line starter, and slugger Joey Gallo.