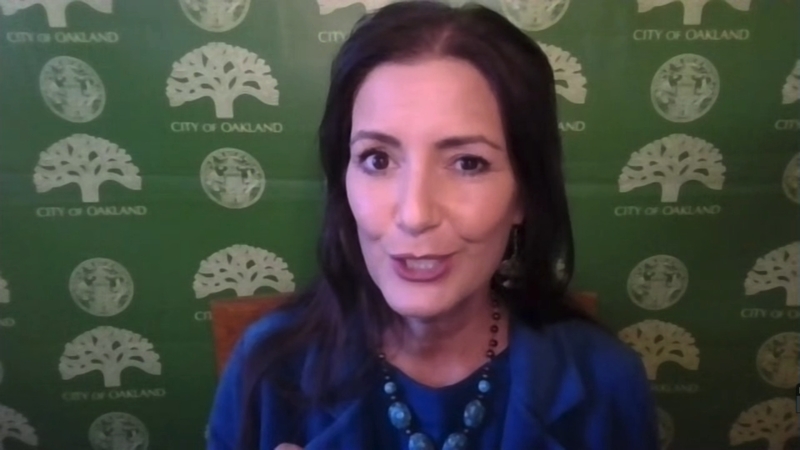 SAN FRANCISCO (KGO) -- The Athletics and Major League Baseball are threatening to move the team if it can't get a waterfront stadium built in Oakland.

Mayor Libby Schaaf joined us on Wednesday for our weekly conversation on Midday Live to discuss the plausibility of an A's Waterfront Ballpark.

The A's say they'd like to stay in Oakland, but it's just taken so long to move forward on the project.

The budget said it could cost $850 million. The A's released their financial plan just three weeks ago.

"The A's are privately financing the ball park itself," said Schaaf. "But for this to be successful, we will need to make transportation improvements beyond the ballpark. And deliver community benefits that our community expects. Particularly to make sure this project does not cause displacement or gentrification."

VIDEO: What will it take to keep the A's in Oakland? Team's president explains
EMBED More News Videos

She said to make these public investments, they need the other regional partners to participate, such as the port, the county and the state.

"We will all see incredible revenues if this project gets built," she added.

Schaaf's outlook is hopeful to accomplish the goals they've set out.

"We have gotten a lot done over this year," she said. "I am confident we can get this over the finish line."

Even with this project being moved forward, the expected completion would be 2027.

"That's what it takes to develop on the waterfront, which has to be done carefully with the highest environmental standards. And this project needs to deliver on those community benefits," said Schaaf.

She pointed out that the pandemic has created delays.

They expect to get this topic in front of city council by the end of July to make the deciding vote.

Go here for more stories and videos about the Oakland Athletics.