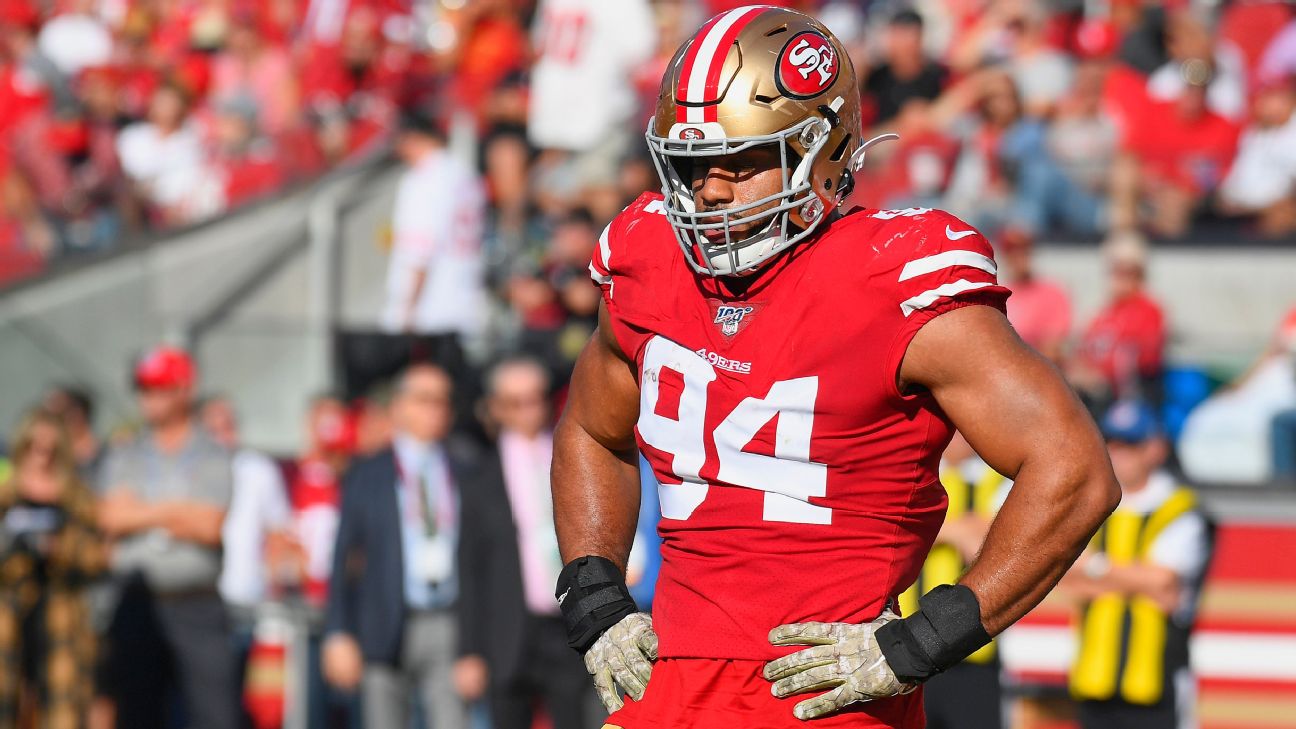 Monday was the deadline to decide on the options for the 2017 NFL draft class. That means that, barring the sides striking a contract extension at a lesser rate, Thomas will become a free agent after the 2020 season.

The move doesn't come as much of a surprise, but it's notable because the 49ers used the No. 3 overall pick on Thomas in 2017. San Francisco has used its initial pick in the draft on a defensive lineman in five of the past six years.

Many of those moves have worked out. Defensive linemen DeForest Buckner and Arik Armstead signed lucrative contracts this offseason (Buckner after a trade to Indianapolis and Armstead with the Niners) and Nick Bosa earned the NFL's Defensive Rookie of the Year award last season.

But Thomas struggled to gain traction as he bounced from end to tackle and back without having a defined role. In three seasons with the Niners, Thomas has 93 tackles, 6 sacks and a fumble recovery while appearing in 46 regular-season games. He started 28 of those games.

In that time, Thomas has dealt with personal tragedy following the death by suicide of his sister Ella in the winter of 2018. Thomas and his family have since made helping people with mental health struggles a priority through a number of charitable endeavors.

While the Niners have elected not to pick up the option, that doesn't necessarily mean Thomas' time in San Francisco is up. General manager John Lynch told 95.7 The Game radio in San Francisco on Thursday that Thomas could still be a candidate to sign an extension, much like the 49ers did with guard Laken Tomlinson in 2018.

That year, the 49ers declined Tomlinson's option in early May but signed him to a three-year extension on June 22. Had the 49ers exercised Thomas' option, his salary for 2021 would have been guaranteed for injury only at a price of about $16 million.

Before the NFL draft, Lynch indicated that Thomas was in line for an increased workload at three-technique defensive tackle, but that was before the teams used the No. 14 pick in the draft on South Carolina defensive tackle Javon Kinlaw.