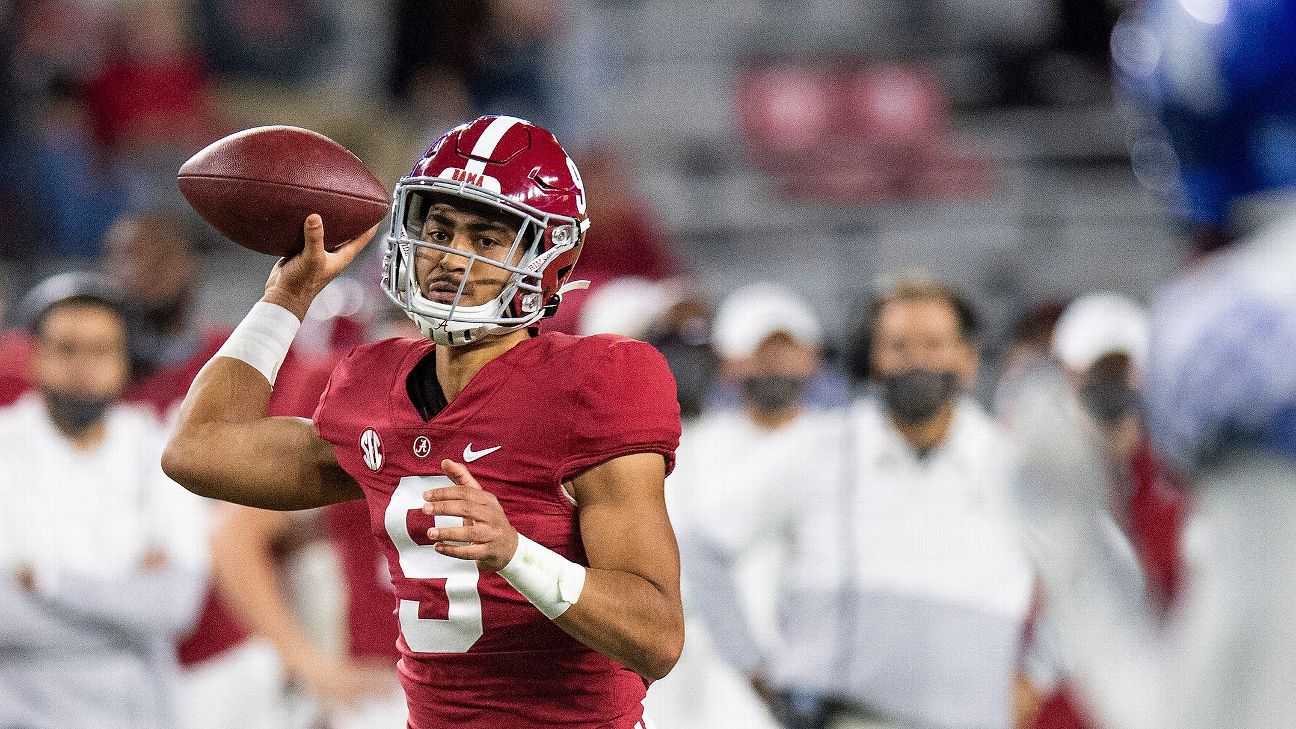 A player like Young who hasn't started a game making that much money, he said, "is not what this whole thing is supposed to be about."

Young, who was a five-star prospect from California, was Alabama's second-string quarterback as a freshman last year, playing sparingly in mostly mop-up duty. He's expected to be the starter this season.

The reason, Saban told the coaches, was "because of our brand."

Shaw, a four-time Pac-12 Coach of the Year, insinuated that Saban's message to the coaches was no accident.


"Nick Saban is smarter than any 10 of us in this room combined," he said. "So there's no way that [was] just a throw-in. Obviously that's a plant to make sure people knew, and it's a great way to recruit."

At SEC media days last week, Saban said he was unsure what the future held with players now able to profit off their name, image and likeness.

Saban hinted that someone like Young potentially earning so much more than his teammates could cause tensions in the locker room.

"It's not going to be equal, and everything that we've done in college athletics in the past has always been equal," he said. "Everybody's had equal scholarship, equal opportunity. Now, that's probably not going to be the case. Some positions, some players will have more opportunities than others. And how that's going to impact your team, our team, the players on the team, I really can't answer because we don't have any precedent for it."
Report a correction or typo
Related topics:
sportsespnnewscollege footballalabama crimson tidestanford cardinalbryce young
Copyright © 2021 ESPN Internet Ventures. All rights reserved.
TOP STORIES
Toilet paper spill creates 'traffic hazard' on I-880
Biggest storm in years brings flooding to Bay Area
Storm brings iconic Yosemite Falls roaring back to life
Tiffany Li answering questions about murder of her kid's father
North Bay residents describe evacuating flooded homes
Bear cubs playfully wrestle in snow in Lake Tahoe
Woman suing Kellogg's over fruit filling in strawberry Pop-Tarts
Show More
Drivers abandon vehicles on flooded I-880 in Fremont
Assistant director who handed Baldwin gun had been fired previously
2 former SF Assistant DA's join campaign to recall Chesa Boudin
More than 700 branches, fallen trees scattered throughout SF
Hiker survived 48 hrs in Sierra National Forest with water, tangerine
More TOP STORIES News