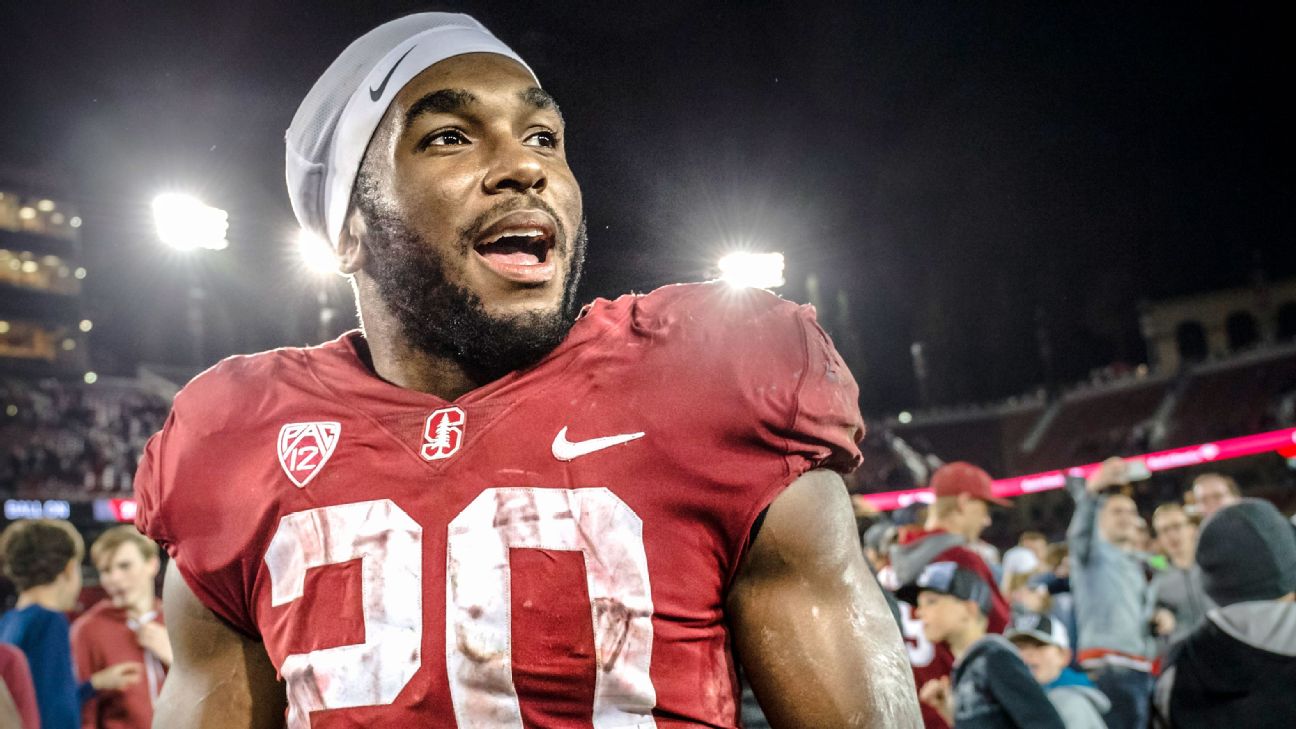 Stanford Cardinal running back Bryce Love will not play in the Hyundai Sun Bowl against Pittsburgh, he announced Monday.

The decision was not unexpected after an injury-plagued senior year that began with Love as the front-runner for the Heisman Trophy.

After rushing for 2,118 yards and 19 touchdowns in 2017, Love was held to just 739 yards this season. He averaged at least 7 yards per carry in his first three seasons before it dropped to 4.5 this year, the result of a nagging ankle injury and uncharacteristically poor line play from the Cardinal.

In an Instagram post, Love said he "will instead focus on being completely healthy and prepared for the 2019 NFL draft."

Stanford coach David Shaw said after the Cardinal's regular-season finale earlier this month -- a 23-13 win over Cal in which Love rushed for 74 yards on 22 carries -- that the running back's dropoff in production as a senior shouldn't affect his draft status.

"This guy, on one ankle, in the last two years has made more plays than anybody with two healthy ankles," Shaw said. "It's not just the stats. It's the film. And people who know anything will see that."