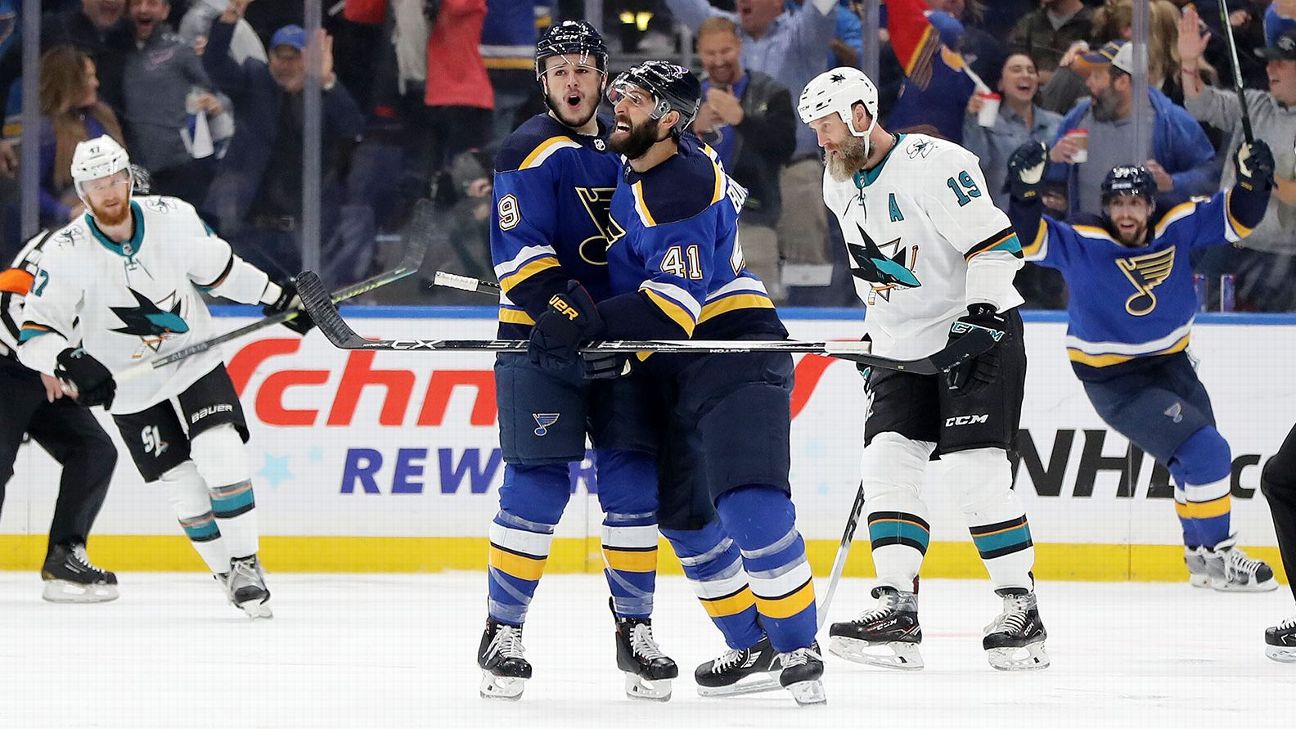 For the first time since 1970, the St. Louis Blues are playing for the Stanley Cup. For the ... well, we've lost count really, the San Jose Sharks are going home before the final round.

Here's what happened in the NHL last night (check out replays of every playoff game on ESPN+) and what to watch for in the days ahead, in today's edition of ESPN Stanley Cup Playoffs Daily:

Play of the night | Social post of the day

The most deflating sight of the Western Conference finals was warm-ups for the Sharks in Game 6. You want best-on-best in the playoffs. You don't want "best-on-what's-left-of-best."

Erik Karlsson and Tomas Hertl were left home. Joe Pavelski traveled with the Sharks but wasn't close to playing, according to Peter DeBoer. So this diminished team took the ice against a buzz saw, one that outscored the Sharks 12-2 in its final three wins of the series to eliminate them. The Blues controlled play, scored early on David Perron's goal at 1:32 of the first, and then scored four more times. The win sends the Blues to their first Stanley Cup Final since 1970.

1. Jordan Binnington, G, St. Louis Blues. The Blues rookie allowed one goal against the Sharks and made 25 saves, including a few in the third period before his team put the game away. Of note: His glove save on a clear Logan Couture shot, and his point-blank stop on Evander Kane, keeping him goalless since Game 3 of the second round. Ouch.

2. David Perron, LW, St. Louis Blues. Defenseman Alex Pietrangelo joked after the game about the quality of the franchise considering how many times Perron has chosen to return to it. But after making the Stanley Cup Final with the Golden Knights last season, Perron helped the Blues get there this year with a goal and an assist in Game 6.

3. Dylan Gambrell, C, San Jose Sharks. Not a bad time to score your first career goal in the NHL, eh? Gambrell fired one past Binnington in the second period to cut the lead to 2-1, but the Sharks couldn't get the equalizer.

'Twas a time when Vladimir Tarasenko was considered a postseason underachiever. So it should be noted here that he had a point in every game of the Western Conference finals, including goals in three of the last four games. That included this critical tally to make it 2-1.

Everyone not named Dylan Gambrell on the Sharks.

The team truly faced an unenviable task without Hertl, Pavelski and Karlsson in the lineup. This is undeniable. But the Sharks went out so meekly on the offensive end in these last three games. From Evander Kane's inability to find the back of the net to the inconsistency of Joe Thornton's line (on the scoresheet and in its composition) to the hex placed on Logan Couture's line, which didn't tally a point after that hand-pass controversy in overtime of Game 3.

"They're a great team over there. They play hard. They play tight. They have a great goalie. It was just not a lot out there," said defenseman Brent Burns, who had two assists in the series. "We had to work for everything. When we were working it seemed like we couldn't get that break. But I thought we had a lot of really good chances tonight, too. Missed opportunities. That's all it takes this time of year. The difference between winning and not winning is so close."

The Enterprise Center played "Shipping Up To Boston" after the Blues' Game 6 win, because who doesn't like a cliché? Expect copious amounts of "David Backes vs. the Blues" and "Jordan Binnington vs. Tuukka Rask" takes.

The Jacks in Philadelphia, where the "Play Gloria" tradition began, has become the unofficial home of the St. Louis Blues, as NHL.com's Adam Kimelman discovered on Tuesday.

"No. No, nope." -- Sharks star Joe Thornton, when asked about his future 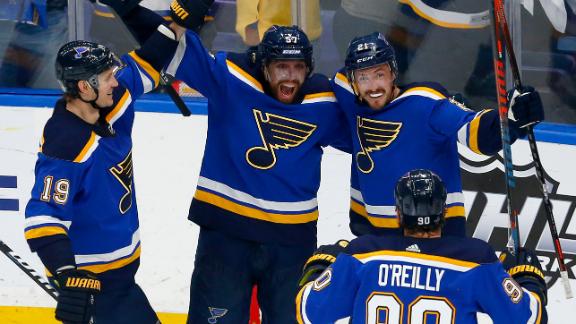 Tarasenko, Blues advance to 1st Stanley Cup since 1970
Vladimir Tarasenko nets his eighth goal of the playoffs, helping the Blues dispatch the Sharks 5-1. 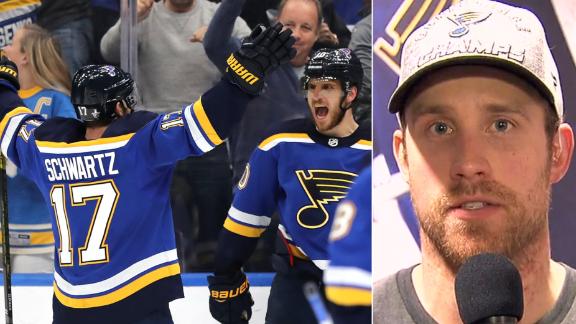