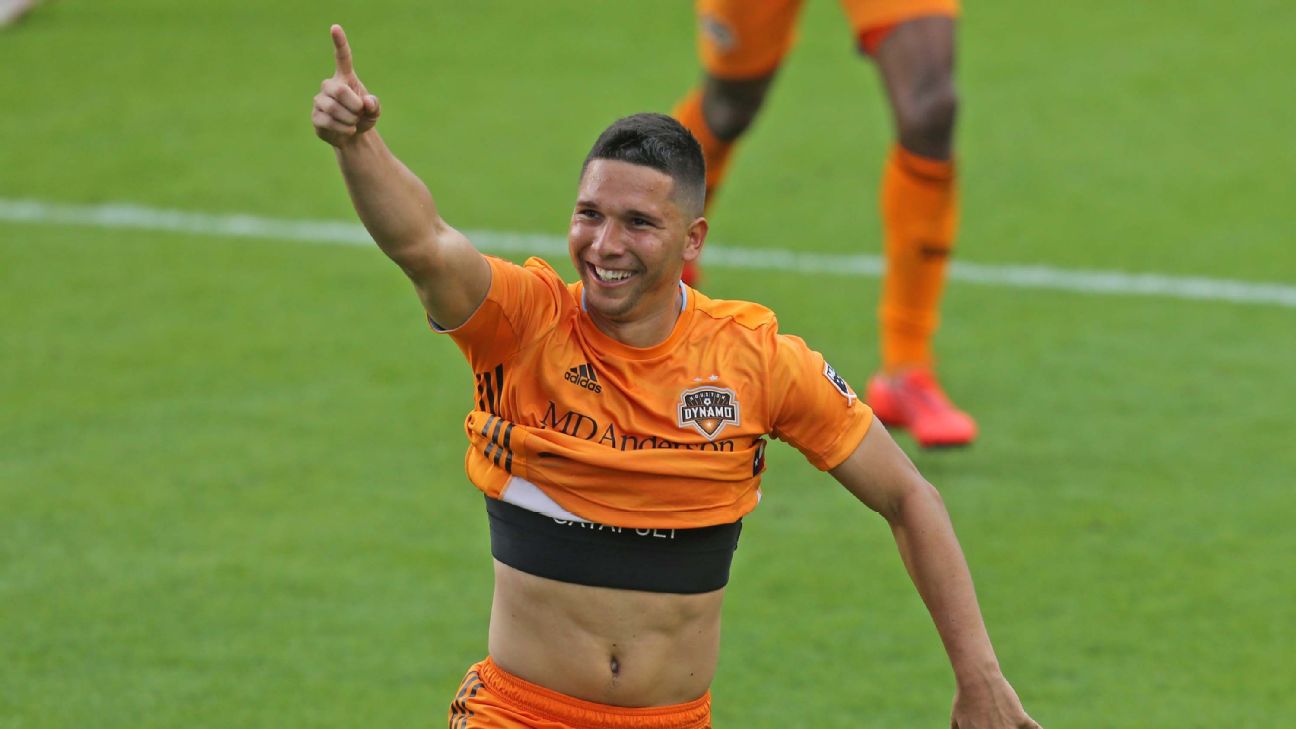 Tomas Martinez scored in the 60th minute as the host Houston Dynamo won their fourth straight match with a 2-1 victory over the San Jose Earthquakes on Saturday.

Alberth Elis tallied in the 52nd minute, Mauro Manotas notched a pair of assists and Joe Willis made four saves as the Dynamo (4-0-1, 13 points) improved to 9-2-1 in their last 12 home encounters against San Jose.

Jackson Yueill scored in the 56th minute and Daniel Vega finished with four saves for the Earthquakes (1-5-0), who fell short in their bid for their second straight win. San Jose posted a 3-0 victory versus Portland last Saturday.

After lightning in the Houston area delayed the start of the second half, the Dynamo benefited from a pair of quick strikes to claim a 2-1 lead.

Houston answered Yueill's long blast from outside the box in the 56th minute with an alert play by Tomas Martinez, who took advantage of a failed centering feed and wired a left-footed blast just inside the left post to give the Dynamo a 2-1 lead.

The Dynamo opened the scoring in the 52nd minute after Elis received a return pass from Manotas before unleashing a shot inside the right post.

Tempers began to flare toward the end of the match after San Jose's Marcos Lopez received a red card for an aggressive tackle on Boniek Garcia.

Houston enjoyed the better of play early in the first half and registered a few quality chances to open the scoring.

The Dynamo's best opportunity came the 37th minute as Martinez was ruled to have been pulled down in the penalty area by San Jose's Anibal Godoy, who received a yellow card.

Manotas lined up for the penalty kick, but his initial bid caromed off the left post. The ball bounced right back to the Houston forward for an easy conversion, although officials deemed that the goalkeeper did not touch the ball and negated the apparent goal.

San Jose's top chance to score in the first half came in the 41st minute, as Cristian Espinoza's bid from outside the box caromed off the post. 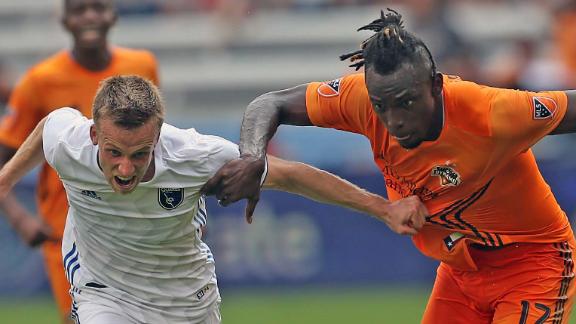 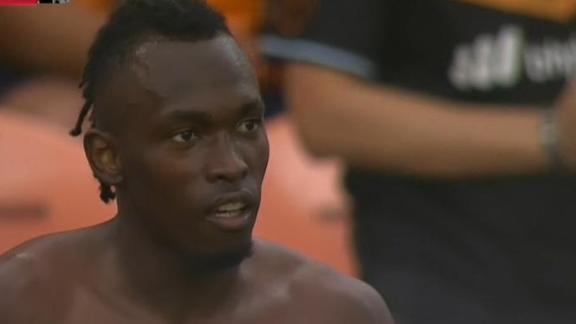