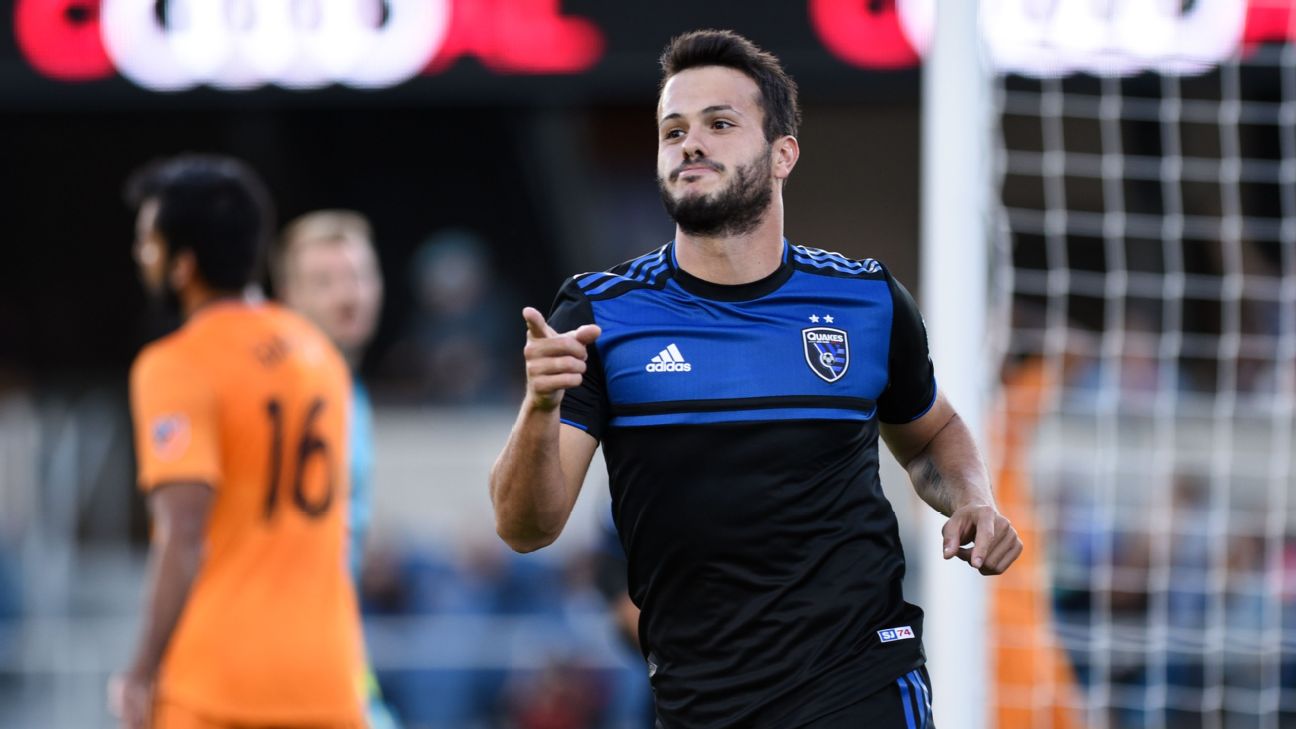 ESPN
By Reuters
Valeri "Vako" Qazaishvili scored two goals, and Daniel Vega picked up his fourth shutout of the season, leading the San Jose Earthquakes to a 2-0 victory over the visiting Houston Dynamo on Wednesday night.

Vega needed to make just one save as San Jose extended its MLS unbeaten streak to five games (3-0-2).

Joe Willis finished with four saves for Houston, which was playing the second game of a three-game, eight-day road trip that will cover more than 5,000 miles. The Dynamo, who lost at Portland 4-0 on Saturday night, next play at the New England Revolution on Saturday.

San Jose dominated possession in the first half when it controlled the ball for 63.6 percent of the action en route to a 1-0 lead.

The Earthquakes, who outshot the Dynamo 5-3 before the break, scored in the 22nd minute on a play off a corner kick. Cristian Espinoza passed the ball to an open Magnus Eriksson outside the 18-yard box, and Eriksson then found Vako cutting toward the right post. Vako then flicked the pass over a diving Willis for his second goal of the season.

Espinoza had a chance to make it 2-0 in the 56th minute, but his wide-open shot from the top of the box sailed over the goal. Six minutes later, Willis got his left hand up just in time to deflect a Chris Wondolowski header from the edge of the 6-yard box.

Vako then got his second of the night in the 75th minute. His right-footed shot from the top of the 18-yard box flew past a diving Willis and inside the left post.

The 26-year-old midfielder, who has extensive experience playing for the Georgia national team, was later subbed off to a standing ovation in the 88th minute.

The Earthquakes (6-6-4, 22 points), who began the season with four consecutive losses, moved into sixth place in the Western Conference with the victory. The fifth-place Dynamo (7-5-3, 24 points) have lost three of their past four MLS outings, going 0-3-1 in that stretch. 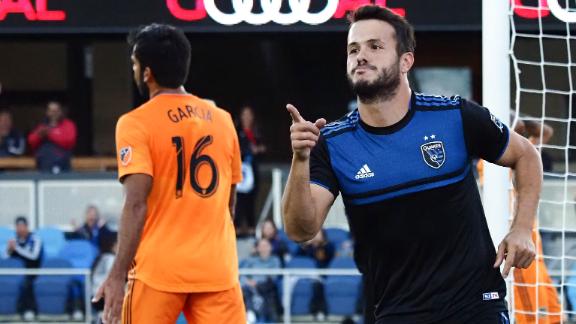