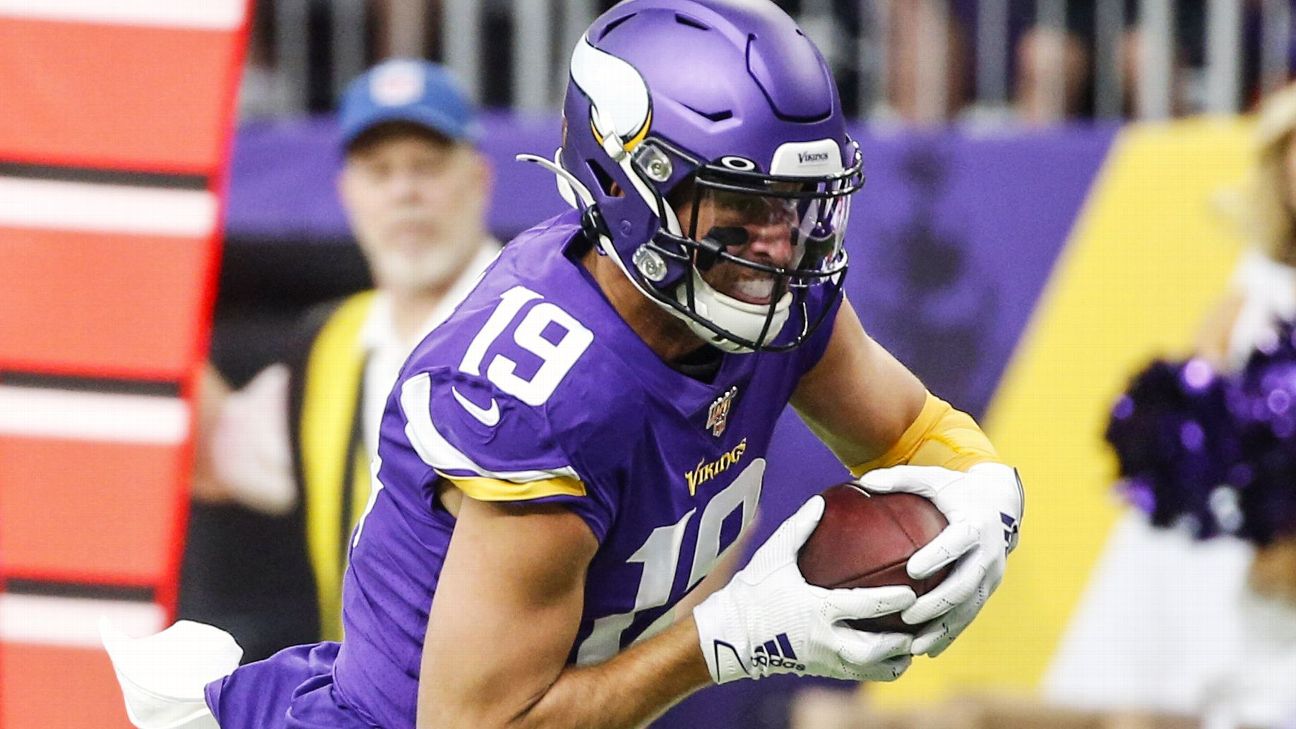 EAGAN, Minn. -- Adam Thielen is listed as questionable for the Minnesota Vikings' divisional playoff game in San Francisco one day after getting stitches on his left ankle following an injury at practice.

Sources told ESPN that Thielen cut his ankle in practice Wednesday and that that's why he was listed as limited on the injury report. The wide receiver did not practice Thursday.

Coach Mike Zimmer was mum about how Thielen's injury occurred and whether it will limit him against the 49ers.

"I don't know," Zimmer said. "We don't talk about things that happened in practice."

Thielen said he "got tangled up" Wednesday but did not provide specifics on how many stitches he received.

"It is what it is," Thielen said. "At that point, you're just trying to figure out how to get out there on Saturday. That's my mindset. Do whatever it takes to get out there Saturday and help this team win."

Thielen's injury was not thought to be significant enough to affect his availability for Saturday, according to league sources, but the Vikings plan to monitor his status closely over the next 48 hours. The wideout would not guarantee he'll be available to play in San Francisco but vowed to do what he can to see the field.

"You just trust the doctors and opinions and do whatever it takes to get out there on Saturday," he said. "I'm preparing for Saturday. ... Whatever [my] role is, I'm going to be out there and doing my thing."

Thielen suffered the injury three days after he caught seven passes for 129 yards against the Saints. That breakout performance came after he totaled 109 total receiving yards in the last five games he played in 2019, including a Week 16 loss to Green Bay in which he was held without a catch.

Meanwhile, wide receiver Stefon Diggs was not on the final injury report after the flu kept him sidelined from practice Tuesday and Wednesday. Diggs said he's "fine" and expects to play Saturday.

"Even if I was 30 percent, I would be out there," Diggs said. "I mean, it's football, and it's that time of the year. Nothing's going to be perfect. A lot of guys have got bumps and bruises, and I won't let a little flu keep me from the game."

"Surgery was a success," the fourth-year cornerback tweeted. 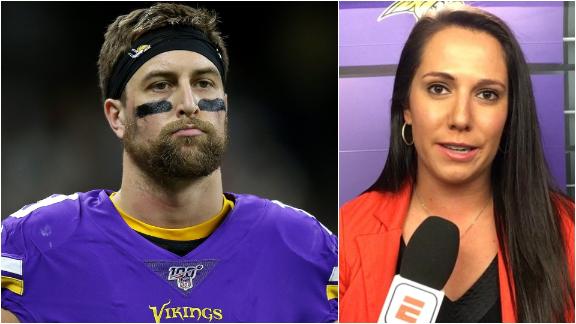