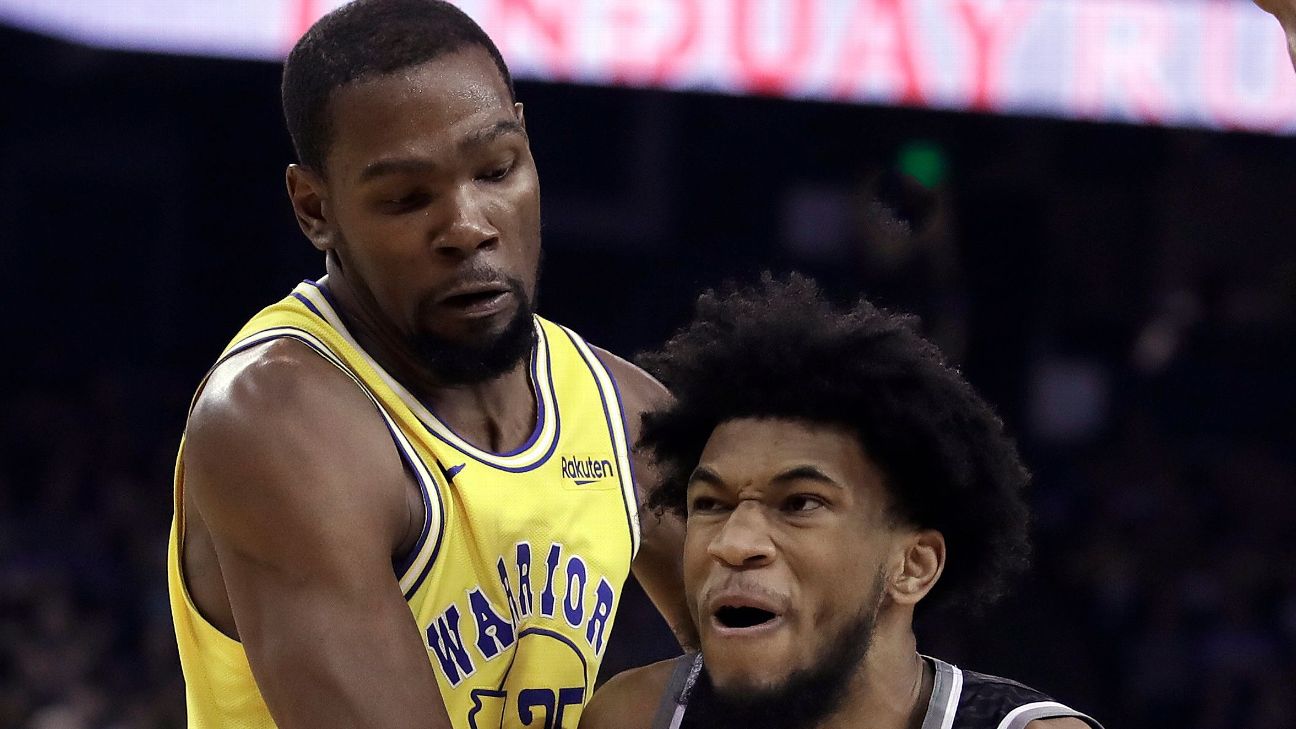 OAKLAND, Calif. -- Golden Statehas defeatedSacramentoall four times the teams have played this season, but the upstart Kings have earned a measure of respect from the defending champions in the process.

"That's the fourth game that we deserved to lose against this team," Warriors star Kevin Durant said after Thursday night's 125-123 winover the Kings. "But [we] just figure it out at the end of the games. ... Sometimes you're not going to win it with the team game and the way we always play. Sometimes you're just going to have to play streetball, you know what I'm saying? I think tonight, throughout spurts of the game, both teams did that."

The Warriors' four wins over the Kings were by a total of 12 points, which is tied for the third-smallest margin of victory in a sweep of four-plus games in NBA history, according to the Elias Sports Bureau.

"They're a good team," Warriors power forward Draymond Green said. "They're scrappy, young, probably the fastest team in the history of the NBA. They never quit, got a lot of young talent, and they're putting it all together."

The Warriors have repeatedly sung the praises of the young Kings throughout the season, a trend that continued after Thursday's back-and-forth play that would have resulted in overtime had Kings guard Buddy Hield knocked down a jumper at the buzzer. Durant's and Green's comments echoed many that the proud Warriors group has made all season.

"I love their team and love what they are doing," Warriors coach Steve Kerr said. "I said it before the game, every time we play them it's high energy and it's beautiful basketball. They are tough to guard. They put a lot of pressure on you, so who knows what is going to happen down the stretch? A lot of really good teams battling for the playoffs, but they are really good."

The Warriors gave up 121.8 points per game to the Kings and still swept them 4-0 in the regular season. That's the most points per game allowed in a sweep of four-plus games over the past 25 seasons, according to ESPN Stats & Information.

Warriors star guard Stephen Curry said he sees similarities between where the Kings are now and where the Warriors were about 10 years ago when Curry was making his way into the league.

"They're all learning experiences," Curry said. "The top teams -- for us I think it was the Lakers, my rookie year, that '09-10 championship team that we wanted to get up for every game. And we'd always play our best, but I think that year it never worked out in our favor, so just one of those games where you're excited to play. But now being on the other side, you've got to understand we get everybody's best shot and they want to beat us really bad, but thankfully we come out on top more often than not. But I definitely have been on the other side of that equation and understand what it feels like."

Green said he knows that while there is no rivalry at the moment, there will be one in the near future.

"At some point it'll definitely be both of us in the playoffs," Green said. "It may happen this year, they're right there, maybe not. We'll see, but it's coming soon.

"As far as a rivalry, man, they're talented. I think rivalry, no disrespect to them, but the other team got to win some games before it can really be a rivalry. But I have no doubt in my mind that that team is going to win a lot of games coming up here soon. Maybe not this year, who knows? But they're putting it together. They're doing a damn good job."

Durant said he felt the same way about the Kings' future.

"I like how fast they play," Durant said. "They shoot a lot of 3s. Buddy Hield's creeping up into that dead-eye shooter range. Because you feel like you can't leave him open, he's going to knock down every one of them. You got Marvin Bagley, athleticism back there. All three of the young guys got energy. [Willie Cauley-]Steinand Harry Giles.So they're just lacking experience in my opinion. I think they're going to be one of those teams to be reckoned with soon."

Green acknowledged with a smile that he hopes the Warriors don't see the Kings in the playoffs.

"Every game we play them dudes, I leave the game exhausted," Green said. "I go home, I'm dead, so hopefully not." 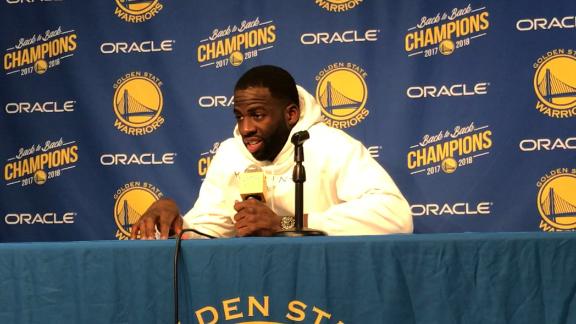