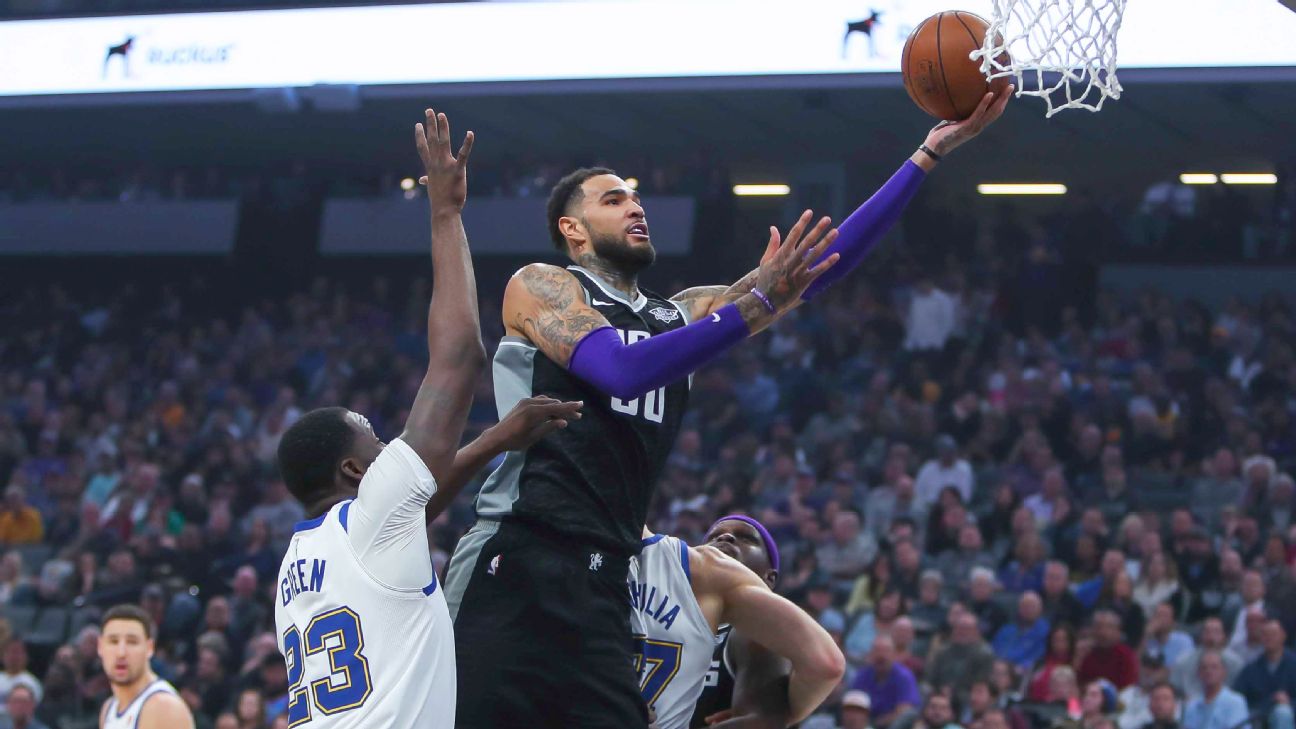 SAN FRANCISCO -- NewWarriorsbig man Willie Cauley-Stein will be sidelined for training camp with a left foot injury, while Klay Thompson is making progress from a July 2 surgery for a torn left anterior cruciate ligament in his left knee but will be out at least until the All-Star break.

General manager Bob Myers said at Monday's media day that Cauley-Stein strained his foot last week while scrimmaging. Cauley-Stein is scheduled to be reevaluated in about a month with an update on his status expected at the end of October.

"It's disappointing for him mostly, I know he was ready to go," Myers said at the new Chase Center, where the Warriors will begin training camp Tuesday. "You like to have new players get a chance to get acclimated in camp, so for him and obviously the coaches, myself, the whole organization, we want him to get back. The good news is he will be back. But camp is a formative time for him and his teammates. Nothing you can do, injuries are clearly a part of it. We want everybody to be healthy. Hopefully he'll be able to watch and pick up on some things without participating and stay as in shape as he possibly can."

The No. 6 pick in the 2015 draft, Cauley-Stein averaged 10.1 points and 6.4 rebounds with the Sacramento Kings last season.

Cauley-Stein was on crutches and in a walking boot. He said it happened playing a pickup game.

"I went for a lob, came down awkward on it, put a lot of pressure on the top of my foot," he said.

Golden State doesn't have its usual depth at center but re-signed Kevon Looney to a three-year contract and he will lead the way.

"Kevon just keeps getting better, whether it's talked about or not he puts the work in," Stephen Curry said.

Looney earned the bulk of the minutes at center during the postseason and even returned from a cartilage fracture in his right collarbone area before re-injuring it.

Other center options for camp are Omari Spellman and Serbian forward Alen Smailagic, who played for the G-League Warriors last season.

"Looney is the starting center. Yeah, I've got bigger plans for Looney anyway," coach Steve Kerr said. "I think I've told you guys that. He's one of our best players. He's moved up the ladder considerably with all of the losses that we've had. So not only is he one of our best players but he's one of the guys who has the most experience and the feel that we need with this group to try to incorporate the young guys."

When told once again he's the oldest player on the roster at age 31, Curry said emphatically, "Stop reminding me!"

The two-time MVP is eager for a new challenge, too.

"As a team, for me, I've just been thinking about how this building is going to create an opportunity for us to kind of walk into a new era, appreciating the accomplishments we have, the five Finals in a row, chasing more, all the things that we did in Oakland and at Oracle, but for all the new guys, we are going to be a different team and embrace that," Curry said.

"So five years ago, when we were really brand new to each other and getting used to one another and getting the system kind of to the point where we felt comfortable with what we were doing," Kerr said. "We were experimenting with a lot of different things before we kind of settled on a rotation and how we were going to play, what our defense would look like exactly. I think that'll be a similar feel this year. We have a lot to experiment with, a lot of combination possibilities, so it's a really, really important camp, and I would say we will have to work much harder than we have had to the last four seasons because of the number of new players. We've got a lot of work to do."