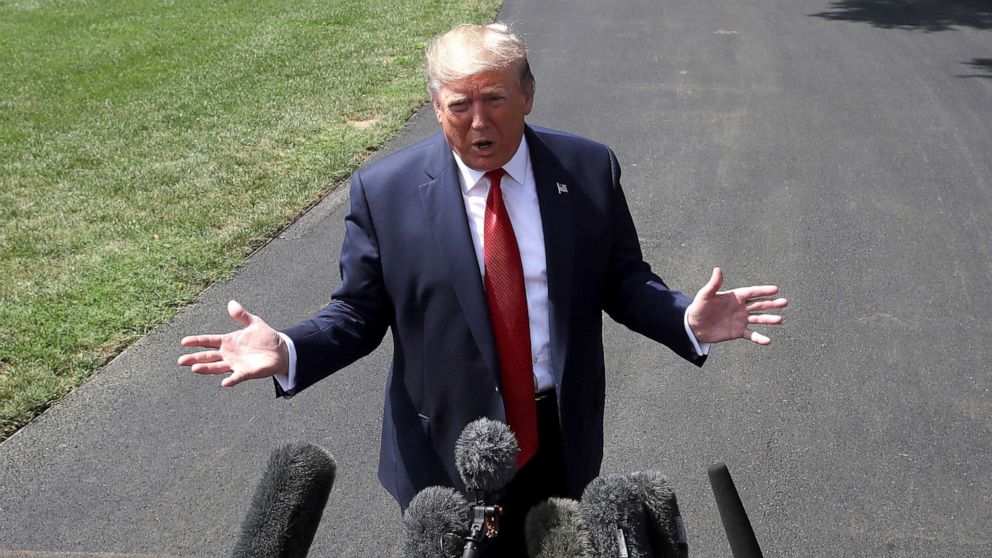 In a surprise announcement over the weekend, President Donald Trump revealed he canceled plans for secret peace talks with Taliban leaders at Camp David.

Negotiations were initially set for Sunday, just days before the anniversary of Sept. 11, but Trump said he called off talks after a Taliban attack in Afghanistan last week killed 12 people, including a U.S. service member.

On ABC's "This Week," Secretary of State Mike Pompeo said the militant group's leaders were not negotiating in good faith and "overreached" when they killed an American. The Taliban said in a statement that the canceled negotiations "would not harm anyone else but the Americans themselves."

It's unclear now where discussions stand on a U.S.-Taliban deal as the president has vowed to withdraw some of the 14,000 remaining U.S. troops in Afghanistan, according to ABC News Chief Global Affairs Correspondent Martha Raddatz on "Start Here."

"One of the issues here is President Trump clearly wants to get out of there, clearly wants to cut the troops -- he's been saying that for a long time, so the Taliban knows that," she says. "That's not a great negotiating strategy if they know you want to cut down the troops and they just wait you out."

Pressure is building on Congress and Trump to act on gun legislation as lawmakers return to Washington, D.C., following a summer of multiple mass shootings.

The public support may be there on gun reform, but any movement in Congress will come down to whether the president will back gun measures, according to ABC News Political Director Rick Klein.

"If something is going to happen, it's going to be because President Trump wants it to happen," he says.

The death toll from Hurricane Dorian in the Bahamas has increased to 45 as hundreds of people are still missing.

As rescue officials continue to battle flooding and debris to reach some of the communities that were devastated by the massive storm, the future of the Bahamas is uncertain, says ABC News' Marcus Moore, who was hunkered down in Marsh Harbour when Dorian hit as a Category 5 hurricane.

"These islands will be in the process of rebuilding for quite some time ... without a doubt, this is going to take years," he tells "Start Here."

U.K. Prime Minister Boris Johnson, who has said he would "rather be dead in a ditch" than ask Brussels to delay the Oct. 31 deadline for Britain's exit from the European Union, is standing by his Brexit plan despite Parliament voting to require him to request an extension.

"His whole mantra is that he is the man who's going to deliver Brexit at the end of the month," ABC News Foreign Editor Marcus Wilford tells the podcast. "The question is, what's he going to do?"

Johnson could defy Parliament and ignore the legal mandate to ask for a delay, or he could resign in the face of a coalition of opposition parties that remains united against his calls for new elections and his minority government, according to Wilford.

Ongoing investigation: The FBI, ATF and local authorities served search warrants at the offices of Truth Aquatics on Sunday, the owners of the boat that burst into flames and killed 34 people last week in California, as they continue to look into the tragedy.

Mosquito fears: A person has died in Michigan after they contracted Eastern equine encephalitis, a rare mosquito-borne illness than can cause swelling in the brain.

Husband accused of murder: Almost two months after a 33-year-old California mother went missing, her husband has been arrested and charged with murder.

Search for survivors: Four crew members from a large cargo ship that tipped on its side and burst into flames off the Georgia coast have yet to be found, authorities said.

How Much Trouble Could Mark Sanford Cause Trump In The 2020 GOP Primary? Mark Sanford, the former congressman and governor from South Carolina, is no stranger to criticizing President Trump.

"Military family" takes on new meaning for a set of sisters who made history as the first to both attain the rank of general in U.S. Army.

Parents and their children, relatives, spouses and even identical siblings have previously risen through various ranks of the U.S. Army together, according to the military service, but this is the first time in 244 years that a pair of sisters -- Maj. Gen. Maria Lodi Barrett and her younger sister Brig. Gen. Paula Lodi -- is pulling rank in tandem.

Acting Secretary of the Army Ryan D. McCarthy said the sisters "represent the best America has to offer."