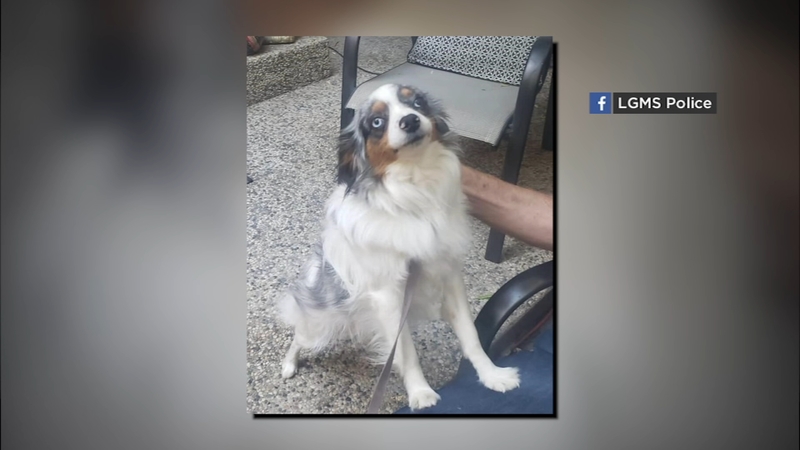 LOS GATOS, Calif. (KGO) -- Los Gatos police are asking the public to be on the lookout for a stolen dog.

Bowie is a 2-year-old miniature Australian Shepherd. He was tied up outside the Safeway on North Santa Cruz Avenue Friday afternoon when a woman took him, police said.

The woman is described as a middle-aged Caucasian woman with long reddish hair. She drove off in a black Mercedes Benz SUV.

Bowie is recognizable because his right eye is light blue and his left eye is blue and brown. He is approximately 15 pounds and was wearing a blue collar.

****HELP NEEDED!****
Around 4:05 pm on Friday Aug 6, a female suspect was recorded taking a miniature Australian Shepard named “Bowie” that was tied up in front of the N Santa Cruz Safeway. For more info on this case visit: https://t.co/djFNrKtf0m @TownLG #helpneeded pic.twitter.com/6uP7WS9Bnn