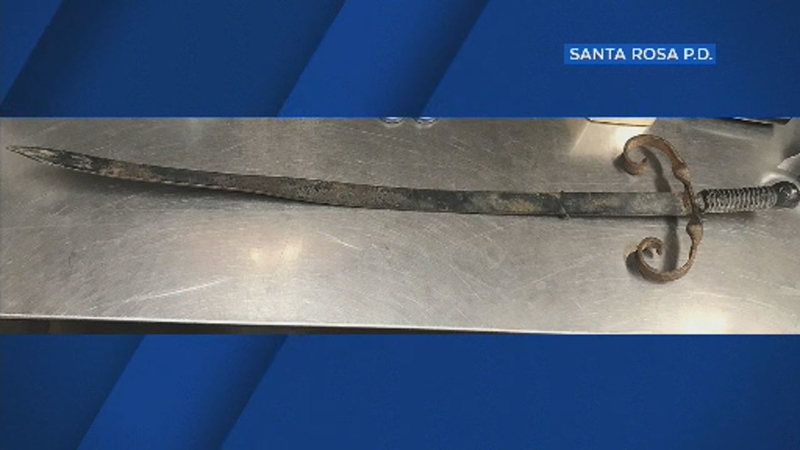 SANTA ROSA, Calif. (KGO) -- There was a scary moment for neighbors in the North Bay when police say a man with sword went on the attack.

The Santa Rosa Police Department released a picture of the 3-foot-long sword.

According to police, the 23-year-old man used the weapon to break into a car before hurting two people.

One person was stabbed in the face, another was hit in the leg with the sword, police said. Both are expected to be OK.

The incident happened on West 9th Street near Warren Lane on Monday night.

"Arriving officers learned two neighbors were in an argument, while one of them was inside a parked vehicle. The suspect broke through a vehicle window with a blunt object, stabbing the victim in the face," said Santa Rosa police in a statement.

The second victim was hurt after trying to intervene.

Police say Brian Rivas-Lagunes was taken into custody on two counts of assault with a deadly weapon and vandalism.