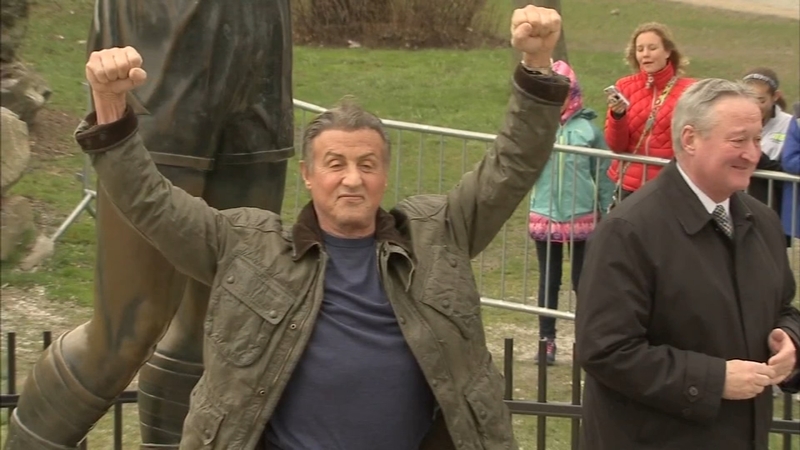 While Sylvester Stallone says he continues to regret never having an equity stake in the "Rocky" movies, he is hoping to put on the gloves of the famous Philly fighter at least one more time.

In an interview with "Variety," Stallone revealed he is working on a new film where Rocky will befriend a young street fighter who is living in the United States illegally.

"Rocky meets a young, angry person who got stuck in this country when he comes to see his sister. He takes him into his life, and unbelievable adventures begin, and they wind up south of the border. It's very, very timely," Stallone said.

"Rocky" producer Irwin Winkler told the media publication that negotiations are underway for Stallone to write and star.

Stallone also announced there are ongoing discussions concerning a "Rocky" prequel TV series. Variety reports it would most likely be for a streaming platform.

During the interview, Stallone lamented that he didn't fight hard enough to get any ownership of the "Rocky" franchise that he conceived.

"It was shocking that it never came to be, but I was told, 'Hey, you got paid, so what are you complaining about?' I was furious," Stallone told "Variety."

Stallone said he believes the franchise is still so popular because "people can relate it to it on a subliminal level."

"He was the most insecure fighter ever. He just had no belief in himself whatsoever, and I think a lot of people feel that way. They see the character in the film overcome it, and they say, 'You know, I could do that too,'" Stallone said.

Though late last year, Stallone's social media posts suggested he was hanging up the role for good, it looks like things have changed.

According to Stallone, people will get another opportunity to relate to his no-nonsense Philly fighter, because - "There's a good chance that 'Rocky' may ride again."