SANTA ROSA, Calif. (KGO) -- Nine months after the North Bay Fires destroyed thousands of homes and dozens of lives, a Santa Rosa filmmaker released a documentary about the early hours of the devastating fire.

The film starts with interviews of Santa Rosa residents who evacuated their homes and dramatic cell phone video from the first hours of the fires on October 9. The film premiered to a sold out crowd at Santa Rosa's Roxy Theater, many of whom were moved to tears.

Elena Traboulsa evacuated her home in Santa Rosa during the fires and after seeing the film said, "it's been 9 months, but it feels like it's (sic) been yesterday, so it's still very fresh for our community."

"It was hitting me that we got deputies at work right now, their houses burned while they were working and they're out rescuing people," said Sonoma County Sheriff Rob Giordano in the documentary. He and other first responders attended Thursday night's premier. He told ABC7, "This is the kind of community support since we've had since day one, hour one, people like Mr. Seager making this movie and doing it to raise money for victims is huge."

When filmmaker, Dr. Steven Seager evacuated his Santa Rosa home, he knew he had to make the documentary. He brought on several producers, including Michael O'Shea, the president of Amaturo Sonoma Media Group, which owns Santa Rosa news radio station, KSRO, which was a critical source of information for residents during the fires. "We put together, what has turned out to be, I feel, a very sensitive, a very compassionate, extremely caring, with love, motion picture," said O'Shea.

All the proceeds of the premier and future showings at 3rd Street Cinemas in Santa Rosa will go to the Sonoma County Resilience Fund for ongoing fire relief. 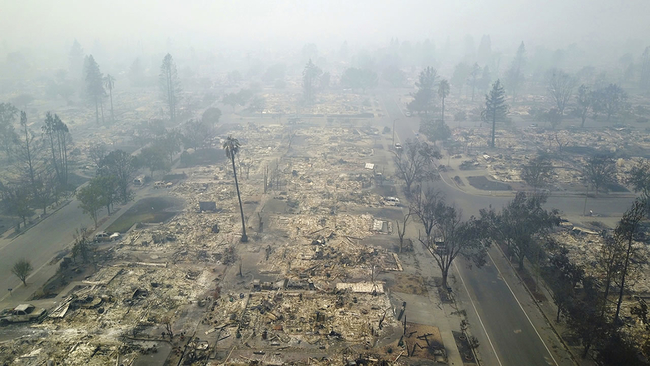