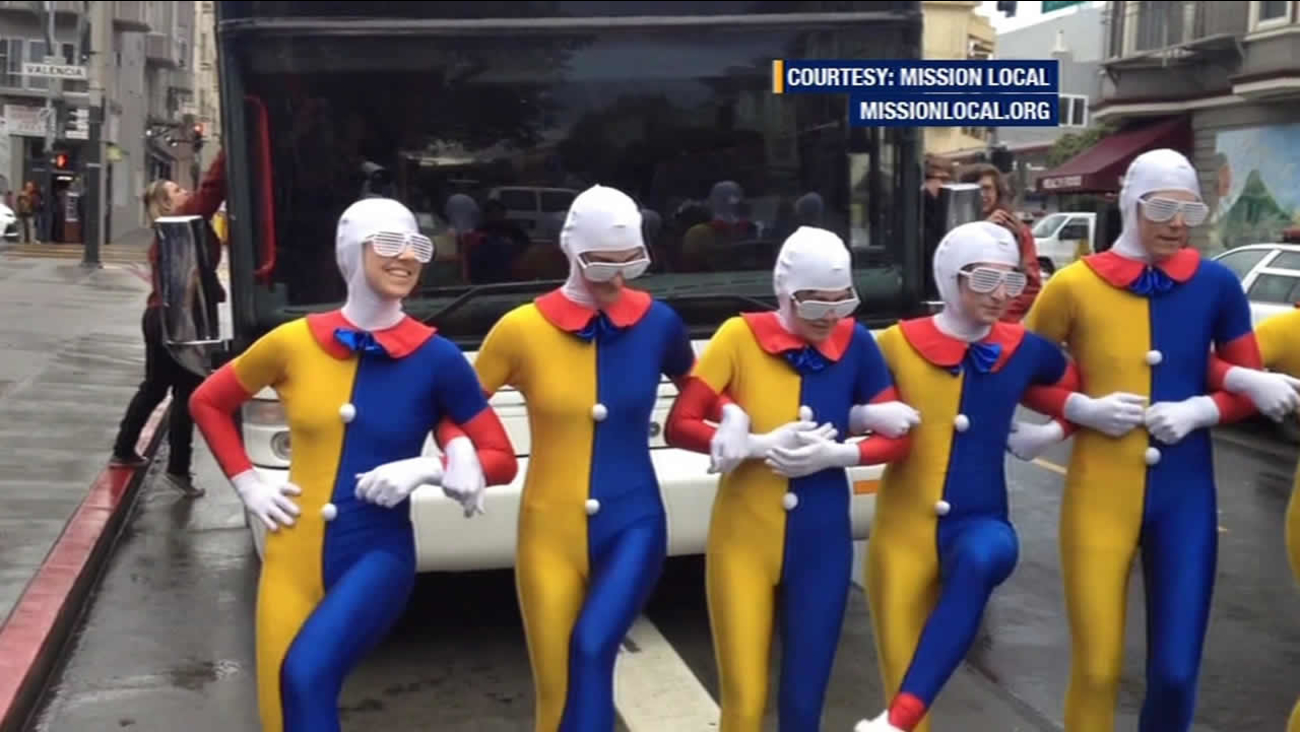 KGO
SAN FRANCISCO (KGO) -- San Francisco's attempt to regulate those so-called "Google buses" is in the hands of the Board of Supervisors, who met Tuesday afternoon. Opponents say a proposed pilot project needs an environmental review and until then, they are promising to stop it.

Activists and acrobats protested outside a Google bus in at 24th and Valencia streets Tuesday morning, holding up the commute for some tech workers.

The San Francisco Municipal Transportation Agency and the Planning Department say and environmental review is not needed because this is just a pilot program that is slated to begin July 1. However, the critics say they do need one.

More than 17,000 people in San Francisco commute to and from work each day on employee shuttles, many heading to high tech jobs on the peninsula.

The private luxury buses using public Muni stops for their passengers have become a growing source of tension and protests like the one Tuesday morning in the Mission neighborhood.

The MTA now proposes to regulate by charging the shuttles $1 per stop per day as a pilot program, but a coalition of opponents say the program cannot go forward without an environmental review and they are appealing to the Board of Supervisors.

Some project supporters believe critics are using the issue as a way to blame high tech workers for the skyrocketing cost of living. The head of a local merchants association believes that's misplaced.

"These people are spending money. It's helping us to be successful, to stay in business," said Henry Karnilowicz, a shuttle project supporter.

"We're not a bunch of haters," said Crews.

She says their concern is solely environmental, which according to their appeal, "includes the displacement of people and housing... (and) low-income communities."

The director of the MTA, Ed Reiskin, says a lengthy environmental review will doom the project. He told ABC7 News, "And the unregulated, ad hoc experience that we have right now with these shuttle buses would more or less continue."

And if so, the protests will too.